The MAA approach was described in a presentation to the EDA Military Airworthiness Authorities (MAWA) Forum in October 2015 (downloadable here). 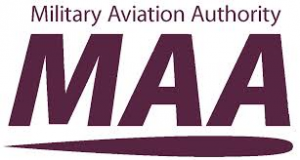 The changes introduce concepts such as design organisation privileges, a changed product rule concept and revised oversight and assurance levels for different type of modification.  The UK has however decided that the Military Type Certificate Holder (MTCH) shall be the air system Type Airworthiness Authority (TAA) within DE&S.

When the MRPs were first issued in 2011, the design regulations were mostly derived from Defence Standard (DEFSTAN) 05-123.  However since 2008 the European Defence Agency (EDA) had been sponsoring the development of a European military requirements broadly equivalent to the civil European Aviation Safety Agency (EASA) Part 21 regulations.

An EDA funded study (conducted by Eurocopter, now Airbus Helicopters) estimated that the adoption of the EMARS would deliver a reduction of up to 50% of the development time and at least 10% of development costs up to initial-type certification. Significant further cost savings could also be achieved during the in-service phase.

Following preparations that began in April 2013 (involving the MAA, ADS and DE&S Airworthiness Team [DAT]), two rounds on Notice of Proposed Amendment were issued in 2015 and 2016 (described in updates to our original 2014 feature article on the project).

Aerossurance are aviation consultants with extensive experience with UK and European, civil and military airworthiness regulation, including the UK MRPs.  This includes direct experience with the UK military type certification of several air systems and gaining/maintaining MAA organisational approvals and liaison between ADS, MAA and DE&S.

For expert practical advice you can trust on the MRPs, DAOS and EMAR 21, contact us at: enquiries@aerossurance.com