Fire bombing, as show in this video of training, was unlikely to have been something envisaged in the early 1970s as the then HS146, was on the drawing board.

Neptune Aviation Services, whose name neatly indicates their initial operation of ex-US Navy Lockheed P-2 Neptunes, is one of four companies in North America that have selected the BAe 146/Avro RJ for conversion.

BAE, who are providing design support, described the four companies as follows in 2013:

Conair Group Inc of Abbotsford, British Columbia, Canada, the largest air tanker operator in the world with a fleet of around 50 fixed-wing special mission aircraft, including Convair 580 Conair Firecats, Douglas DC-6 and Lockheed Electra Airtankers. Operating for over 40 years, Conair has selected the Avro RJ85 for its conversion programme and a number of aircraft have been delivered so far from regional aircraft lessor, Falko Regional Aircraft.

Tronos Plc/Neptune Aviation Services – Tronos Plc, a UK-based BAe 146 aircraft lessor with a MRO facility in Prince Edward Island, Canada, has developed a BAe 146 Airtanker and the first two have been delivered to Neptune Aviation Services of Missoula, Montana, with a further two under conversion in Canada. Apart from the BAe 146 Airtankers Neptune operates a fleet of eight Neptunes in this role.

Minden Air of Minden, Nevada which has recently completed the conversion of its first BAe 146 Fireliner and which is now undergoing extensive flight testing. A second aircraft is under conversion and eventually these aircraft will replace the venerable Neptunes currently in service with Minden Air.

Air Spray who operate from Red Deer Regional Airport, Alberta, Canada and Chico Airport, California, has been flying as an airtanker operator for over 45 years and currently has a fleet 35 aircraft including Lockheed L188 Electras, AT802s and the largest fleet of Twin Commander 690 aircraft in the world. It has two BAe 146-200 that will be available for the 2015 fire season. 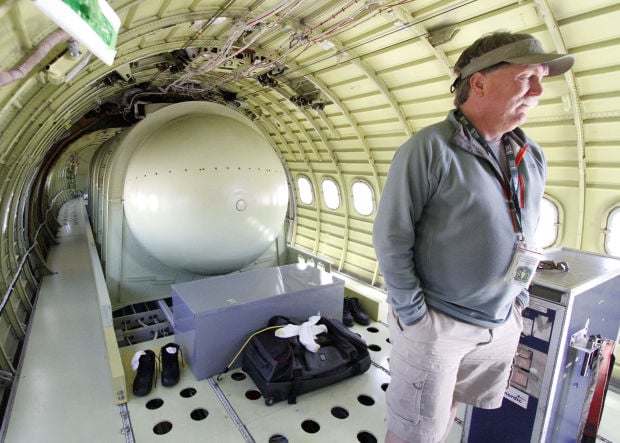 They are 3,000 gallon US Forest Service Type 1 Airtankers, which forms the bulk of the fire-fighting fleet in North America. We estimate that the extreme nature of this wildfire flying means that for every BAe 146/Avro RJ flight cycle on a typical mission, the impact for structural and fatigue life is estimated to be the equivalent of between four and seven flight cycles of normal flight. This figure will be validated during the initial years of operation and might vary due to the nature of the Airtanker design.

This type of specialist service is one which we can provide to these operators and the authorities are pleased that we, as the Original Equipment Manufacturer, are taking such a close interest in these programmes. The specialist design and engineering services provided by BAE Systems Regional Aircraft to these operators/conversions in support of their individual tanker designs include aerodynamic/computational fluid dynamics analysis; dynamic loads assessment; structural analysis; technical data packs; flight test planning and analysis; and flight test engineers and pilots.

In December 2013 Aero Flite’s Avro RJ85 Tanker 160 undertook a retardant drop demonstration at Fox Field, California. Typically 20 to 25 drops are conducted over a two or three day period. The process involves dropping retardant over a test grid of thousands of cups, to measure the dispersion pattern. Aerossurance has previously reported on the conversion of DC-10s for firebombing.

Not all tanker conversions have been successful.  The conversion of rear-engined Boeing MD87s was beset with engine ingestion and surge issues.

UPDATE 27 July 2018:  Aerospace magazine looks at how specially adapted fixed and rotary-wing aircraft are being used to fight wildfires in Europe, the US and Canada.

For expert advice you can trust on contracting for, design & conversion of and operation of special mission aircraft, contact aviation consultants Aerossurance at enquiries@aerossurance.com