The contract to provide Elementary, Basic and Multi-Engined training aircraft to the UK Military Flying Training System (UKMFTS) through to 2033 has been awarded.

Ascent, selected as the UK MOD’s flying training partner in 2008, will deliver the instruction, infrastructure and support and has awarded the ~£500 million aircraft service provision (ASP) contract to Affinity Flying Training Services, a joint venture of Elbit and KBR. 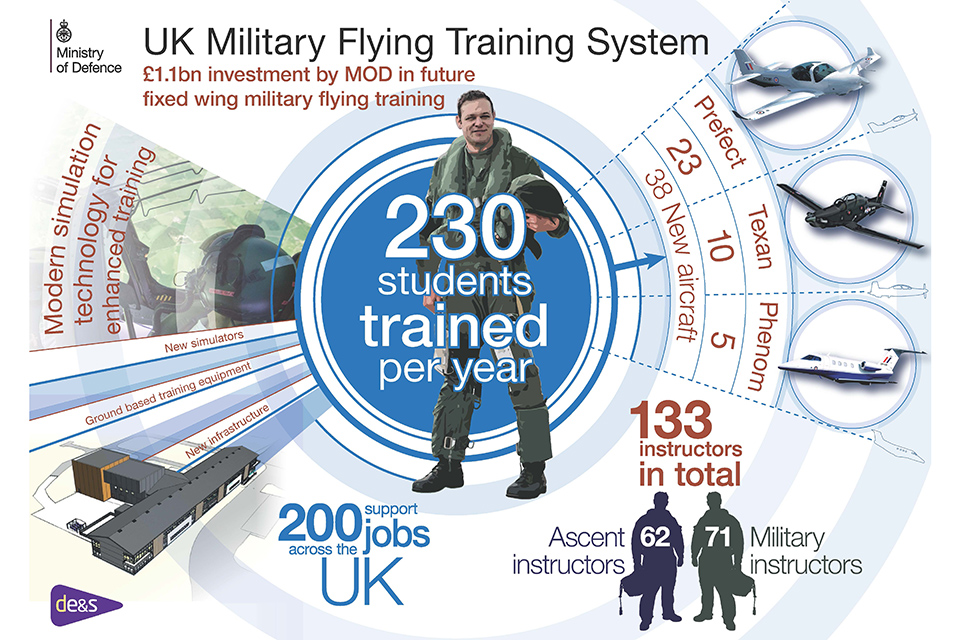 A total of 38 aircraft of three types are involved, with operations commencing between 2018 and 2019 with a mix of civil (Ascent) and military instructors.  All feature modern glass cockpits and have been civil certified previously.

Twenty three Grob 120TP aircraft will be used for EFT.  While made by Grob, the G120TP (discussed in this 2011 Flight International test pilot review by the late Pete Collins) is a retractable landing gear turboprop trainer that is substantially more advanced that the current Grob 115E Tutor.  We discussed the certification of the glass cockpit G120TP in 2014. They are to be designated the Prefect TMk1 in UK military service.  They will carry military serials ZM300 to ZM322.  The first will be Manufacturer’s Serial Number (MSN) 11099. 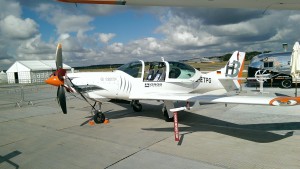 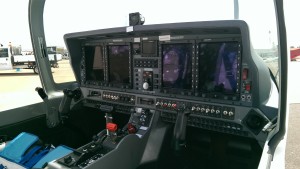 UPDATE 17 November 2016: The first Prefects, now on the UK civil register, but later to move to the military register have arrived at RAF Cranwell. 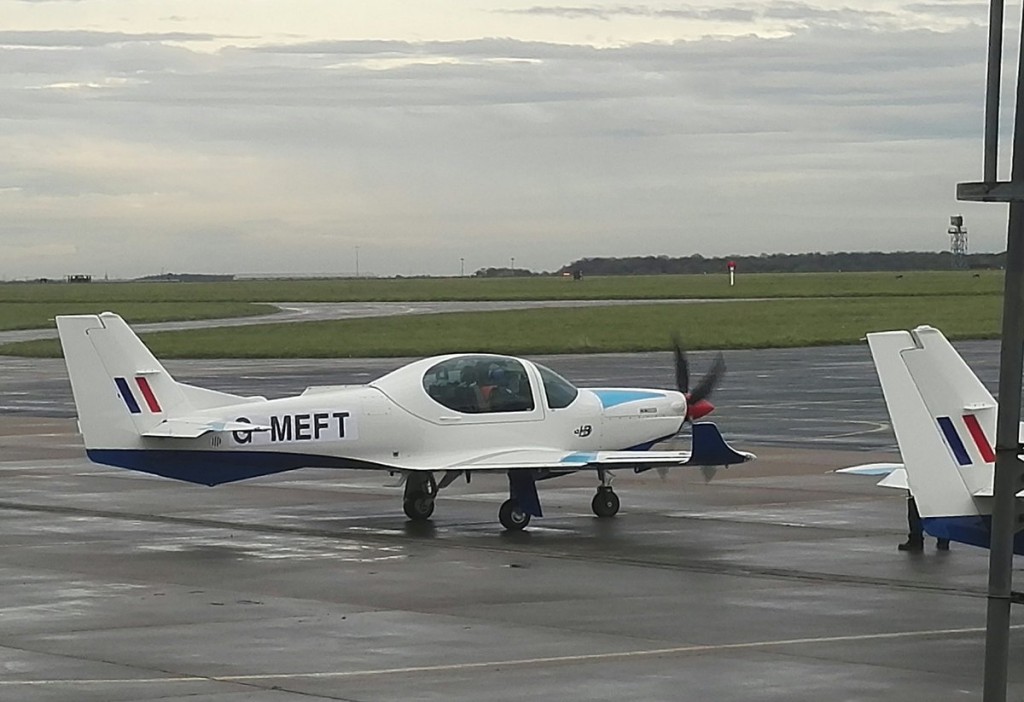 UPDATE 18 November 2016: “We are delighted to have delivered these aircraft only 9 months after contract award said Andrew Barrie, Head of KBR’s UK Government Services business (part owner of Affinity). “We are proud to be a part of this significant project and look forward to seeing more aircraft coming on stream next year.” 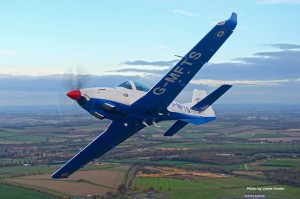 UPDATE 7 March 2017: Having accepted a 3rd Grob 120TP Prefect in March, the 4th and 5th were delivered to Affinity at RAF Cranwell today. 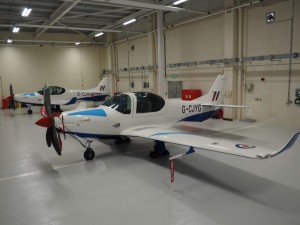 UPDATE 29 June 2017: Seven Grob 120TP Prefects have now been delivered according to Ascent.

Ten Beechcraft T-6C Texan IIs (or Beechcraft 3000) will be used in the BFT role (replacing Shorts Tucanos based at RAF Linton-on-Ouse).  The T-6 is a development of the Pilatus PC-9 that won the US Navy managed Joint Primary Aircraft Training System (JPATS) competition in the 1990s.  The BBC report these will be based at RAF Valley.  They will carry military serials ZM323 to ZM332. 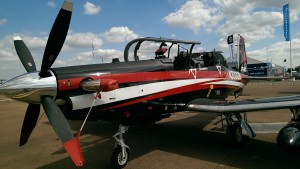 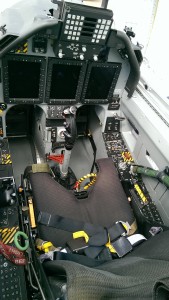 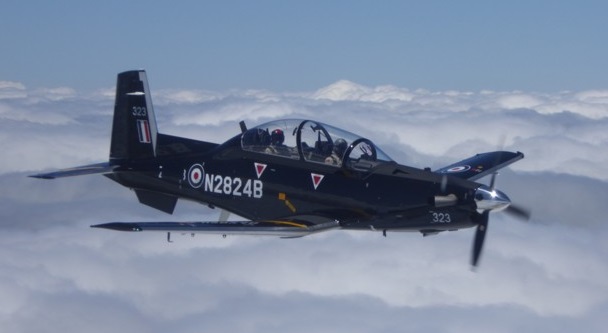 First Beechcraft T-6C Texan II In Flight in the US (Credit: Affinity)

The flight of our first Texan is a significant milestone in our programme, with all 3 of our new aircraft [types] now having flown, and the organisation now working up to service delivery in July of this year. We look forward to seeing all of our aircraft together for the first time at RIAT in just a few weeks, and encourage visitors to the show to come and see our stand. 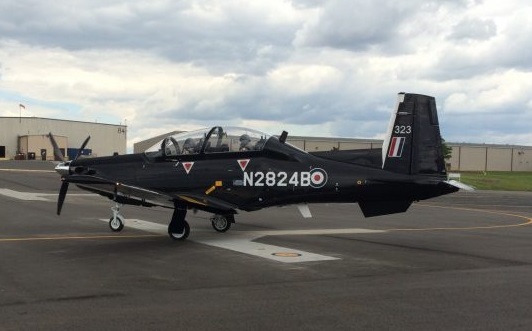 UPDATE 16 February 2018: The first pair are delivered to RAF Valley: 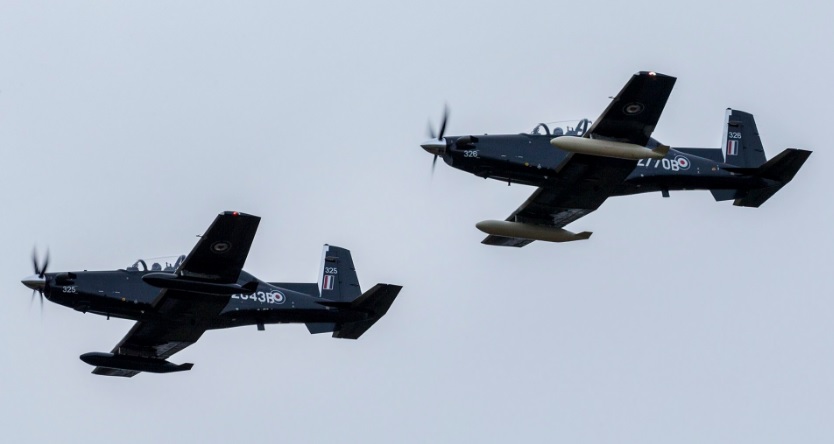 Five Embraer EMB-500 Phenom 100s will be used in the MEPT role replacing Beechcraft Kingair 200s based at RAF Cranwell.  They will carry military serials ZM333 to ZM337. 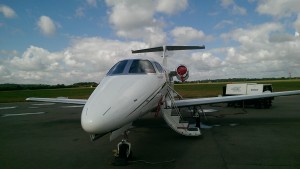 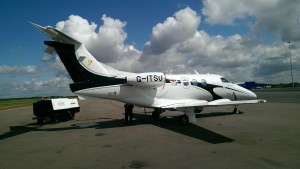 …at Al Ain International (AAN), where the Etihad Airways subsidiary is based. The training program was established to train ab-initio pilots for the airline’s rapidly expanding fleet. A second Phenom 100E is scheduled to arrive at the flight college’s base later this month. Two additional jets will be delivered in early 2017. 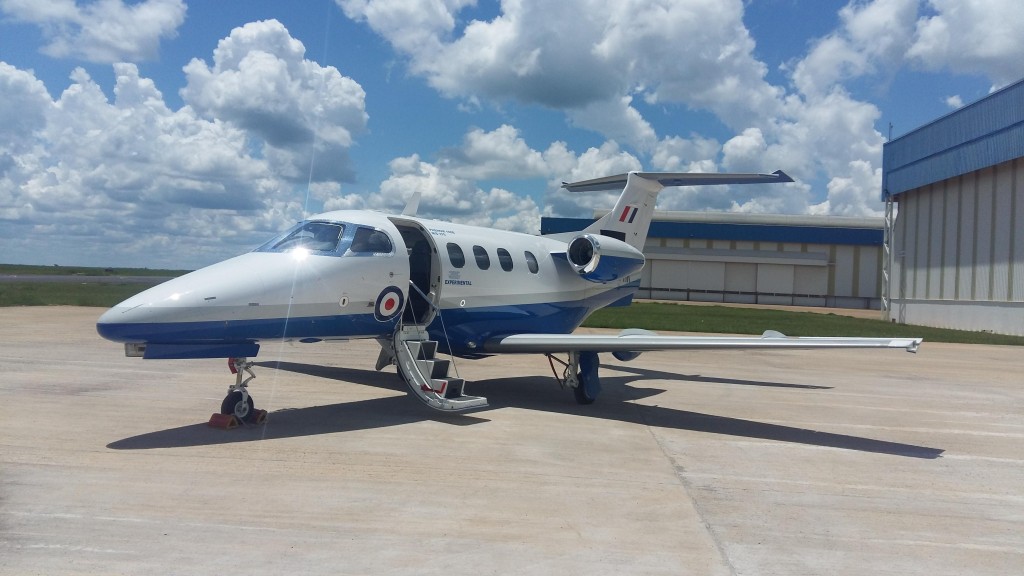 The UK MFTS Fixed Wing Contract provides enhanced synthetic and live flying training for the UK’s military aircrew out to 2033. The service employs modern, adaptable and sustainable systems which exploit the advantages of the simulated environment to prepare our aircrew to meet the challenges of future combat operations.

This contract will replace legacy fleets of aircraft with new, modern platforms that better replicate the aircraft used by front line operational squadrons.

Up-to-date training methods will also be developed to ensure that students are able to progress to operational training more efficiently and provide value for money.

We have commercial arrangements in place with our suppliers in the event that the needs of our clients should change in the coming years.

These aircraft are maintained by Cobham under contract to Ascent.  UPDATE 28 June 2016: Cobham to provide UKMFTS Contract Extension worth £16M  This contract extension, which will commence in July 2016 and will run for a further 4 years, with the option of a further one year extension.

Ascent are still to award the Rotary Wing ASP contract.

UPDATE 5 February 2016: Defence News reports a decision on a winning RW ASP between Airbus Helicopters and Cobham Helicopter Services (formerly FBH)  is “expected in the next two months or so”.  They go on:

The MoD has set a target date of April 2018 for what is describes as initial course capability with the new helicopters .

Neither of the shortlisted bidders have publicly declared what platform types will be offered to Ascent but media reports here have previously said Airbus is offering the EC145 and EC135 and rival Cobham is offering the Finmeccanica Helicopter Division’s AW109 and AW139.