The UK Maritime and Coastguard Agency issued this video in 2011 on their anti-pollution airborne dispersant spraying and surveillance assets.

The video describes their two sesnor equipped surveillance aircraft.  It goes onto show their airborne dispersant spray capability being demonstrated in Lyme Bay, using both a small Cessna Caravan II and a Lockheed Electra, doing runs at 300ft and then 50ft.

The MCA’s fixed wing contract is held by RVL Group.  The elderly Electras were withdrawn in 2013.

UPDATE 26 April 2016: OSRL has commissioned its first UK based 727 dispersant aircraft with a TERSUS dispersant system.

UPDATE 12 July 2016: OSRL’s first 727, G-OSRA, operated by 2Excel, was displayed at Farnborough International Airshow in July 2016.  It has since been joined by G-OSRB. 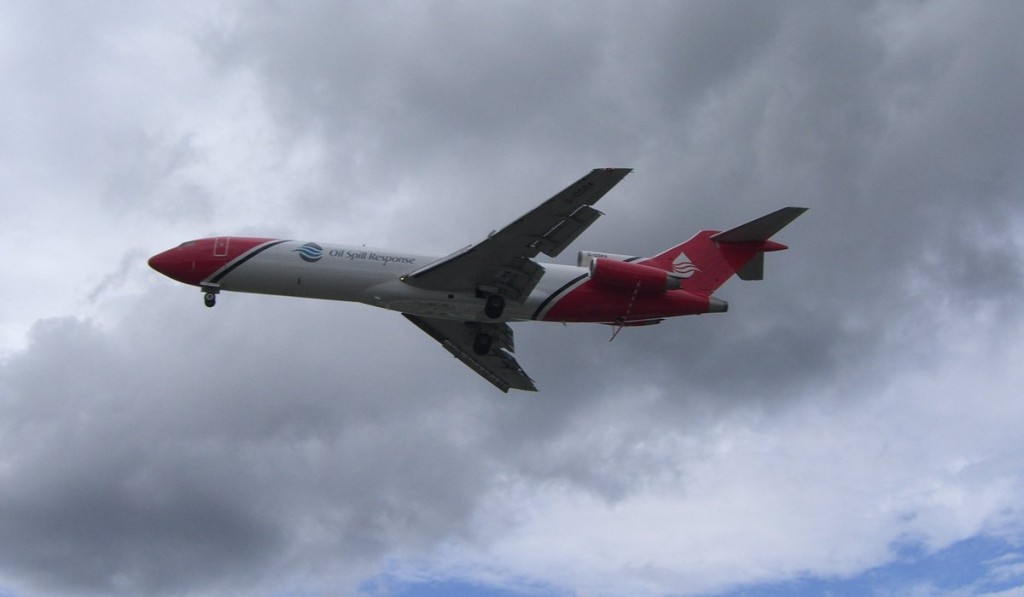 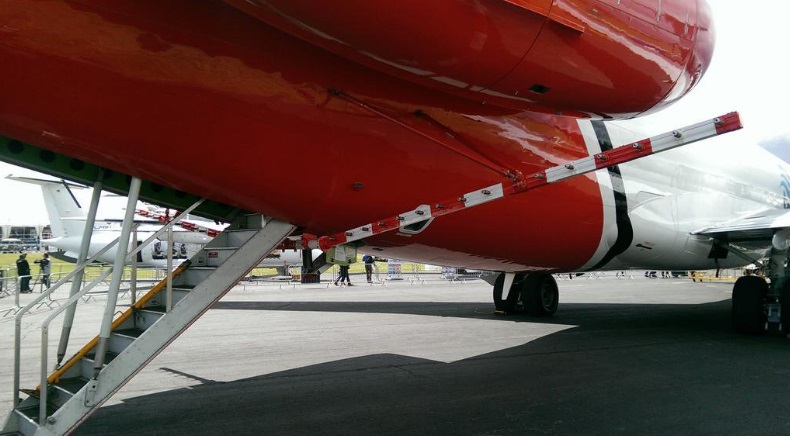 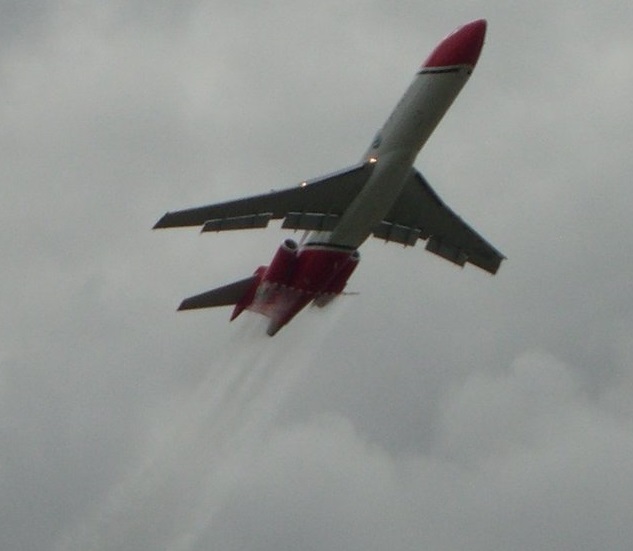 UPDATE 14 September 2016: Both OSRL 727s were in action for an exercise off the Isle of Wight today.

For expert advice you can trust on contracting for, design & conversion of and operation of special mission aircraft, contact us at enquiries@aerossurance.com