Airbus Helicopters have announced they have selected the Turbomeca (Safran) Arrano as the sole engine for their new medium helicopter the X4 (UPDATE: to be named the H160).  Airbus has also dropped the option of the Pratt & Whitney Canada PW210E (a development of the PW210S in the Sikorsky S-76D).

At the conclusion of this preliminary phase, and founded upon a comprehensive market assessment, Airbus Helicopters has decided to amend the product positioning, consequently necessitating a significant engine power increase.

It can be concluded that at least one prototype will still be PW210E equipped.

The X4, the anticipated 5-6t replacement for the AS365N Dauphin / EC155 family, was announced at the Paris Air Show in June 2011, but Airbus Helicopters has been relatively tight lipped on the design.  While the latest new offering in the medium helicopter sector is the S-76D, a long awaited derivative of the S-76 line, it is reasonable to expect a major design target will have been to offer a competitive advantage over the very popular AgustaWestland AW139 (which has recently achieved over 1 million flying hours).  One possible advantage may be a lower D value for operation from more confined helidecks.

An additional market challenge has been the emergence of the new super-medium category of helicopters such as the Airbus Helicopters’ own EC175, AgustaWestland AW189 and Bell 525.  However, some have speculated that the power increase means the X4 will have a higher max take off mass than previously expected.

In February 2014 it was reported that:

An avionics iron bird, dubbed “Helicopter Zero,” has entered its test campaign. The aircraft will use the company’s Blue Edge blades, which feature a hockey stick-shaped leading edge at the outer tip, designed to reduce the noise generated by blade-vortex interaction (BVI), the pulsating sound created when the tip of a rotor blade hits the vortex shed by the tip of the preceding blade. The aim is to reduce noise by up to five dB. The blades—in development since 2007—have completed 150 flying hours fitted to an EC155 testbed flying out of Airbus’ facility at Marignane, near Marseille.

On 10 December 2014, Airbus Helicopters’ CEO Guillaume Faury confirmed that they had “powered on” the first X4 prototype a few days earlier.  The X4 is expected to fly during 2015 with a mock-up being unveiled at Heli-Expo in Orlando on 3 March 2015.  X4 entry into service is expected in 2017/2018.

While the X4 was originally touted to introduce some radically new cockpit technology and fly-by-wire controls (as planned for the B525) after three years in service, it is now reported that Airbus Helicopters intends to focus on the use of their Helionix avionics suite, that has recently entered service on the EC175 and EC145T2 after an admittedly painful development process.  This will also give some commonality for operators using multiple types, in the same way that AgustaWestland are marketing a family concept with the AW169/AW139/AW189.

X4 Artist Impression or Artistic Licence? We find out at Heli-Expo. 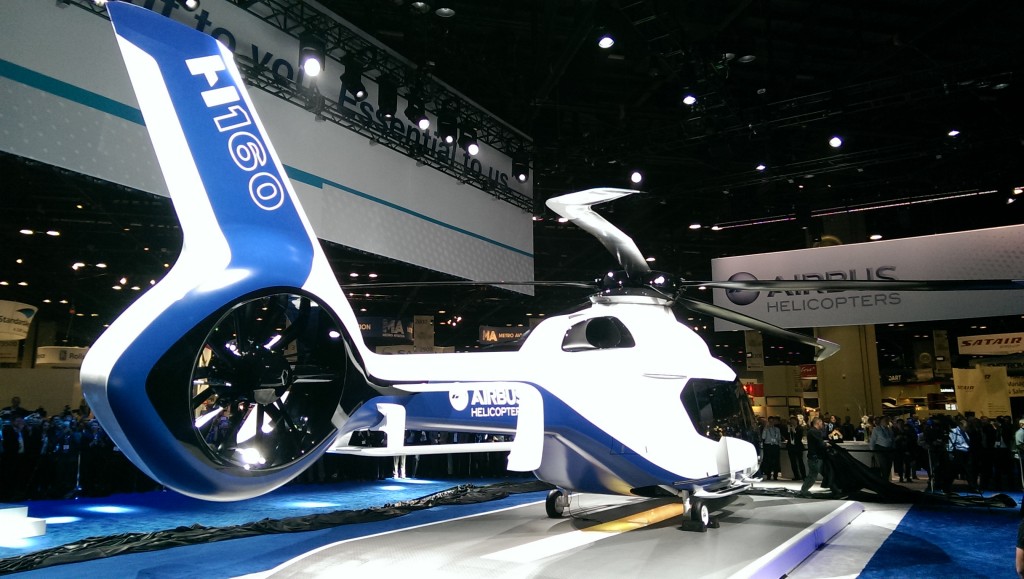 The Arrano (‘eagle’ in the Basque language) is the commercial name for the TM800 engine (not to be confused with the Honeywell/Rolls-Royce LHTEC [Light Helicopter Turbine Engine Company] CTS800/T800).  The engine, originally pitched in the 1100 shp (800 kW) class, benefited from the earlier technology demonstrator programme, the Tech 800. 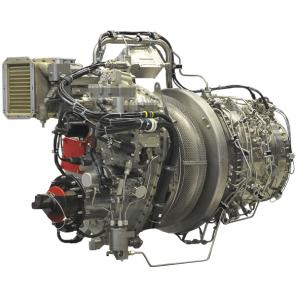 The engine first ran in February 2014.  By October 2014 it was reported that Turbomeca was running three prototypes. Maxime Faribault, executive vice president for OEM sales, reported better than anticipated performance: “This is especially true for fuel burn, which will be 10- to 15-percent below that of existing engines”.  First flight with the Arrano is now expected this year as Turbomeca have reportedly committed to accelerating development.

UPDATE 26 June 2016: Safran say that they have managed to stabilise a flame in a swirling flow of mixed air and fuel in the combustor and thus been able to halve the number of fuel injectors.  This results in improved efficiency.

UPDATE 19 February 2018:  H160 prototype coming to Heli-Expo before embarking on US demo tour

Following the show, the aircraft will be available for demonstration flights with prospective customers, and will complete the expansion of its flight envelope with hot and high testing in Leadville, Colorado.

A third H160 prototype… joined the flight program in October 2017, and between them, the three prototypes have now flown about 650 hours. Airbus expects to have flown more than 1,000 hours on the type by the time the first aircraft enters service.

The Arrano engine has been performing better than expected say Airbus.

Aerossurance is an Aberdeen based aviation consultancy with extensive experience of helicopter / engine design, performance and certification, aircraft selection, introduction to service and helicopter operations.  For aviation advice you can trust, contact us at: enquiries@aerossurance.com