Earlier this year the German accident investigation agency, the BFU, published their report into Helicopter Emergency Medical Service (HEMS) Bell 412HP that suffered a rear cross tube failure during start up at a hospital in Berlin on 6 September 2010. 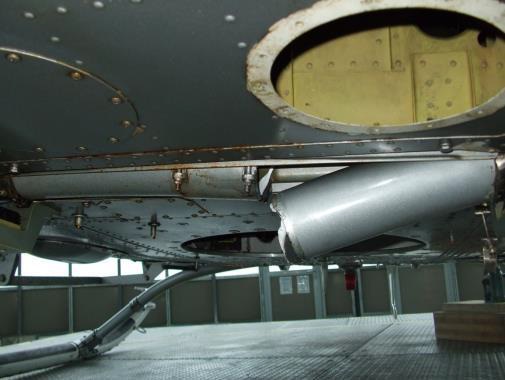 The helicopter was fitted with ‘high’ skids manufactured by Aeronautical Accessories Inc (AAI) and certified under Supplementary Type Certificate (STC) SR01052AT.  The skids are supported by forward and after cross tubes.  The rear cross tube is mounted to the underside of the fuselage by way of a single central bracket made of two ‘half shells’ (the earlier Bell 205 and Bell 212 had two attachment points). 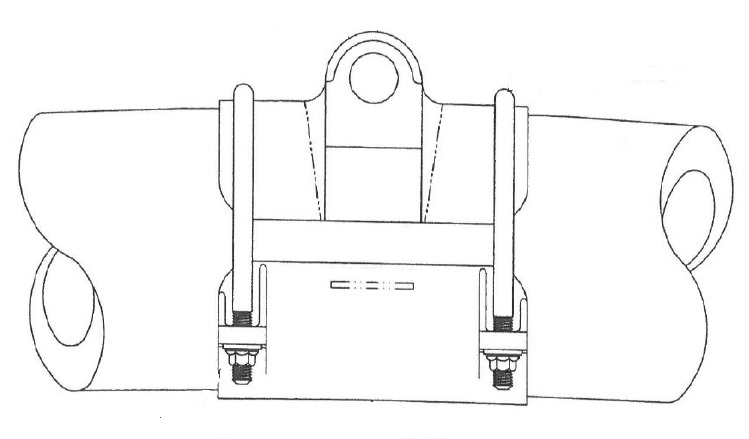 The high aft cross tube was fractured on the right edge of the half shell.  The fractured cross tube damaged the right fuselage bottom side. The damaged tail boom rested on the filling station [sic i.e. the helideck fuel facility] and the wall of the landing platform behind the helicopter. 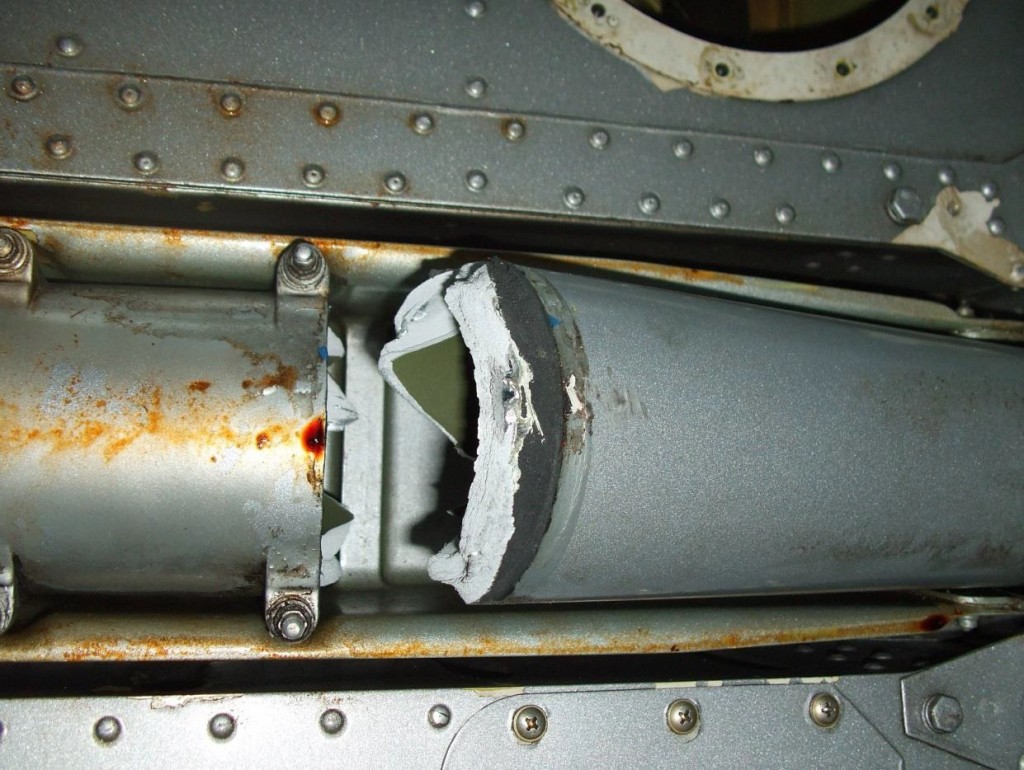 During the manufacturing process the [cross tube] pipe which is made of a high-strength aluminium alloy is shot blasted [i.e. shot peened]. The fatigue life of material shall be increased by shot blasting inserting residual compressive stress.

The rear cross tube had first been installed new (on another helicopter) ten years earlier.

In 2007 at the same operator a fracture of an aft cross tube occurred with an identical landing skid. The fracture surface was almost identical with the one of 2010. The cross tube of 2007 had 3,820 flight hours and 10,732 cycles.

At that time the US Federal Aviation Administration (FAA) reported in a Special Airworthiness Information Bulletin that:

Three reports from the field of failed aft crosstubes have been reported to AAI. Two of those failures occurred during landing. The other failure occurred during transport of the aircraft on ground handling platform equipment. Also, in one case during landing, the aft crosstube failed and subsequently the front cross tube failed causing the helicopter to lean severely on the failed right skid

In the 2010 Berlin case, laboratory analysis confirmed a facture propagated by fatigue with final failure by overload.  There was no evidence of a hard landing. 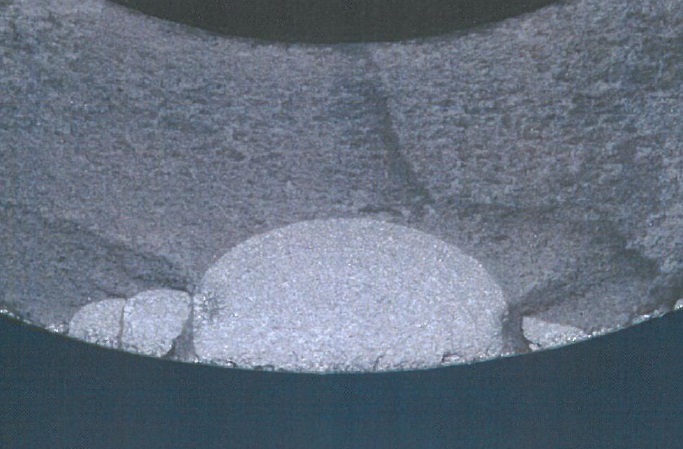 After the initial failures:

In April 2008 Aeronautical Accessories published the Alert Service Bulletin (ASB) No. AA-07109 because of the incidents with the high aft cross tube. The Bulletin stipulated the operating limitations for the cross tube to be 20,000 cycles. Various inspections for crack detection on the surface of the cross tube and detection of permanent deformations were described…

Essentially these are to check the pipe surface for crack development. During these checks the areas of the central half shells, which have failed verifiably at least twice, were omitted.

The BFU is of the opinion that the areas defined in the ASB are better suited for the Bell 205 and 212. Here the paint is removed, the area inspected, and then painted with primer and clear varnish, and then they serve for further scheduled visual crack inspections. These two types have two mounting points between the aft cross tube and the fuselage. The underside of the cross tube is subject to tension and may develop cracks in this area.

The accident has shown that the actions described in the ASB were not successful. The service life limit was not reached in spite of the mandatory inspections, and inspections of the area where the fracture occurred were not stipulated.

The fracture of the high aft cross tube of the landing skid was caused by a fatigue fracture.

– Marginal design of the landing skids in regard to the increased mass of the helicopter compared to its original design.

– The former two mountings were exchange for only one

– Insufficient control and service life limitation according to the Alert Service Bulletin.

In July 2012 AAI issued ASB No. AA-07109 Revision A (covered under Bell ASB 412-08-129).  This now stipulates checking the entire lower surface of the aft cross tube for cracks and a series of inspections to enable a 20,000 landing service life limit.  It was made mandatory by an FAA Airworthiness Directive in June 2012.  Therefore the BFU was not minded to issue a recommendation.  Action was also taken on the front cross tubes. 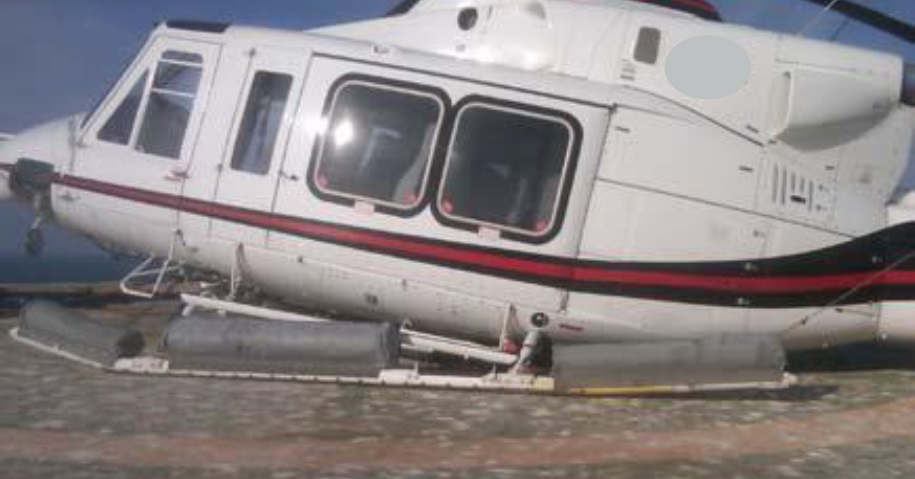 This was however a DART Aerospace designed Canadian STC modification. The UAE General Civil Aviation Authority (GCAA) investigation report, identified 5 failures in a fleet of 188.  Transport Canada issued an Airworthiness Directive in May 2012 which established a 10,000 landing service life limit but free from repetitive inspections in that case.

UPDATE 31 August 2016: The BFU have reported on a another case in Germany, at Mannheim City on 26 June 2014 involving a HEMS Agusta AB412.  The rear cross tube failed while rotors running prior to take off.

The microscopic examination showed that several cracks had formed in the cross tube area with high tensile stress. Subsequently, the cracks resulted in fatigue fracture and then the remaining section destroyed the cross tube by way of forced rapture.

In summary, it can be concluded that during paint work varnish residue was not removed using chemicals, as was recommended by the manufacturer, but with mechanical means, e.g. rotating steel brush or grinding disks. The subsequent scratches facilitated the development of a fatigue fracture in a high tensile stress area of the cross tube.

UPDATE 18 September 2016: The US National Transportation Safety Board (NTSB) has reported on an MD500 that suffered a skid collapse:

The pilot reported that, upon landing, he slowly sat the helicopter down on a landing pad and then felt it “drastically” slip to the right. He then lifted the helicopter off the pad, at which time a passenger verified that the right aft landing gear strut was broken.

The Federal Aviation Administration (FAA) had previously issued an airworthiness directive (AD) applicable to the accident helicopter make and model to detect cracks that could result in the failure of the strut and subsequent loss of helicopter control during landing. The AD required modifications to the landing gear strut rivet holes and fairings and subsequent initial dye penetrant inspections followed by continuing 10x magnified visual inspections at intervals not to exceed every 100 hours time in service or during each annual inspection. According to the FAA, the AD was complied with at an airframe total time of 2,248.3 hours. At the time of the accident, the total airframe time was 2,274 hours.

Examination of the right aft landing gear strut revealed that it had fractured due to undetected fatigue cracking in an inboard rivet hole. The fatigue cracks were very small, and given their size, they likely would not have been detectible by the existing required visual inspections. The cracks initiated after the rivet hole diameter was increased; therefore, they initiated after the initial penetrant inspection.

Although it is possible that the fatigue cracks were the result of a degradation in material properties or, more likely, due to greater loads from a previous hard landing or normal landing on primarily the right skid, the investigation was not able to determine the origin of the fatigue cracks based on the available information.

The National Transportation Safety Board determines the probable cause(s) of this accident as follows:
The fracture of the right aft landing gear strut due to undetected fatigue cracking in an inboard rivet hole.

Aerossurance has extensive air safety, helicopter airworthiness and accident analysis experience.  For aviation advice you can trust, contact us at: enquiries@aerossurance.com