The Helicopter Safety Advisory Conference (HSAC) has been publishing data on the Gulf of Mexico (‘GOM’) offshore helicopter fleet and its safety since 1995.  We have previously looked at their 2019 data, dated 28 May 2020 and released in mid-December 2020.

What is noticeable over the 20 years from 2000 to 2019 is the 63% decline in all GOM helicopter usage.  But in particular there has been a big fall in single engine helicopter usage between 2000 and 2019: 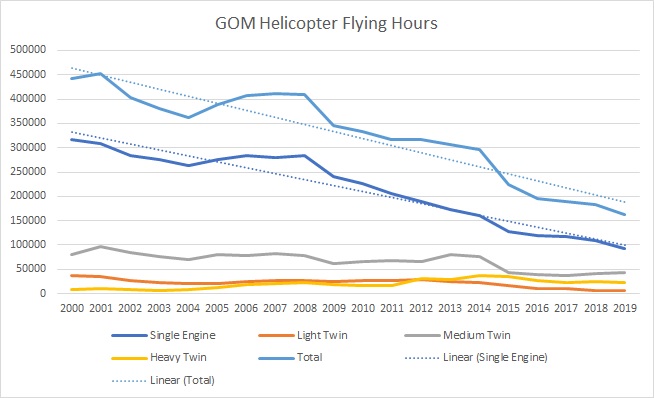 So what has happened to the accident rate over 20 years?  One might have expected that the increasing proportion of twin engine helicopters, more multi pilot operations, the availability of ADS-B coverage, the fewer older, less well-equipped and poorer performing helicopters (like the B206, S-76A etc) and other improvements would have a big effect. 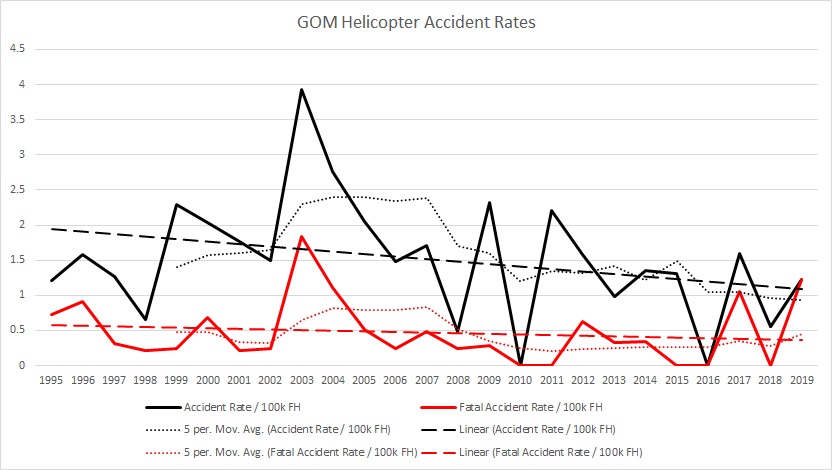 Not surprisingly, in 2020 due to the pandemic, there was a reduction in flying across all categories of helicopter, but it was a good year from a safety perspective.