The three lighthouse authorities in the UK and Eire have joined together to award a contract for helicopter support.  The three General Lighthouse Authorities (GLAs) awarded the £13mn contract to Inverness, Scotland based, PDG Helicopters. PDG will use two new Airbus Helicopters EC135s on the contract which runs from 1 December 2015 for 7 years with three optional one year extensions.  This contract supports maritime navigation aids, mostly in remote locations, includes considerable HESLO / underslung load work (the requirement was for an aircraft that could move individual loads >500kg over 50nm to support construction projects), operation with GLA’s fleet of ships (four are ‘helicopter capable’), as well as passenger movements.

The contract is expected to involve around 1000 flying hours per annum.

The three contracting GLAs are:

This contract is a good example of three customers, with common specialist requirements, working together to place a cost effective long term contract.  Some reports suggest this arrangement could save nearly £8mn.

Its is explained that:

Deployment of the helicopter will be co-ordinated by the three lighthouse authorities, working in collaboration. The GLAs will consult on PDG Helicopters work plans and align the helicopter services in the most efficient and effective manner to meet their operational requirements. However, by the very nature of the safety critical work of the GLAs, an agreed contingency procedure will be put in place to allow the Authorities to deal with any immediate or short-notice high priority tasking.

PDG was formed in 1995 by the amalgamation of PLM Helicopters and Dollar Helicopters.  In recent years it was owned by venture capitalists but the management team and the Scottish Laing family and bought out Glasgow-based Maven Capital Partners in 2012 for £1.8mn.  The company currently has 17 helicopters in its fleet, which fly a total of 11,000 hours per annum and employs 85 people. PDG subsidiary Irish Helicopters has been operating EC135T2+ EI-ILS for the Irish Lights.  This aircraft is float equipped, with an HR Smith ADELT mounted under the tailboom and the usual mirrors for use monitoring external loads.  The company started supporting that GLA in 1986.

A GLA is an agency tasked with the provision and maintenance of lighthouses, lightvessels, navigational aids and thus has some analogies with the infrastructure service provide by an air navigation service provider (ANSP) in the aviation sector. An example of the remote locations is the Skerryvore, a pillar rock lighthouse marking a extensive and treacherous reef of rocks 11 miles south west of Tiree.  Access is only really feasible by helicopter at certain weather/tidal windows to a 1970s helipad. 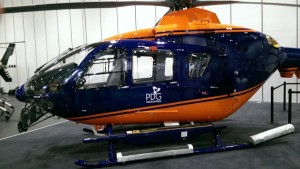 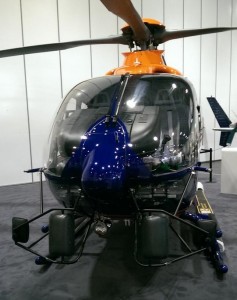 UPDATE 30 November 2015: The UK Civil Aviation Authority (UK CAA) issue Safety Directive SD-2015/004, which expands their earlier Offshore Operational Directive to include lighthouse / marine light support (as well as addressing medically incapacitated passengers).  The timing, the day before the contract change, is unlikely to have been coincidental.

UPDATE 1 December 2015: The contract has commenced.

UPDATE 9 December 2015: The earlier SD was replaced by SD-2015/005 on 9 December 2015 because the CAA had neglected to amend the definition of ‘offshore locations’ to actually include those related to marine lights.

UPDATE 12 May 2020: Coronavirus: Keeping lighthouses working during the lockdown