The results of an independent review on the work of CHIRP (the Confidential Human Factors Incident Report Programme) have just been published by the British charitable trust.

…reaffirmed the requirement for an independent and confidential reporting system for the UK and recommended that CHIRP should continue broadly in its current format for the benefit of the travelling public and the safety of the aviation community. The Review also recognised the importance of safeguarding CHIRP’s reputation as a trustworthy, confidential, credible reporting system.

We have already begun to implement the recommendations and will continue to do so over the coming months.

The review was conducted between September and December 2014 and as led by Mr Peter Hunt who was formerly a British Airways Captain, Head of Operating Standards Division at the UK Civil Aviation Authority (CAA) and latterly Director of the UK Airprox Board.

The panel is reported to have consulted widely before producing their report and 13 recommendations.  In particular the panel recommends that:

The ground handling sector is another area where HF issues are critical and there are major opportunities for cultural enhancement. 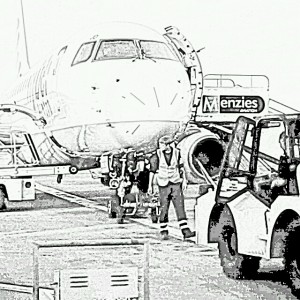 1. The Review Committee strongly recommends that ‘aviation CHIRP’ should continue broadly in its current format for the benefit of the travelling public and the safety of the aviation community.

3. Maintain CHIRP’s ‘working methods’ insofar as the handling of reports is concerned, responsive to the needs of reporters.

4. Continue to progress IT developments especially as regards the ability readily to extract value from the stored dataset.

5. Working with CAA, ensure that CHIRP data and information add value to the Performance Based Regulation methods.

6. Working with CAA, ensure that suitably disidentified CHIRP reports are included in the national ECCAIRS database.

7. Improve the flow of information between CHIRP and CAA such that communications are timely and effective as regards ‘outcomes’.

8. CHIRP must continue its policies and methods as regards membership of the Advisory Boards. It is important that Members of these Boards are representative and credible.

9. Following the transition to electronic communications, CHIRP must continue to develop its internet presence: the website and email. CHIRP’s visibility in the industry is particularly important: current CHIRP initiatives to reach practitioners and stakeholders alike should be continued, especially those that improve the distribution of newsletters.

10. CHIRP should continue to host MEMS and continue to develop its potential in close liaison with CAA and the UK Operators Technical Group, UKOTG.

12. CHIRP should work with organisations such as BALPA further to promote the benefits of the Programme to practitioners.

13. CHIRP should continue to positively review synergies and cost saving opportunities with other UK aviation safety organisations such as UKFSC and GASCo.

CHIRP started in 1982, initially focused on flight crew HF reports and has since expanded its scope.  In 1996 it was reorganised as a Charitable Trust and comprises of a small team of specialists based at Farnborough.  The UK CAA are the main funder of the trust’s aviation programme.  The CHIRP aviation programme has similarities with the NASA run Aviation Safety Reporting System (ASRS) in the US, among others around the world.