The deaths of 10 people and 139 injuries worldwide have been linked to defects in motor vehicle airbag inflators made by Japanese supplier Takata Corporation, one of the world’s largest manufacturers of vehicle safety devices. The inflators disintegrated, sending high energy debris towards the vehicle occupants. The first known incident occurred in 2003 in Switzerland.  Since 2008, more than 40 million vehicles have been recalled worldwide for maintenance action (half in the US). 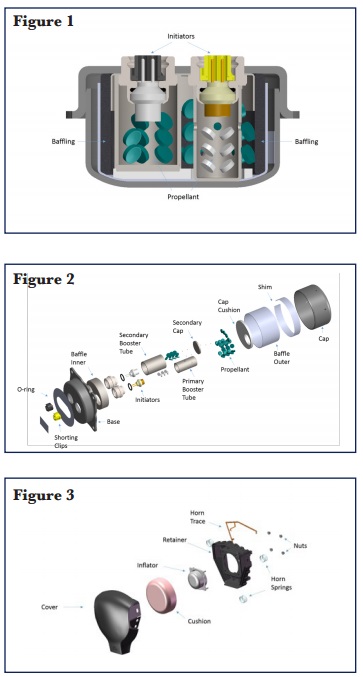 The US National Highway Traffic Safety Administration (NHTSA) only opened an investigation in 2014, ten years after the first explosion in the US.  There was strong criticism of their vigilance (which we discussed at the time: US Vehicle Regulator in Firing Line).  They then rapidly imposed a $200 million civil penalty, the largest in their history, on Takata for violations of the National Traffic and Motor Vehicle Safety Act. Later NHTSA fined Takata further for not cooperating. More recalls have been initiated in the last few day by Daimler and VW.  A good summary of the saga can be found here: Massive Takata Airbag Recall: Everything You Need to Know

In late 2014, to supplement other investigations into these occurrences, Takata commissioned the Independent Takata Corporation Quality Assurance Panel to “conduct an unbiased review of Takata’s quality-related practices”. The review was billed as being forward looking, not a response to the past incidents. The Panel was chaired by former US Transportation Secretary Samuel Skinner, who appointed 6 other distinguished panel members (all American) in January 2015.  This follows past precedents such as the Baker Panel after the 2005 BP Texas City Explosion, the Toyota North American Quality Advisory Panel, led by another former US Transportation Secretary Rodney Slater which reported in 2011 on a series of unintended acceleration accidents and the 2014 Valukas report for General Motors (which we covered in GM Ignition Switch Debacle – Safety Lessons). The Panel’s mission was also very US centric, concentrating on the airbag-inflator operations of TK Holdings Inc, Takata’s North American subsidiary, to:

…review and assess Takata’s current policies, practices, procedures, structure and personnel to ensure that, going forward, Takata is fully and promptly responsive to the traveling public, the US Department of Transportation, the National Highway Traffic Safety Administration, other regulators, and the OEMs— whenever questions are raised about the quality or safety of Takata air bags.

The Panel published its report on 2 February 2016 and has concluded that:

The panel recommended the following in each area (with our comments and selective quotes are in italics):

As well as commenting on the regulatory environment and the difficulty of actually conducting successful recalls the Panel discusses:

Supplier-customer relationships: “The Panel recommends that suppliers and manufacturers work together to standardize safety system design features to the extent doing so is practical. The Panel also encourages increased data sharing between manufacturers and suppliers.”

Technology: The Panel suggests advanced sensors and telemetry could make their way into airbags and coupled with a wider data collection strategy provide more in-service data.

UPDATE 28 June 2016: The Takata CEO, Shigehisa Takada, is expected to step down after restructuring is complete.

UPDATE 29 August 2016: The New York Times discuss A Cheaper Airbag, and Takata’s Road to a Deadly Crisis, suggesting that Takata won business in the 1990s by under cutting the the competition with an allegedly inferior propellant.  In an unrelated development, a Takata delivery vehicle suffered a fatal explosion in Texas.

The Wall Street Journal, citing people familiar with the matter, reported earlier on Wednesday that a settlement could require Takata to pay as much as $1 billion and be reached as early as January.

Sweden’s Autoliv, the world’s leading airbag manufacturer, and a consortium led by U.S. auto parts firm Key Safety Systems, are both expected to present competing turnaround proposals as early as this week… Last week, Takata agreed to plead guilty to fraud and pay $1 billion to settle the faulty airbag scandal with U.S. regulators, but that was not likely to be the end of its liabilities over the affair. The United States also has indicted three former Takata executives, bringing the first criminal charges in the case.

UPDATE 30 January 2017: Looking at the The Takata Scandal and the Value of Diversity for boards and management teams: “The problem is not with any specific culture — all of which have their advantages and disadvantages — but with a lack of diversity. After all, it’s easier to fall prey to groupthink when you’re part of a uniform group”.

Takata Corp, the Japanese company facing billions in liabilities stemming from its defective air bag inflators, is preparing to file for bankruptcy as early as next week as it works toward a deal for financial backing from U.S. auto parts maker Key Safety Systems Inc, sources said on Thursday. Takata, one of the world’s biggest automotive suppliers, has been working for months to complete a deal with Key Safety. A person briefed on the matter told Reuters Key was expected to acquire Takata assets as part of a restructuring in bankruptcy.

UPDATE 1 February 2019: Auto makers are still responding to this problem slowly and without full disclosure.  In December 2018, Mazda issued another recall, but blandly described the problem as “a number of airbags…may not deploy correctly”, with no hint that the incorrect aspect is shrapnel deployed towards the occupant the airbag was meant to protect.  The recall is of course free of charge to the vehicle owners.  However, if you were to live in Aberdeenshire, for example, and tried to arrange an appointment today, the local dealer, Arnold Clark, the only organisation between Dundee and Inverness authorised by Mazda to do the task, would offer you a date in mid-June 2019 at the earliest, such is the urgency to protect around 100,000 Mazda customers in the UK alone that had recalls in 2018.

This January 2015 article is also worth a look: Handling of Takata Recall Points to Issues at the Top

Aerossurance has extensive quality, safety, product design, certification and safety analysis experience.  For practical safety advice you can trust, contact us at: enquiries@aerossurance.com