After their spectacular season, starting as 5000-1 underdogs but ultimately winning the English Football Premiership, a number of commentators have been discussing the success of Leicester City FC and their manager, Claudio Ranieri. 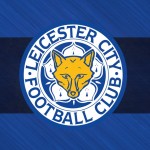 In one article, the Guardian observes (emphasis added):

They use technology that is more commonplace at the highest level…, regularly issue electronic questionnaires to gauge everything from energy levels to sleep patterns but, perhaps most importantly of all, strive to create an environment where everybody talks to each other.

Isn’t odd that it is conventional safety ‘wisdom’ workers (‘workers’ in an us and them sense) are expected communicate their concerns by formal safety reports or by making database entries? ‘Culture’ is often mentioned, but mostly judged with a heavy emphasis on formal reporting, sometimes even against arbitrary ‘best practice’ quotas of reports per person. Some accident reports have even expressed dissatisfaction that issues were reported via the ‘wrong’ method.

Some have argued that the bureaucratization of safety is a out-dated Taylorism, with an over emphasis on hierarchy, command and control, division of labour, rigid application of formalised rules and an unhealthy obsession with determining culpability.  We think that interpretation is a little extreme!  Reporting, investigating, analysing and acting on occurrence and hazard reports are still essential, as is clearly expressing behavioural expectations.

However, if we want to build a championship safety team do we not need a trusting “environment where everybody talks to each other about the real safety issues” and works together to address them, rather than an environment of blind form filling and hoping ‘someone else’ will do ‘something’?  In other words, more ‘connect and collaborate’ than ‘command and control’.

UPDATE 1 August 2016: We also recommend this article: Leicester’s lesson in leadership, published in The Psychologist.

UPDATE 3 August 2016: We further recommend this article on the importance of dialogue:

People value dialogue and conversation. It takes much longer…but is infinitely more effective.

It is through dialogue, as opposed to monologue, that leaders and managers can understand what people are thinking and feeling about change so that they are in a better position to gain their commitment to it and address their concerns.

Firstly: an organization must encourage dialogue early, frequently and consistently. There must be an ongoing strategic approach to dialogue before, during and after any organizational transformation. Dialogue is, and must be, a constant.

Thirdly: leaders and managers need to encourage dialogue with care. Dialogue with care means choosing the channels for dialogue strategically, tailoring the approach to the aims of the change initiative, authentically engaging in conversation and being sensitive to the pace and timing of dialogue. This means bringing together the right people to offer meaningful input and support. So successful dialogue allows more people to contribute, generating not only wisdom and a wealth of ideas but also commitment and engagement to change.

We can really over-engineer things in HR and Internal Comms can’t we? The jargon, the models of engagement, the diagnostics …. Do you ever worry that we are creating a veneer of complexity to make ourselves believe we are actually changing things? Maybe it’s the cynicism of my advancing years or the frustrations of 20 years in corporate leadership roles, but I do. Plus all the research I come across would seem to warrant some concern at least, telling us that even with billions being spent on employee engagement in its various forms, levels remain depressingly low and stagnant.

UPDATE 3 October 2016: We also like: Three Lessons Change Professionals Can Learn from Marketers

People are very resilient. But one of the hardest things to deal with is uncertainty, not knowing what is going to happen to them and their families. This causes stress and they all feel that stress.

I have seen excellent examples of companies engaging with their people and doing everything to give them as much information as they possibly can. Their people feel valued and it helps build trust.

But I have seen examples where that doesn’t happen. Employees then tend to feel they are just numbers on the sheet and not a person.

In an interview with Energy Voice Craig said managers were not heartless and every company he encountered did care about their staff.

What’s actually happening is that their communication is not done effectively.  Of course, a lot of HR departments have been cut back as well. Sometimes people offshore don’t see these issues.

UPDATE 24 February 2017: Sadly, after a poor run in the Premier League the following season, Raneri was fired, an act Gary Lineker called “inexplicable, unforgivable and gut-wrenchingly sad”.  However:

…nothing will tarnish Ranieri’s lasting legacy at Leicester. He leaves them 90 minutes from a place in the last eight of the Champions League and will always have a permanent place in the hearts of their supporters after pulling off a title-winning success that arguably goes down as the greatest story in the history of English football. It is a football fairytale that will be told again and again.

You may also be interested in our article: Aircraft Maintenance: Going for Gold? It asks: Should we start treating our people more like athletes, with individual needs, who need to achieve peak performance every day?

For practical, independent safety advice you can trust, contact Aerossurance at: enquiries@aerossurance.com