The Australian Transport Safety Bureau (ATSB) has issued a report on an occurrence during a go around:

On 3 September 2012, an Airbus A321, registered VH-VWY and being operated by Jetstar Airways, was being flown on a scheduled passenger flight from Melbourne, Victoria to Cairns, Queensland. During a visual approach to runway 15 at Cairns, the aircraft drifted slightly high on profile and the captain instructed the first officer, who was the pilot flying, to go around. During the go-around, to 2,700 ft, exceeding the 2,000 ft limit assigned by air traffic control. 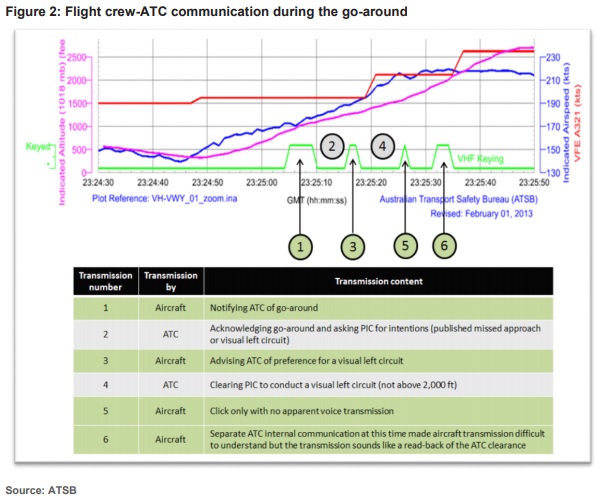 The ATSB found that the first officer had a low level of expectancy of, and was not mentally prepared for, a go-around. Although the initial steps in the go-around procedure were implemented effectively, the first officer’s attention focussed on airspeed management and they did not retard the thrust levers from the take-off go-around detent to the climb detent at an appropriate point during the go-around. Consequently, the aircraft’s auto-thrust system was not activated to reduce the amount of thrust. After the initial breakdown in applying the go-around procedure, the crew experienced a high workload, which significantly limited their capacity to resolve the situation.

The ATSB found that this occurrence had similar features to many previous go-around occurrences. In summary, all-engine go-arounds in modern air transport aircraft are often a challenging task when there is a requirement to level-off at a low altitude, and many pilots have had limited preparation for such tasks.

Following this and a number of related occurrences, Jetstar Airways included ‘unscripted’ go‑arounds in its recurrent training sessions. One of these sessions also emphasised the importance of moving the thrust levers to the climb detent without delay.

In August 2013, as a result of a detailed review of similar go-around occurrences, the French Bureau d’Enquêtes et d’Analyses pour la sécurité de l’aviation civile (BEA) issued a series of recommendations about go-around issues to the European Aviation Safety Agency. 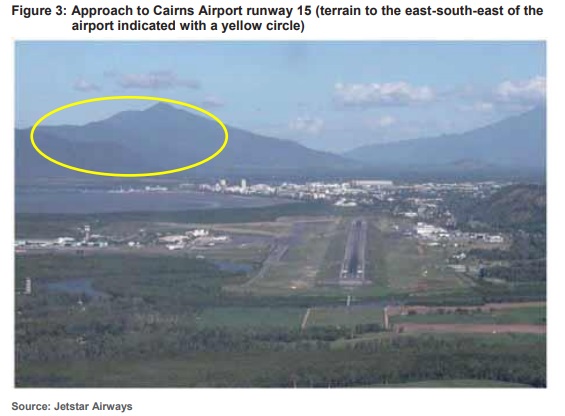 The ATSB identified these contributory factors:

Other factors that increased risk were:

A go-around with all aircraft systems available to the crew is a normal but infrequently flown, dynamic manoeuvre, requiring a very methodical series of actions on the part of the flight crew, at relatively high tempo, particularly when level-off at a low altitude is planned. This occurrence serves as a reminder of the importance of being mentally prepared to conduct a go-around, even in fine conditions.

Effective application of stabilised approach procedures will result in more go-arounds and the ability to maintain aircraft control is critical.

In 2009 the UK Air Accidents Investigation Branch (AAIB) reported on a very different go around incident:

The Boeing 737-300 was on approach to Bournemouth Airport following a routine passenger flight from Faro, Portugal. Early in the ILS approach the auto-throttle disengaged with the thrust levers in the idle thrust position. The disengagement was neither commanded nor recognised by the crew and the thrust levers remained at idle throughout the approach. Because the aircraft was fully configured for landing, the air speed decayed rapidly to a value below that appropriate for the approach. The commander took control and initiated a go-around. During the go-around the aircraft pitched up excessively; flight crew attempts to reduce the aircraft’s pitch were largely ineffective. The aircraft reached a maximum pitch of 44º nose-up and the indicated airspeed reduced to 82 kt. The flight crew, however, were able to recover control of the aircraft and complete a subsequent approach and landing at Bournemouth without further incident.

In that case AAIB identified the following causal factors: