On 20 February 2014 Fairchild SA227-DC Metro 23 (Metro IV) VH-UUB, was being operated on a charter flight from Avalon to Portland, Victoria by Sharp Airlines. Shortly after touch-down the aircraft veered off the runway at 75-80 knots. The 10 passengers and two crew were all uninjured.

The runway excursion resulted from failure of the lower torque link attachment lug on the left main landing gear’s yoke. 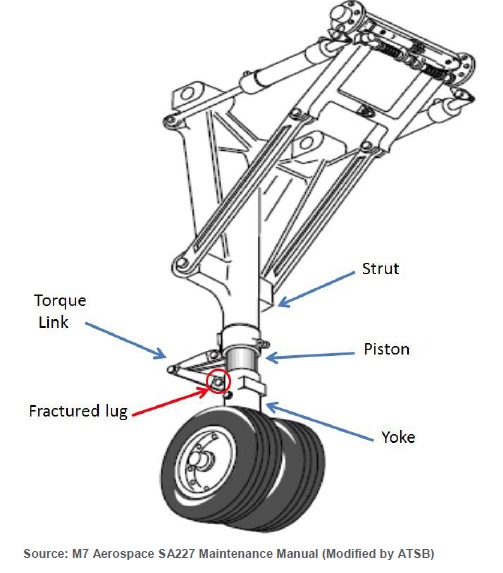 This allowed the wheels to rotate through 90° with respect to the direction of aircraft travel and skid, producing a large braking effect on the left side.

The failure…resulted from pre-existing cracks that had progressively grown until the part had insufficient strength to support normal landing loads. The cracks initiated principally from areas of pitting corrosion in the lug’s bore and were propagated by cyclic stresses imposed during operation.

The fractured [7075-T73 aluminium] yoke [manufactured by Klune Industries] contained four disused retaining pin holes (two each top and bottom) as a result of compliance with a service bulletin (SB) for installing a replacement [torque link shaft]TLS (CC7-32-012), released in 2002. The SB required drilling of a new pin hole in the lug to secure the replacement TLS and filling of the redundant holes with sealant. 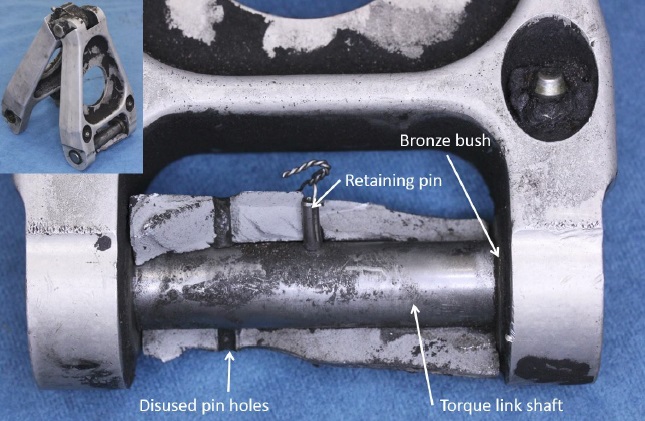 Sealing of the disused pin holes in this occurrence was not adequate as the sealant had either broken down over time or otherwise disbonded and come loose during service, providing additional entrance routes for moisture or other corrosives. Another entrance route was associated with wear on the yoke lug flanks where significant pitting was identified. Wear on the flanks and in the bore of the lug was sufficient to remove the protective anodic coating, which increased the susceptibility of the parts to corrosion. 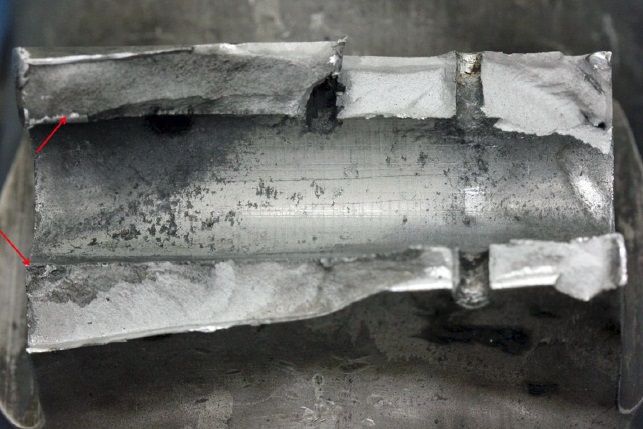 The Fairchild MLG yokes were maintained on condition and were not subject to any maximum service life restrictions.

The operator advised that they performed a torque link freeplay inspection at the detailed inspection and if excessive freeplay was evident, then the components would be disassembled for further inspection.

The ATSB report that a number of other similar lug failures in Australian and Canada.  they say:

With corrosion pitting being a precursor to the fatigue failure of the component, improvement of corrosion protection in the affected areas would further reduce the likelihood of this type of occurrence.