On 11 February 2015 Venezuelan Beechcraft 1900C YV1674 of Aeropanamericano was destroyed in a crash and post-crash fire shortly after takeoff from Miami Executive Airport (KTMB), Florida, during a ferry flight after routine maintenance. 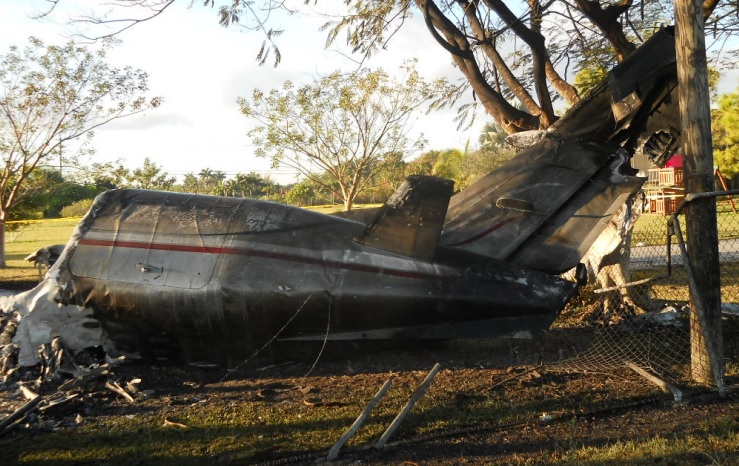 All 4 occupants died.  The National Transportation Safety Board (NTSB) issued their safety investigation report after determining the probable cause was:

During an interview, the aviation maintenance technician (AMT) that removed and replaced the left engine propeller stated that the pilots reported problems with the left engine propeller on February 7, 2015. Specifically, the pilots reported that the propeller was not achieving the correct power setting or pitch angle. The AMT further stated that he completed the propeller removal and replacement in about 6 hours, which was normal. He followed the airplane maintenance manual and only needed to disconnect the beta arm to perform the work.

Concerning there was no independent inspection:

The AMT subsequently checked his own work and concluded with an operational check of power and performance, which included verifying correct power settings and corresponding blade angles.

NTSB issued safety recommendations (A-16-053 and A-16-054) to the Federal Aviation Administration (FAA) and Pratt & Whitney Canada (PWC) which are:

…are intended to prevent the incorrect installation of the reversing lever (beta arm) and related components in PT6A engines, which can cause the propeller to transition uncommanded to feather in flight.

They are derived from investigations in which the beta arm or related components were found incorrectly positioned.

The NTSB… found four events in which the incorrect position of the beta arm in a PT6A engine was noted and that occurred within 100 flight hours after maintenance of the beta arm or related components.

Although not connected with the cause of the accident (pilot incapacitation)…

…In a fifth event (NTSB case number ERA15FA297 [Piper PA46 N819TB on 7 August 2015]), the investigation found that the guide pin had been installed backward, which allowed the beta arm to be free-floating, that is, neither above nor below the guide pin (figure [below] shows the installation on the engine involved in this accident). 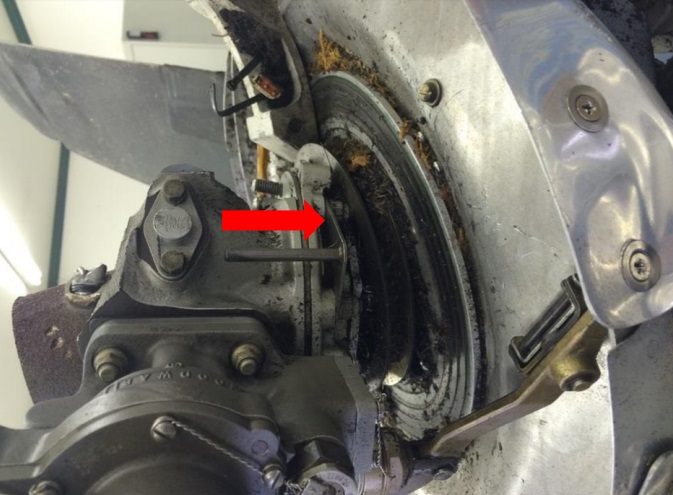 The NTSB is aware that one operator has welded a tab to the top of guide pins to make it physically impossible to incorrectly install the beta arm over the pin but notes that this fix would not prevent an intentional reversal of the guide pin if, for example, a mechanic chose to do so to provide clearance for maintenance work.

The NTSB make no comment on the approval (or lack of approval) for this modification.  They go on:

Depending on airplane make and model, warnings about this issue in aircraft maintenance manuals vary, ranging from a general warning about the hazards of a misadjusted beta valve assembly to no warning at all.

The company also revised its engine maintenance and overhaul manuals and started efforts to redesign the guide pin. However, there is no set date to complete the redesign and implementation of the new guide pin.

The NTSB is concerned that any propeller on any PT6A engine that has undergone improper maintenance to the beta valve assembly can travel uncommanded to the feather position during any phase of flight. Due to the critical function of this assembly, the NTSB believes that short- and long-term action should be taken to address this safety issue.

Because the beta arm-to-guide pin connection and orientation are clearly visible between the front of the engine and the rear of its propeller spinner, minimal additional effort would be necessary to visually verify that the beta arm is positioned correctly.

Therefore, the NTSB recommends as a short-term mitigation that the FAA:

Issue a special airworthiness information bulletin that directs maintenance personnel, during routine scheduled inspections of and after propeller installation on Pratt & Whitney model PT6A engines, to visually verify that the propeller reversing lever (beta arm) and guide pin are correctly installed and, if necessary, to fix any improper installations. (A-16-53)

Such an action would not only detect errors during inspections but also heighten awareness in the maintenance community about the importance of properly installing the beta arm and guide pin.

Although Pratt & Whitney Canada has revised its engine maintenance and overhaul manuals, the NTSB believes that the design of this assembly needs to be revised to minimize the possibility of human error during maintenance.

As soon as practicable, complete the development and implementation of a redesigned guide pin assembly for PT6A engines to prevent the possibility of the reversing lever (beta arm) and guide pin being incorrectly installed. (A-16-54)

UPDATE 13 February 2017: The FAA propose to issue a Safety Alerts for Operators (SAFO).

UPDATE 10 January 2018: The FAA have not as yet issued a SAFO and the NTSB has not yet published any response from PWC after almost 16 months.

UPDATE 27 Feb 2020: Finally a SAFO is issued, with FAA recommending:

Maintenance personnel and facilities should visually verify, on Pratt & Whitney Canada model PT6A engines, that the propeller-reversing lever, or beta arm, and guide pin are correctly installed and, if necessary, fix any improper installations. Verification should be accomplished during routine scheduled inspections both before and after propeller installation. Appropriately certificated and qualified technicians should perform these actions. These visual inspections should not only detect errors, but also heighten awareness in the maintenance community about the importance of properly installing the beta arm and guide pin.

Subsequent to this trial fit, P&WC became aware that the PT6A-114/PT6A-114A/PT6A-140 on the Cessna Caravan (primary first installation target) had an additional sensor in the area (installed by the OEM – but not on the aircraft used for the trial fit) that is an option for operators to select at the aircraft level and that interfered with the new design guide pin bracket (could not fit the new guide pin bracket on the aircraft that had this particular aircraft sensor option).

P&WC is currently working with the OEM on another design to avoid the guide pin bracket interfering with the aircraft sensor. The drawing for the new guide pin bracket will be released by end of May 2020. This will allow to create a 3D printed prototype for an OEM trial fit. P&WC is targeting incorporation into the first engine models in late 2020, and P&WC will continue to address other models, which will require trial fits on those installations. The end design intent is to have a configuration that fits all installations. In addition to the redesign of the guide pin bracket, P&WC continues to emphasize the correct installation of the reversing lever in all its continuing airworthiness documentation and at all training opportunities such as at operator conferences. 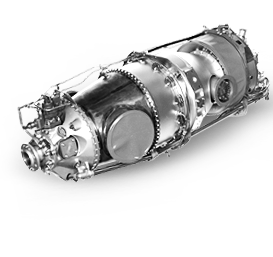