With the offshore oil and gas market depressed, offshore helicopter operators and other aviation service providers will be pleased by a surge in business opportunities for outsourced government SAR helicopter and aviation contracts.  Norway, Netherlands, Ireland and the UK with UKSAR2G (listed in order of expected contract award) are commencing competitions for contract commencement from 2022-2024. In this article we collate what has been publicly announced so far for each competition and the current arrangements these will replace.

This tender, for ‘Procurement of Rescue Helicopter Services for Tromsø, Svalbard and for the Police’, was released in April 2020.  It is for a new SAR helicopter in the northern city of Tromsø and the replacement of the current aircraft for the Arctic Ocean archipelago of Svalbard.  Both helicopters are required in 2022, but they could be awarded in separate lots or together.  The contract(s) will be for 6 years plus 2 x 2 year extensions.  The Ministry of Justice and Public Security will manage the contract on behalf of the Governor of Svalbard (Sysselmannen) and the Norwegian Police.  It will supplement the main SAR service provided by the Royal Norwegian Air Force (RNoAF), which is transitioning from Westland Sea Kings to 16 Leonardo AW101s. The SAR service in Svalbard is currently provided under contract let by the Governor by Lufttransport (a subsidiary of NHV) with two Airbus Helicopters AS332L1 Super Puma. Operations there include operating from the Governor’s support vessel, Polarsyssel. The procurement will involve a dialogue with bidders on their outline solutions this summer before best and final offers (BAFO) in August 2020 and contract award in September 2020, leaving plenty of time to mobilise during 2022. UPDATE 17 Febuary 2021: The agressive timeline was not achieved.  The standtill period was only entered on 17 February 2021 with the annouvement that CHC were the presfrred bidder.  The contract was valued at NOK 1860 million (EUR 188 million) for the initial 6 years.

The tender pre-selection for the ‘Search-and-Rescue Helicopter Capacity (SARHC) for the Netherlands Coastguard‘ was released in April 2020 by the Defence Materiel Organisation (DMO) of the Ministry of Defense of the Netherlands (MOD NL).  This is for a 10 year contract that will replace the current service provided by NHV with two Airbus Helicopters AS365 helicopters in Den Helder and Pistoolhaven, Rotterdam.  The service supports 6 different government ministries. 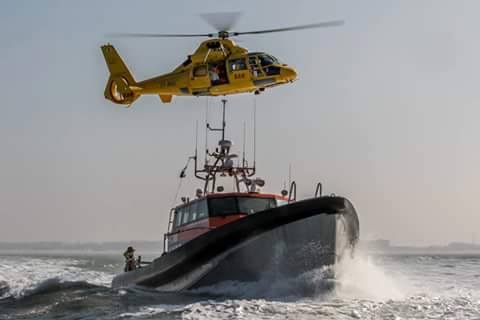 The Dutch schedule leading to “starting preferably from 1 July 2022″ consists of determining a shortlist of candidates in Q3 2020 before two rounds of bidding in late 2020 and contract award in Q2 2021: NLCG have two Dornier (now RUAG) Do228 fixed wing aircraft too, which they looked to replace under a separate competition launched in 2019.

UPDATE 6 August 2010: PAL Aerospace is reported to have received notice of the preliminary contract award decision on the Do228 replacement:

PAL Aerospace and its consortium member JetSupport, [will] modify and deliver two fully missionized Dash 8 aircraft, provide crew training on all systems and support the operation of the aircraft for an initial 10-year period with an option to extend for two additional one-year term

The IRCG issued a Prior Information Notice (PIN) early in May 2020:

The Department of Transport, Tourism and Sport/Irish Coast Guard is undertaking a procurement process to provide an updated, long-term SAR Aviation Service to replace the current SAR helicopter contract. This is a prior information notice to alert the market. A market engagement process will be announced in due course. Indicative timeframes are: Publication of the OJEU Notice Quarter 4 2020, contract award quarter 4 2021 and service commencement quarter 3 2023. Precise procurement procedure has yet to be decided.

The PIN is clear that the procurement will be for an aviation service, not simply a helicopter service.

UPDATE 30 July 2020: It has been announced via the OGP e-tenders tool that:

As part of the next stage of the procurement process for the SAR Aviation Service for the Irish Coast Guard, a Market Engagement Webinar has been organised for Thursday 3 September at 2.30pm. It will run for approximately 90 minutes and will provide some further details of the project with a Q&A opportunity at the end of the session. Following this event, there will be scope for bi-laterals with the Project Team on 10th, 17th and 24th September.  No action is required following this broadcast as further details regarding accessing the event and the slots for bi-laterals will be provided at a later date.

UPDATE 14 August 2020: It has been announced that persons “interested in attending the Webinar, please complete the “Webinar Attendance Form” in the Documents section [of the OGP e-tenders tool] and submit via eTenders before 15:00 on Wednesday, 26th August”.  There is also a dedicated procurement webpage.

The Department of Transport/Irish Coast Guard has begun a procurement process with the objective of providing a Search and Rescue (SAR) Aviation service when the current contract ends. The current contract with CHCI is in place since 2012 for 10 years with an option to extend for a period(s) up to 2025. The existing contract was extended earlier this year for one year to 2023. It can be further extended for periods up to 2025 depending on procurement process and the transition period required between the existing and a new contract.

A Steering Group chaired by the Director of the Irish Coast Guard (IRCG) has been set up to manage the project with all relevant state entities represented. The Department of Defence and the Air Corps are represented on the Steering Group for the procurement of the new service and are fully engaged in deliberations as key stakeholders in the development of the SAR service. In a recent PQ, my colleague the Minister for Defence, Simon Coveney, T.D. confirmed that there were no plans to subsume the air rescue services provided by the Irish Coast Guard into the roles and responsibilities of the Defence Organisation.

UPDATE 17 November 2020: The IRCG have published an Information Note on SAR Aviation Procurement and FAQs.

UPDATE 9 April 2021: An update on the procuremnt process has been issued.

UPDATE  27 July 2021: It is announced that the Irish Government has “agreed to commence the formal procurement process for a new Coast Guard aviation service”:

The business case brought to Government set out the strategic case for a new service, considered the range of options for how such a service could be delivered, including the potential for the Air Corps to provide an element of the service as a “hybrid” option alongside another civil operator. It also sets out an implementation plan to achieve the desired service. The detailed appraisal included a financial and economic appraisal of short-listed options, with an assessment of costs, benefits, affordability, deliverability, risks and sensitivities associated with the options. The approval of the business case is one of the key steps required in the Public Spending Code (PSC).

Based on the business case analysis, the new service is expected to benefit from some new elements including a dedicated fixed wing component to provide the IRCG with an on-call pollution monitoring, high endurance search and top cover capability. It also has the potential to allow a more innovative helicopter fleet. The helicopter element will include night vision capability from the outset. From a competitive perspective, the procurement will benefit from a more extensive range of potential helicopter solutions than would have been on the market in 2010.

UPDATE 8 August 2021: An “Information Note on Business Case and Government Decision” has been released.

The key next steps and indicative deadlines are as follows:

1) Determine optimal means for the provision of the Fixed Wing element of the proposed service based on business case parameters / requirements [October 2021];

9) Government approval to award a contract to the Preferred Bidder [March 2023];

These timelines will enable a mobilisation to a new contract before the current contract concludes [up to June 2025 – max period of extension].

The current IRCG helicopter contract, signed in July 2010, is with CHC Ireland (CHCI) who operate 5 Sikorsky S-92As from Dublin, Waterford, Shannon and Sligo.  Ireland has contracted SAR helicopters since 1997. In March 2020 the Maritime and Coastguard Agency (MCA) announced their second-generation SAR aviation programme (UKSAR2G).  They say this…

…will take account of how the current UKSAR helicopter service has evolved and will seek to understand other emergency services’ requirements and needs to shape a highly collaborative and innovative solution…from first principles to develop a more tailored and modern means of delivering vital search and rescue capabilities in a more cost-efficient and innovative way.

Damien Oliver, MCA Commercial & Programmes Director and Senior Responsible Owner (SRO) of UKSAR2G, offers some more insight into the programme in this video (ADDED 12 May 2020): https://www.youtube.com/watch?v=c8KELiZwNI8&feature=youtu.be

UPDATE 24 August 2020: The MCA have released the video for a stakeholder presentation: https://youtu.be/VqWJpigKhEQ

UPDATE 12 November 2020: The latest Industry Q&A update has been issued.

UPDATE 20 January 2021: The MCA issue a Prior Information Notice (PIN) that confirms there will ba a 4th, combined UKSAR2G lot.

UPDATE 9 March 2021: After a short delay the Supplier Questionaires were released for the four lots. The contract valuie is estimated at £1.2 – £2.2 billion.

Lot 4: A combined solution that contains all of the requirements for Lots 1, 2 and 3 in a single bid.

Since 2015, the UK SAR helicopter service has been delivered by Bristow from 10 sites around the UK using 11 Sikorsky S-92As and 11 Leonardo AW189s. 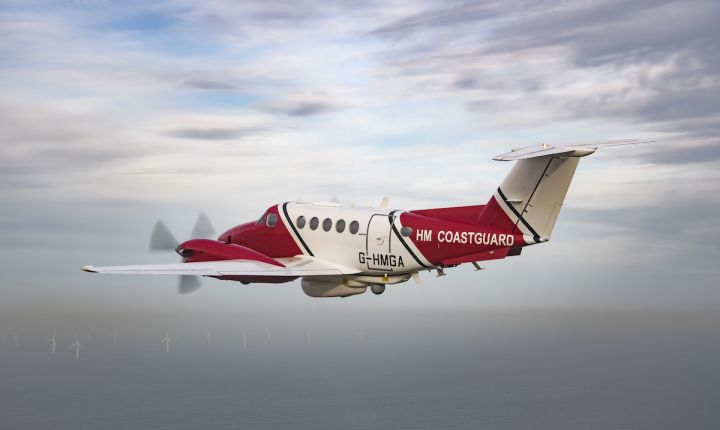 After a MCA/RNLI trial of small Unmanned Air Systems (UAS) / drones, the MCA have recently announced trials with a large fixed wing UAS with an Elbit Hermes 900. Bristow has been demonstrating a large rotary wing UAS too, a Schiebel CAMCOPTER S-100.

Note: In line with the Coastguard Act 1925 Her Majesty’s Coastguard differ from other Coast Guard in spelling.

In September 2017  the Irish Coast Guard selected Aerossurance to be their new aviation consultants after a competitive tender with 7 bidders.  In July 2018 Aerossurance started work supporting a second European Coast Guard with a procurement project.  The Aerossurance team is and has supported humanitarian aid agencies, air ambulance charities, military air arms, environmental agencies and blue chip energy companies on other emergency service and special mission aviation projects around the world.  Covid-19 compatible PPE equipment and procedures has been a recent topical issue.

Aerossurance was to have run workshops at the EHA European Rotors VTOL Show and Safety Conference in Cologne in November 2020 on a) Safety Culture and Leadership and b) Contracting Aviation Services: An Introduction to the Basics.  Sadly the show has been posponed until 2021 due to COVID-19.