What the HEC?! – Human External Cargo

Winching (or hoisting), used for Search & Rescue (SAR) or for personnel transfer to and from otherwise difficult to access locations, is the most widely known form of what is known as Human External Cargo.  Some operators however transfer personnel by harnesses on long-lines.

The company say that:

… linemen recently attached GoPro cameras to their helmets and took flight to replace aging insulators on a transmission line near Corona, California. The towers traverse the Santa Ana Mountains and help carry electricity from Menifee to Anaheim.

Before taking flight, the entire crew and helicopter pilots met for a tailboard, or safety discussion, to go over specifics of the day’s work. They discuss potential hazards, the weather forecast and the nearest hospital in case of an emergency. After the tailboard, each crew member checks their own harness to make sure it’s ready for flight. They then do a buddy check on another lineman to be extra safe.

Eight linemen were assigned to the job and paired up for the two-minute flight. The crew was flown up to the tower, followed by their equipment and new insulators. 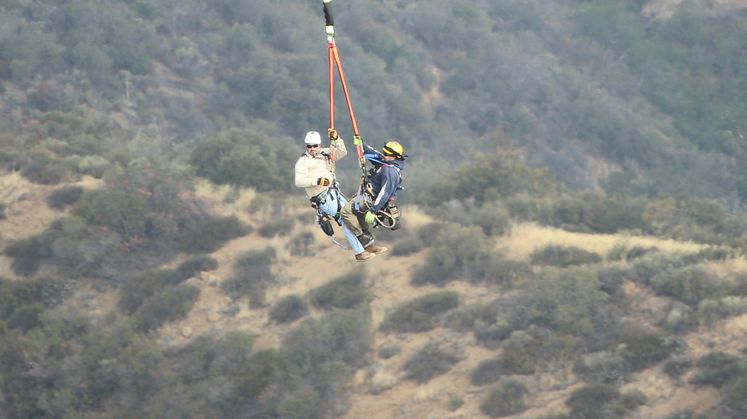 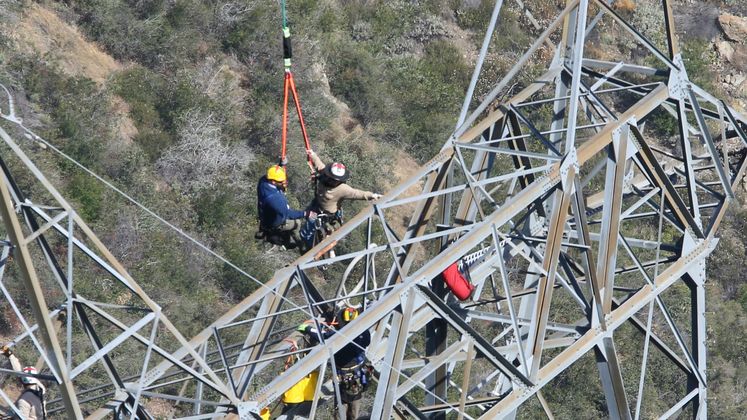 SCE took delivery of the EC135 in 2008 and has a fleet of six helicopters of various types based at the utility’s Chino Airport location.  An article published in 2012 describes the history of the HEC operation, the equipment and training.

They have recently added their first medium helicopter, a Bell 205 for under slung cargo work.  The company also construct pylons with chartered helicopters using under slung load techniques similar to ones Aerossurance has discussed recently.  They also contract for wire slinging operations.

UPDATE 9 December 2015: Aerossurance’s friends in South Africa have shared with us this video, which we suspect is from the 1990s, of power line work for ESKOM in SA.

See our article The Tender Trap on procuring aviation services Initial flight testing is now under way and delivery is expected in 2018.

Aerossurance has extensive helicopter operations, safety, regulation and contracting experience.  For practical aviation advice you can trust, contact us at: enquiries@aerossurance.com