On 30 July 2022 a Bell 206L was hover taxiing from the fuel bowser to park at Newman Airport, Western Australia when the main rotor stuck a hangar.

While lining up with marking aids on the taxiway, the pilot directed their attention towards a nearby parked helicopter to the right to ensure adequate clearance from the Bell 206L’s main rotor blade. As the pilot moved the 206L forward into the parking bay, there was a loud bang.

The pilot reported there was no loss of control or abnormal movement after the sound and continued to land and shut down the helicopter without further incident.

During the post-flight inspection, it was identified that one main rotor blade had contacted the end of the gantry which supports the sliding doors of the hangar. 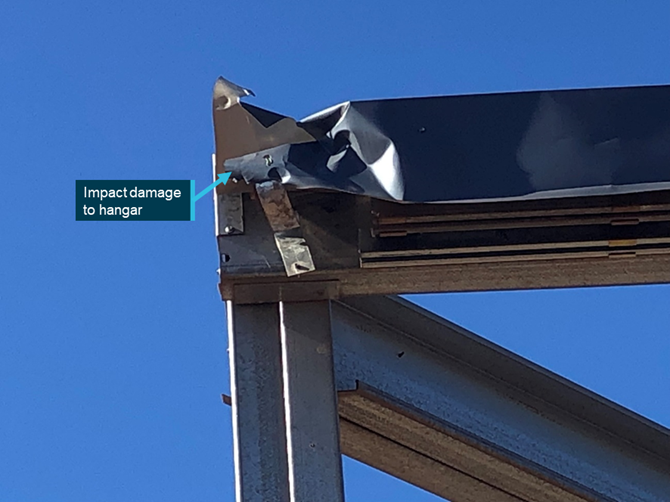 The helicopter sustained damage to the main rotor blade tip cap over about 10 cm. 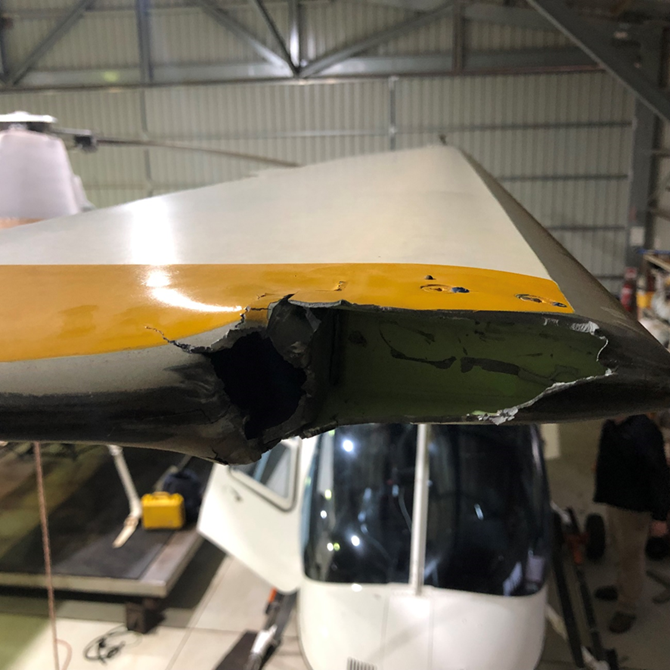 The FAA helicopter flying handbook advises that when taxiing near hangars or obstructions, the distance between the rotor blade tips and obstructions is difficult to judge.

To reduce collision risk, operators should consider human limitations in assessing the hazards and ensure crews maintain situational awareness of the aircraft’s established safe distance for separation from all objects during taxi.

Risk assessments on apron parking areas should be reviewed periodically to re-evaluate risks and mitigations.