Corrosion was recently found on a flying control bracket of a 3 year old Australian Sikorsky S-92A, masking the attachment bolt torque value, according to a Service Difficult Report (SDR) submitted to the Civil Aviation Safety Authority (CASA) by an offshore helicopter operator.

During routine inspection, it was found that one of the tail rotor pulley attachment bracket bolt has failed 100 in-lb torque check. Further investigation found FWD inboard anchor nut rivets had sheared – allowing the bolt to be somewhat tightened, but not able to be torqued. 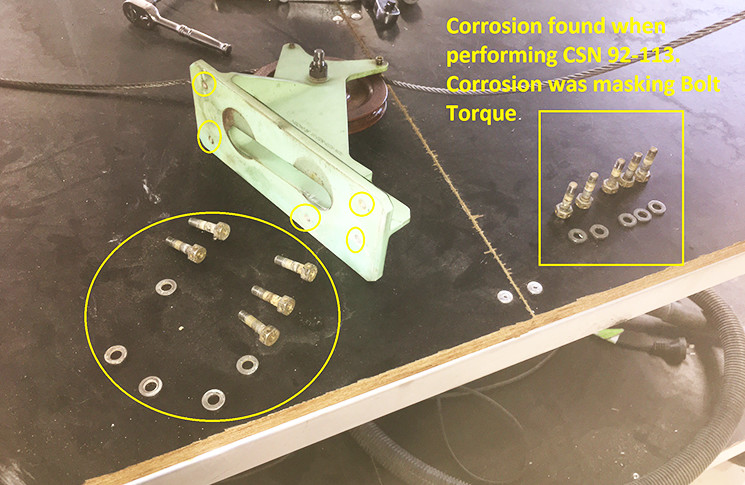 The Damage (Credit: via CASA)

Aircraft is approximately three years old and no major maintenance has occurred in this area.

The operator postulated that:

…the main contributing factor was the finding that the bolts of the attachment were installed dry and light surface corrosion was found on the shank and within the bolt holes.

The actions taken were:

Sikorsky will be informed by established means.