At a time of low oil price it might be surprising to hear that a new heliport is being constructed at Aberdeen Airport in Scotland, but that is what is currently happening.

Belgian operator NHV, the launch customer for the EC175 (now H175), has previously been reported to have been keen to establish a base in Aberdeen.

We have previously reported that they lodged a planning application with Aberdeen City Council in January 2015 for a facility on the Pitmedden Industrial Estate adjoining the Eastern airfield boundary at the Artic House industrial unit on Kirkton Drive, since vacated by Reel Group, who have moved to larger premises. 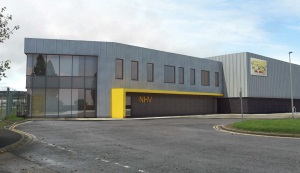 While currently landside, that site is alongside 130m of the current boundary fence adjacent to Taxiway Echo, near the airport compass base.  The plans show the boundary being relocated to give apron space on the airfield. 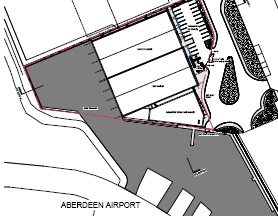 Fully detailed plans can be found on the ACC Planning Department website.

At the time of the planning application it was stated that the facility was being designed for the operation of 4 helicopters (“anticipated” to be Airbus Helicopters EC175s, the first of the new super mediums to enter service). 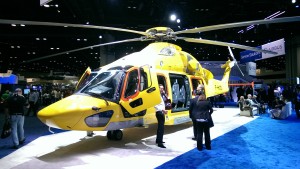 Architects for that project are Halliday Fraser Munro.  Their plans include a 2400m² two bay hangar and a two 900m² storey office / passenger terminal extending into the yard of the original industrial unit.  One hangar bay uses the existing building and contains engineering offices and stores at the rear.  The other bay is new.  Both feature 18m wide, 5.5m high doors.  The H175 has a 15m rotor diameter.

NHV Facility Viewed from the Airfield as Shown in the Planning Application (Credit: HFM) 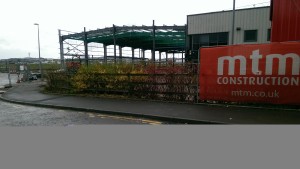 Construction Underway of a New Structure Next to the Existing Industrial Unit  (Credit: Aerossurance)

The site matches the planning application for the hangar, with an unrestricted bay in the new building facing the airfield. The area for the office / passenger terminal element is currently untouched. 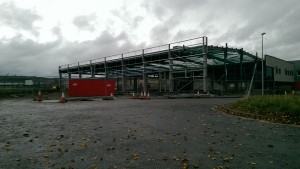 Some sources have suggested that NHV have a contract starting 1 January 2016, however there is no other public domain confirmation.

UPDATE 13 December 2015: The new hangar is almost fully clad, although work has not started on erecting the passenger terminal. 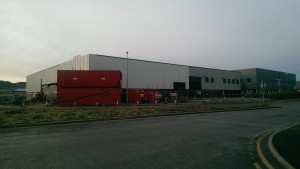 Ground works on the new apron are underway.  A sign in the car part confirms the intended occupants: 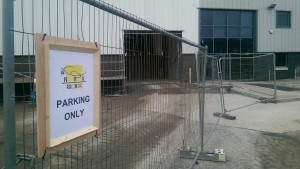 UPDATE 10 January 2016: A month since our last photographs there has been little visible progress.  One hangar bay remains to be handed over and ground works continue on the terminal, necessitating the temporary use of alternative facilities. 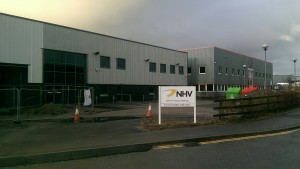 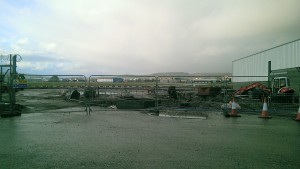 UPDATE 26 February 2016: Construction of the passenger terminal is just visible in this aerial photograph. 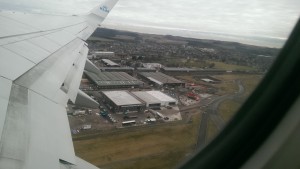 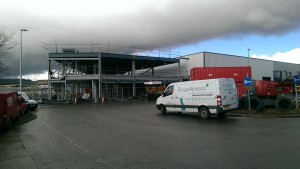 UPDATE 2 April 2016: The terminal has progressed but is still WIP. 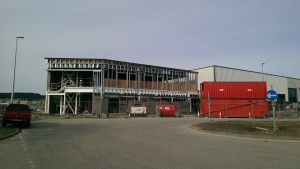 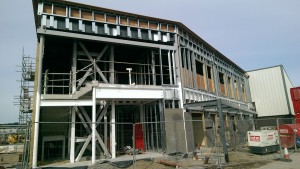 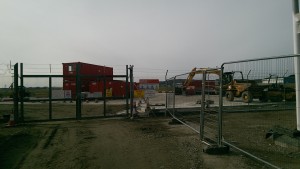 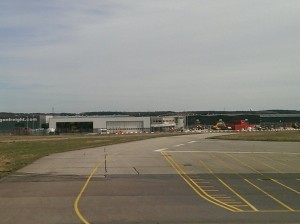 UPDATE 8 May 2016: The terminal walls are almost complete. 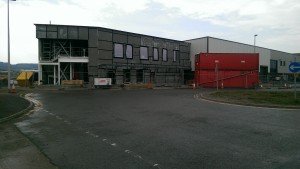 UPDATE 18 August 2016: Completion of the terminal is close and a noise deflector has been fitted between the three new helicopter ‘spots’ and the outside road. 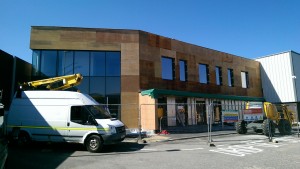 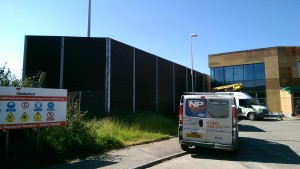 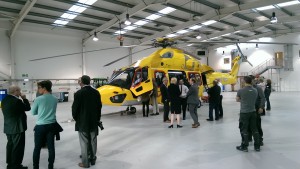 This article is based completely on public domain information.