Audits highlighted weaknesses in risk assessments prior to a fatal accident on a ro-ro ship.  The accident sadly highlights the importance of an effective Safety Management System (SMS) that includes effective risk assessments & procedures and prompt follow-up to audits.

The UK Marine Accident Investigation Branch (MAIB) issued their report on 16 July 2014 into the fatal crushing injury to an able seaman on British registered ro-ro cargo ship, Tyrusland in Tripoli, Libya on 15 May 2013. 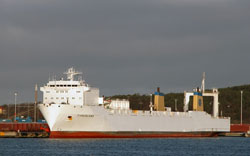 This was the fourth accident in less than a year involving UK registered ships managed by Imperial Ship Management.  Two of the accidents were fatal. The key safety issues identified were:

Focus areas identified for better risk awareness included joining ship briefings, familiarisation, work site assessments, personal protective equipment and audits. The development of effective risk assessments, their review and using them for work planning and toolbox talks were also identified. An increased focus on permits to work, particularly for invasive and pressurised systems, and the completion and verification of permits were other identified focus areas. Checking for defective equipment and better reporting through training were also noted.

UPDATE 22 May 2015: The US National Transportation Safety Board (NTSB) reported on the grounding in bad weather of the ice-class mobile offshore drilling unit (MODU) Kulluk, on Sitkalidak Island, near Kodiak Island, Alaska, on 31 December 2012. The Kulluk, owned by Shell Offshore and operated by Noble Drilling, had been undertow by the ice-class anchor-handling tow supply vessel Aiviq.  They had departed Captains Bay near Unalaska, Alaska, 10 days earlier for the Seattle, Washington for maintenance and repairs. 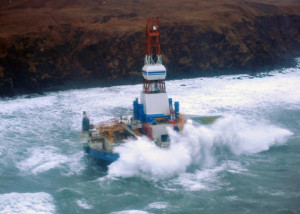 The NTSB determined that the probable cause was:

Shell’s inadequate assessment of the risk for its planned tow of the Kulluk, resulting in implementation of a tow plan insufficient to mitigate that risk.

UPDATE 1 September 2017: The Danish MAIB have published their report on the loss of two supply vessels being towed for breaking.  The report is discussed in these articles:

On the night between 21 and 22 December 2016, the Danish offshore supply ships MÆRSK SEARCHER and MÆRSK SHIPPER capsized and sank in the Bay of Biscay approximately 65 nm off the French coast while being towed by another offshore supply ship, MÆRSK BATTLER, en route to Aliaga, Turkey. 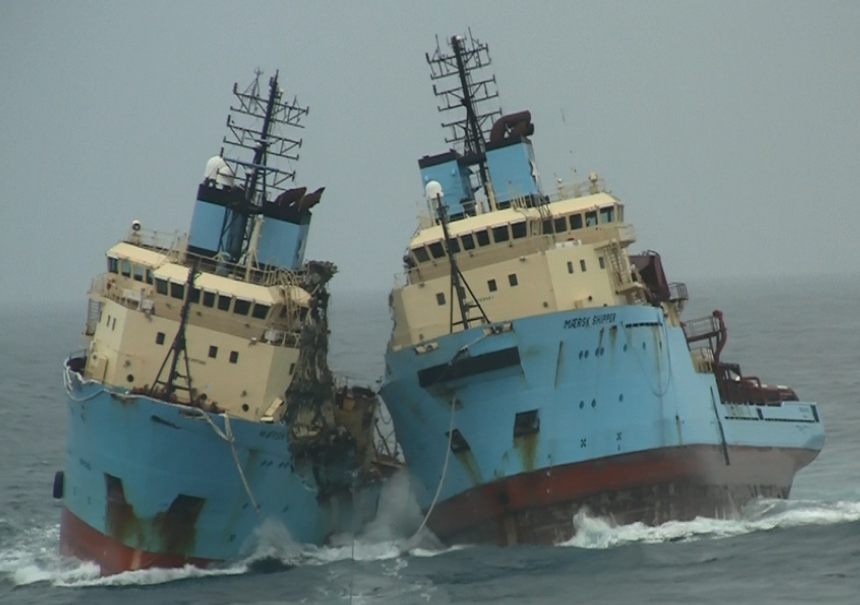 Significantly the tow had been originally planned with a less capable hip, necessitating a higher risk tow configuration.  When a better equipped ship was substituted the plan was not changed.  The superintendent who started the towing plan was laid off in a round of dismissals and was not given time to hand over his work. “Shortly thereafter, another round of reorganization completely replaced the leadership for Maersk Supply’s Europe operations”.

It is concluded in the report that the loss of fenders, collision and flooding of the unmanned ships under tow had been addressed in the risk assessment carried out, and that risk mitigating initiatives were in place for each risk item. However, these initiatives were ineffective.

The assessment of the risk reduction is highly sensitive to one or more individuals’ subjective risk perception, which will be strongly influenced by the desire to make the operation possible. Thereby, the risk management system will rarely limit activities prone to risk. In fact, the risk management system instead tends to facilitate the carrying out of risk prone operations.

We discussed a similar topic here: Regulatory Reflections & Resisting the Seduction of the Risk Management Process

In 2010 the UK Maritime and Coastguard Agency, supported by BP Shipping, Teekay Marine Services, and the Standard P&I Club, produced The Human Element:  a guide to human behaviour in the shipping industry.  The MCA has also published: Leading for Safety

Aerossurance provides assistance in the design, implementation and independent evaluation of Safety Management Systems.  For safety advice you can trust, contact us at: enquiries@aerossurance.com