The Danish Accident Investigation Board (DAIB), the Havarikommissionen, has recently issued their report into an accident to Bombardier Dash 8-200  OY-GRI, operated by Air Greenland, at Greenland’s third largest town, Ilulissat (BGJN), on 29 January 2014. 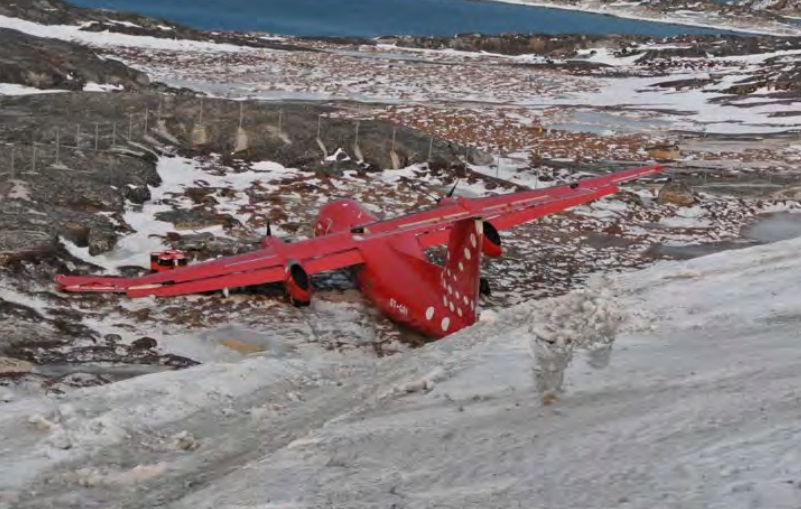 Adverse crosswind conditions at BGJN led to flight crew target fixation, a flight crew divergence from the operator’s stabilized approach parameters and a mental blocking of an appropriate decision on going around.

The flight crew divergence from the operator’s stabilized approach parameters induced a non-stabilized approach, which in combination with power levers retarded below flight idle in flight resulted in an accelerated rate of descent leading to a hard landing, with side load on the left main landing gear at touchdown.

Cycling the power levers between ground and flight range prevented an appropriate deceleration of the aircraft and prolonged the landing roll.

The prolonged landing roll combined with the application of full left rudder and no decisive use of reverse thrust on the side with the unaffected main landing gear made it impossible for the flight crew to maintain directional control.

The lack of directional control resulted in the aircraft running off the side of the runway and the safety zone, respectively.

The aircraft was destroyed as it skidded off the and down an embankment.  Fortunately only two minor injuries were sustained among the 15 occupants. 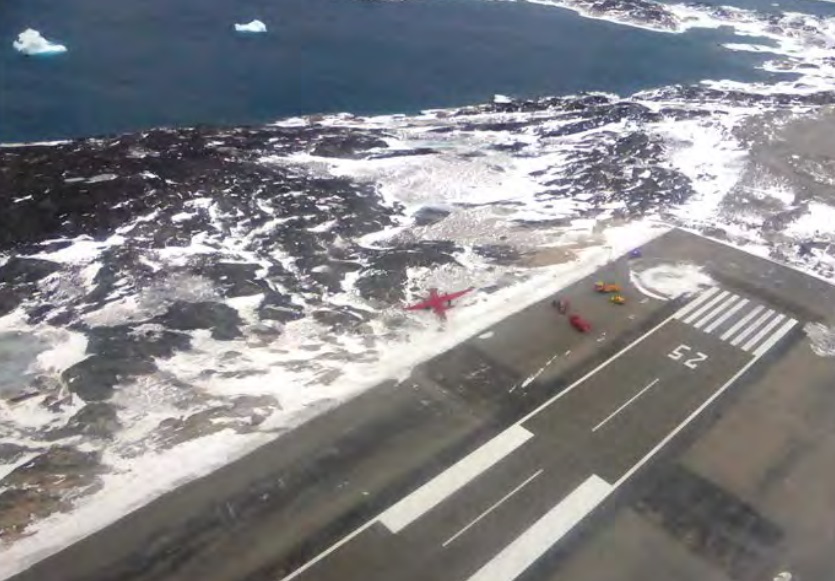 The DAIB found the crew had agreed to a visual steep approach of 5.1° and a reference airspeed of 99kt.  They also agreed a crosswind limitation of 31kt, above the operator’s limit of 25kt. The wind conditions given to the crew during short final approach warned of speeds up to 39kt.  Though the DAIB comment about a possible confirmation bias:

The combination of the ATS phraseology (“maximum to…… three niner knots) and at that time an increasing flight crew work load might have triggered the first officer’s perception of an ATS wind speed reporting of “maximum two niner knots”, which was below the flight crew agreed cross wind limitation of 31 knots.

As the aircraft passed below 1,000ft airspeed was still 144kt, exceeding the operator’s stable-approach maximum of 119kt for that aircraft’s configuration. The airspeed was still 138kt shortly after descending below 500ft.  The crosswind and a low flap setting of 15°, affected the crew’s ability to handle the aircraft.  While still airborne, the crew retarded the throttle below the flight-idle setting – into the ‘beta range’ normally used on the ground.  Use of this setting in flight presents risks propeller overspeed and engine damage, but a warning horn to alert the crew does not activate if the aircraft is below 20ft. 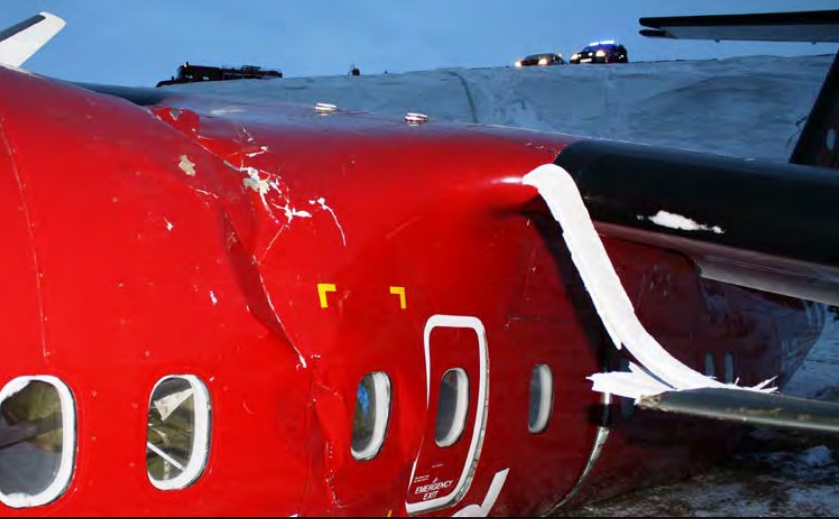