US Part 121 air carriers now have less than 3 months to submit their Part 5 Safety Management System (SMS) implementation plans to the Federal Aviation Administration (FAA).  Of course the more proactive US Part 121 operators have already introduced an SMS. After a long rule-making process, the final rule was issued in March 2015 requiring:

…each air carrier operating under 14 CFR part 121 to develop and implement a safety management system (SMS) to improve the safety of its aviation-related activities.

During rulemaking the FAA clarified that this only related to their Part 121 aviation activities and not those conducted under any other approval (such as Part 145).  It should be noted that the FAA has chosen not to require other organisations, in particular Part 135 operators, to implement an SMS (an omission we expect to regularly feature in future air accident reports). 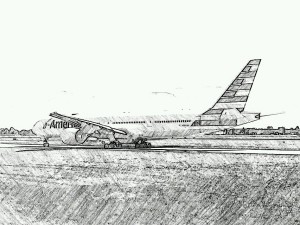 The FAA estimated that the rule applies to around 90 operators (30 of whom employ more than 1,500 people).  In their Cost Benefit Analysis (CBA), the FAA estimate the cost of implementation will be $135 million (in 2010 $) over 10 years and give estimated benefits (using $8.9mn per life) of between $104 million and $242 million over the same period.  They note that:

The FAA’s Office of Accident Investigation and Prevention identified 123 accidents involving part 121 air carriers from fiscal year (FY) 2001 through FY 2010 for which identified causal factors could have been mitigated if air carriers had implemented an SMS to identify hazards in their operations and developed methods to control the risk.

Part 5 is structured as follows:

This advisory circular (AC) provides information for Title 14 of the Code of Federal Regulations (14 CFR) part 121 air carriers that are required to implement Safety Management Systems (SMS) based on 14 CFR part 5. Specifically, this document provides a description of regulatory requirements, guidance, and methods of developing and implementing an SMS. This AC may also be used by other aviation service providers interested in voluntarily developing an SMS based on the requirements in part 5.

FAA also chose not to reflect the ICAO Annex 6 standard of Flight Data Analysis Programme (FDAP) aka Flight Data Monitoring (FDM) aka Flight Operations Quality Assurance (FOQA) in the rule.  They give the excuse that smaller operators with older (more difficult to modify) aircraft would not be able to afford it.  However they provide no economic justification.

We do however have past concerns that the FAA’s fondest for fines may undermine that implementation.

UPDATE 23 Oct 2016: The NTSB observed the lack of an SMS requirement in Part 135 after HS 125-700A (Hawker 700A) N237WR suffered a LOC-I on approach at Akron, Ohio.  NTSB Chairman Christopher Hart commented on the importance of an SMS being: “an effective set of practices, not a binder full of disregarded procedures that sits unused on a shelf”.   We have previously written about SMS Shelfware.

UPDATE 31 May 2017: The NTSB again observe the lack of SMS in Part 135 after the loss of de Havilland DHC-3 Otter floatplane, N270PA in CFIT Alaska along with 9 lives: All Aboard CFIT: Alaskan Sightseeing Fatal Flight