On 27 June 2016, Air France Airbus A319 F-GRHX, with 132 people onboard, passed Airbus Helicopters Cougar F-ZWBS with a minimum separation of 0.2 nm horizontally and 240 ft vertically on approach to Marseille-Provence Airport (close to the points marked ’10’ below). 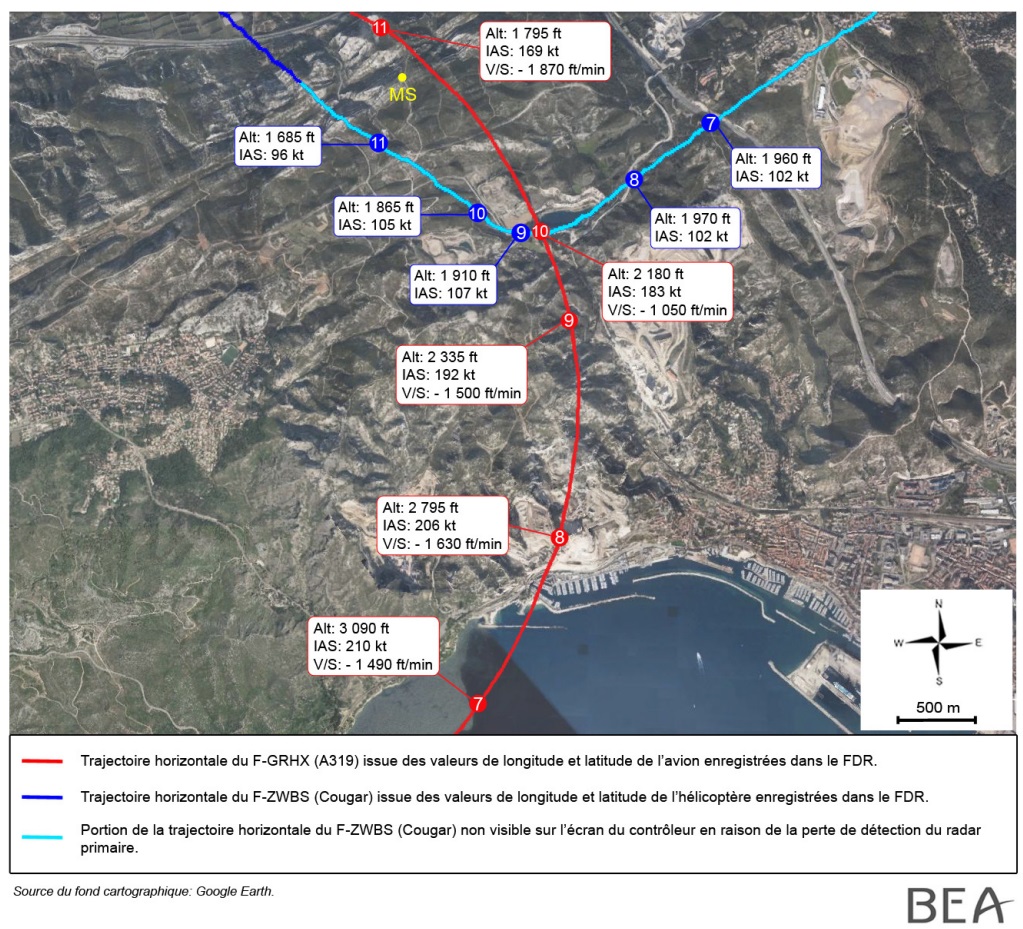 According to the Bureau d’Enquêtes et d’Analyses (BEA) investigation report (published only in French), the helicopter was returning from a VFR test flight to the east of the airport.  Its transponder had failed in flight so air traffic control only had primary radar contact. The BEA comment this hazard may have been underestimated and there was excessive confidence in the primary radar’s tracking.

The helicopter crew were told they would land behind a Lufthansa A320 on Runway 31R by the Tower Controller.  They were shortly after told to land on 32L instead. 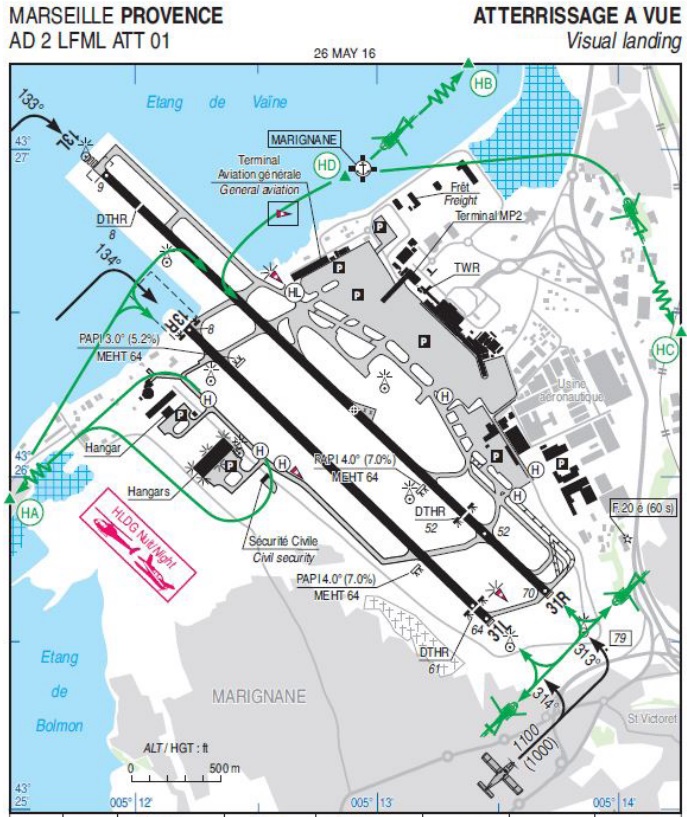 The Air France, operated for Hop!, was performing a visual approach to Runway 31R and were also told they were number 2 behind the A320 by the Approach Controller.  They were unaware of the presence of the helicopter.  The Tower frequency was noted to be busy (it was active for about 80% of the time, which is very high use say the BEA). The investigators note that use of non-standard phraseology in French contributed significantly to the congestion of the tower frequency.

While on base leg, the Cougar crew slowed significantly and came into the hover at point 3.  The primary radar then automatically filtered out the slow moving target (the cyan track below), even when the speed increased. 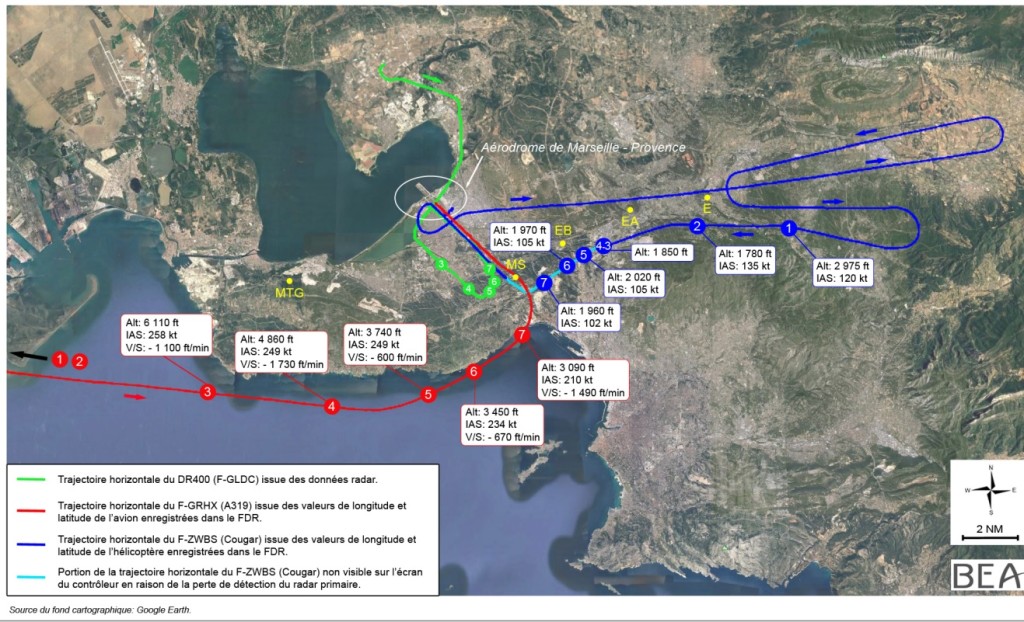 The Cougar crew were meanwhile visually searching for a Robin DR400 light aircraft that was to the west.  As they crossed the approach to 31R to intersect 31L they were unaware that the A319 was behind them and closing.  It as at this point the minimum separation occurred.

The A319’s TCAS could not detect the helicopter because of the faulty helicopter transponder.  Visual acquisition was difficult as the helicopter, intended for a military customer, was camouflaged and being viewed against the ground.  The BEA comment that the closing speed “also makes it difficult to apply the concept of ‘see and to avoid”.  The BEA comment that the helicopter crew, being Marseilles based, has been able to develop mutual trust with the local controllers. So, as the crews are familiar with the terrain, there was less rigour in position reports and the controllers may haven been less vigilant in tracking them. While this might be adequate normally, it could aggravate unexpected event.