The helicopter, operated by Babcock, was returning to the aerodrome after taking part in firefighting activities, while the biplane was on a private flight in the vicinity of the airport. 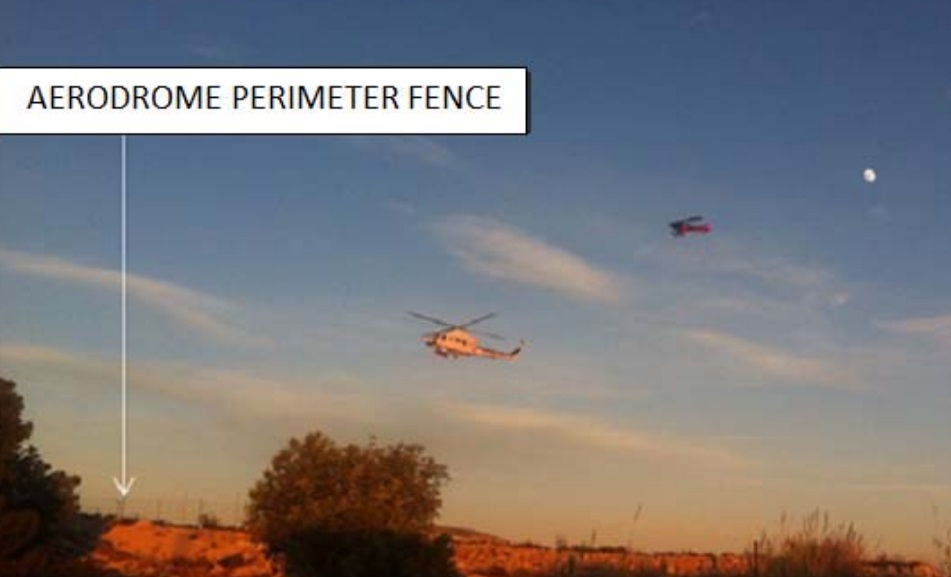 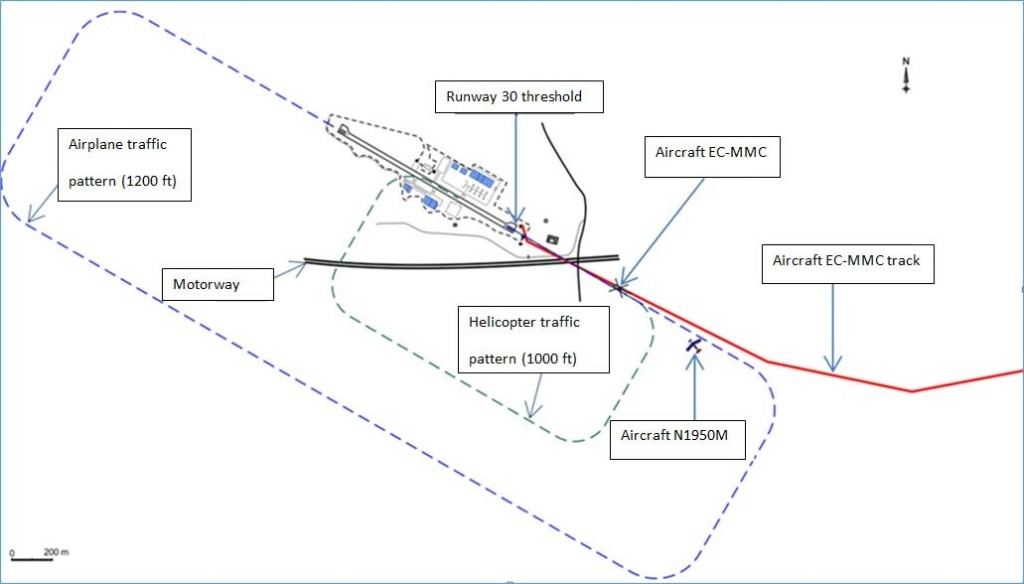 According to the helicopter pilot he made position reports on the aerodrome frequency on several occasions and notified that he was on final approach to runway 30 at the uncontrolled airfield without having received any communication from any other aircraft.

During the final approach, the rear of the helicopter was impacted, causing it to lose its tail rotor. 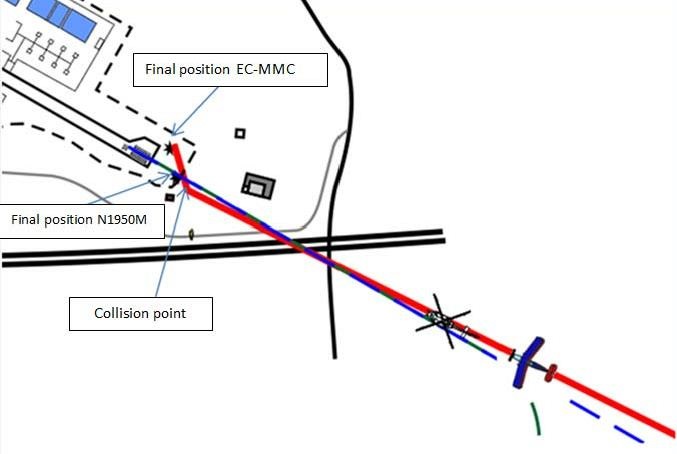 As a result, the helicopter destabilized, although the crew managed to make an emergency landing in a level attitude and a clockwise yaw motion [from c 10m]. 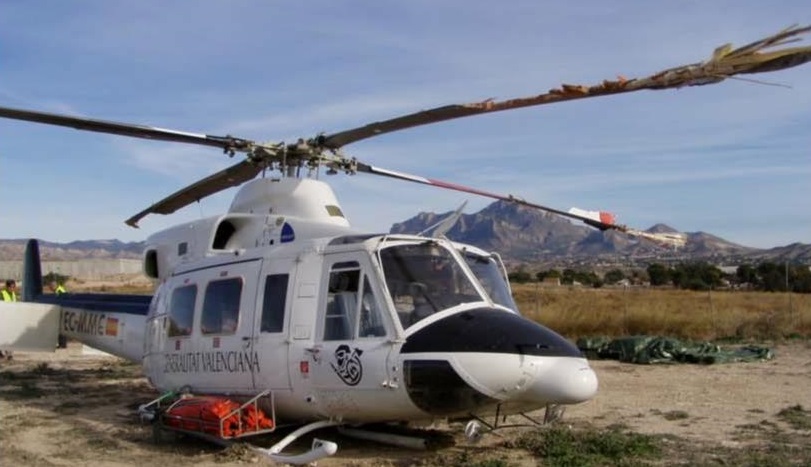 The biplane lost its right wings upon impacting the helicopter, as a result of which the pilot lost control of the aircraft, which crashed into the ground in an inverted position. 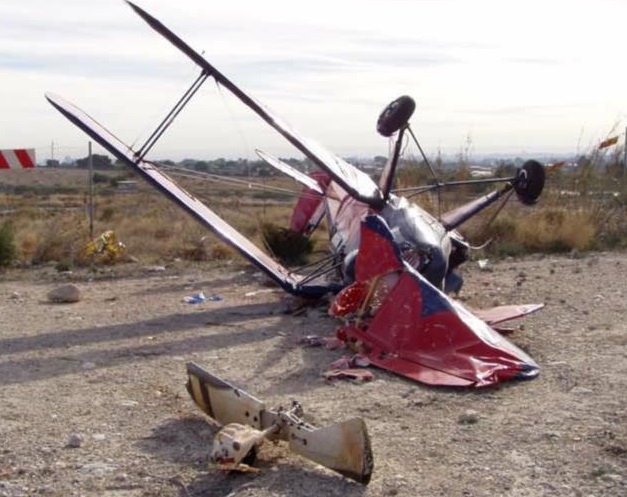 The [biplane] pilot died after the accident as a result of the injuries sustained.

The crew of the helicopter made an emergency landing and of its ten occupants, two were slightly injured. The rest were uninjured.

The most likely cause of the accident was the failure of the pilot of the Bücker to detect the helicopter while on final approach to runway 30 at the Mutxamel aerodrome. The biplane was further back and in a higher position in the approach to land on the same runway.

The investigators say the following factors contributed to the accident: