The European Aviation Safety Agency (EASA) has launched a Rule Making Team (RMT.0271 & 0272 [MDM.073 (a) & (b)]) on in-flight recording for light aircraft. The Terms of Reference (ToR) and Group Composition (GC) are here.  By way of definition the ToRs state:

EASA note that aircraft that aren’t required to carry data recorders include:

One could argue that this initiative is particularly important now that EASA have issued a notice of proposed amendment on commercial air transport operations at night or in IMC using single-engined turbine aeroplane (NPA2014-18).  The likely aircraft types are the Cessna C208 Caravan, Pilatus PC-12 and Socata TBM700/850. Eight safety recommendations have previously been addressed to EASA recommending the introduction of in-flight recording for lighter aircraft (listed below in chronological order of accident date): 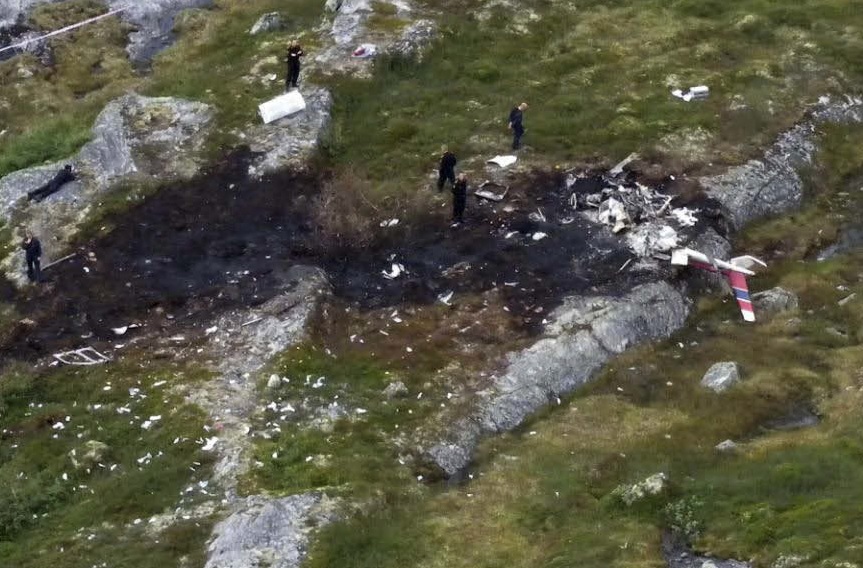 Aerossurance has previously reported on recommendations made in other countries (such as Canada).  The US National Transportation Safety Board (NTSB) has had wider recorder use on its ‘most wanted list’ too.

…the research indicates that image recording systems can, if properly installed and appropriately analysed together with conventional recording systems, provide additional information that would assist in accident investigation.

Aerossurance has previously commented on other recorder options that have been successful introduced.

EASA also point out that:

Other equipment mandated or usually carried on board light aircraft has also some recording capability. Advantage could be taken of this equipment as an alternative solution to a dedicated in-flight recording solution.

The team is tasked with:

Aerossurance observes that the use of this recorded flight data routinely for flight data monitoring purposes (known in the US as Flight Ops Quality Assurance) would be an even greater enhancement to safety and thus aid the economic justification for new equipment.  EASA has previously funded research on FDM on small helicopters.

UPDATE: The NTSB has issued a report analysing data from a Appareo GAU2000 fitted to a Lockheed P2V7 aerial fire-fighting tanker N14447 that crashed in 20 miles north of Modena, Utah on 3 June 2012.  The recorder suffered extensive heat and fire damage in the accident but the data card containing data was recovered and downloaded.   It enable the NTSB to compared the penultimate and accident drops:

UPDATE 5 November 2014: NTSB held a board meeting on a loss of control accident in 2013 to an Alaskan State Trooper AS350B engaged in a search and rescue mission.  NTSB made a number of findings and recommendations and again emphasise the value of recorders such as, in this case, the Appareo Vision 1000 (discussed in detail in an earlier Aerossurance article).

UPDATE 23 October 2015: UK AAIB made recommendations on recorders in their report into the fatal accident involving EC135T2+ G-SPAO that crashed onto the Clutha Vaults Bar in Glasgow, Scotland on the night of Saturday 29 November 2013.  See our article: AAIB Report on Glasgow Police Helicopter Accident

UPDATE 27 May 2016: Other recommendations came from Belgium after a structural failure of a Pilatus PC-6 OO-NAC‘s wing after a significant negative g manoeuvre, while being flown for parachuting on 19 October 2013.

A lightweight flight recorder is designed to meet less demanding crash-protection requirements, and therefore it can be lighter.

This NPA proposes to mandate the carriage of lightweight flight recorders for some categories of light aeroplanes and light helicopters when they are commercially operated and manufactured 3 years after the date of application of the amending regulation.

In addition, this NPA proposes to promote the voluntary installation of in-flight recording equipment for all other light aeroplanes and light helicopters and for all balloons.

UPDATE 30 June 2017: UK CAA have published their comments on the NPA.

The NTSB asked the manufacturers – Airbus Helicopters, Bell, Leonardo, MD Helicopters, Robinson and Sikorsky – to act since the Federal Aviation Administration has not implemented a series of NTSB recommendations made in 2013 and 2015.  Those recommendations were issued after NTSB investigators found the lack of recorded data hindered their understanding of several crashes that could have serious flight safety implications. 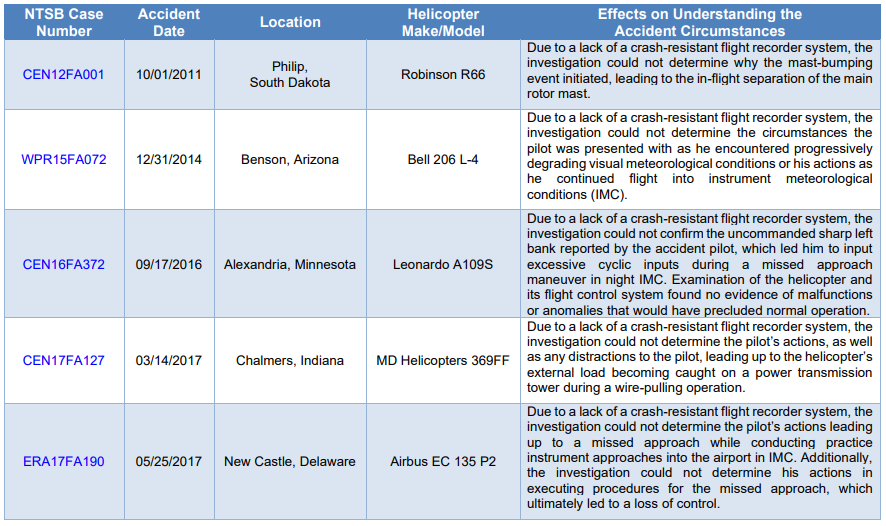 Aerossurance has first hand experience with the development of flight data recorder technology. implementation of flight data monitoring programmes and conducting safety investigations.  For practical aviation advice you can trust, contact us at: enquiries@aerossurance.com