On 14 November 2019 a DJI Matrice 210 RTK Unmanned Air System (UAS) / drone / Remotely Powered Aircraft (RPA) operated by inspection company Applus Wokman, was being used to inspect of the underside of the jetty of the PNG LNG ExxonMobil Marine Terminal near Port Moresby, Papua New Guinea.  The 6.14 kg quadcopter UAS collided with one of the jetty’s pylons and fell into the sea and was damaged beyond repair by the seawater. 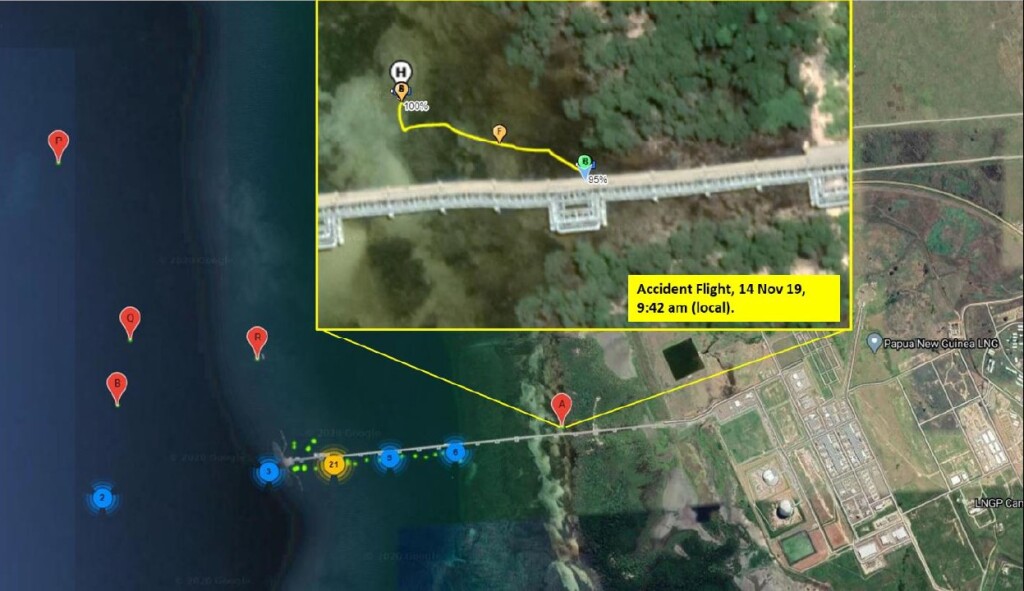 The Papua New Guinea (PNG) Accident Investigation Commission (AIC) explain in their safety investigation report that Applus had been contracted by ExxonMobil PNG to conduct aerial inspections, of both the jetty and marine navigational aids during November 2019. Applus had been issued a Civil Aviation Safety Authority PNG (CASA PNG) Part 101.202(3) Instrument of Approval on 22 May 2019.

The flight was being conducted from a pilot boat near the jetty by a UAS remote pilot and a technical assistant from Applus, each with their own remote control and monitor. 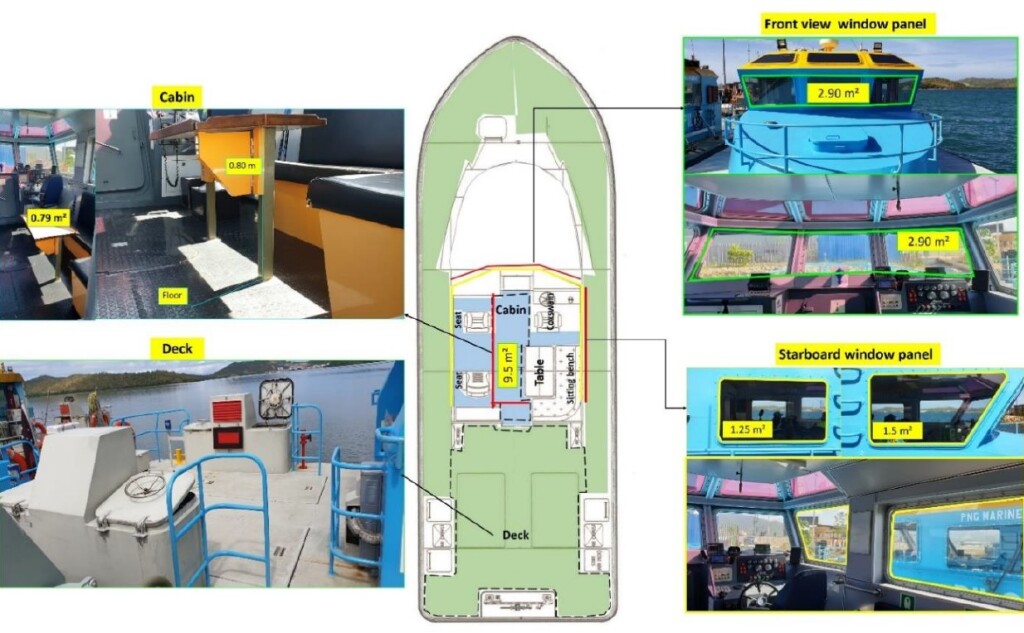 The pilot did not have a PNG RPA [Remotely Piloted Aircraft] pilot licence, nor was it required under PNG CAR Part 101. The pilot was a Civil Aviation Safety Authority (CASA) Australia licenced RPA pilot and…had over 400 hours on RPA operations [86 on type].

The Matrice 210 RTK UAS was fitted with an upper gimble mounted camera and an integral First-Person Vision (FPV) camera. 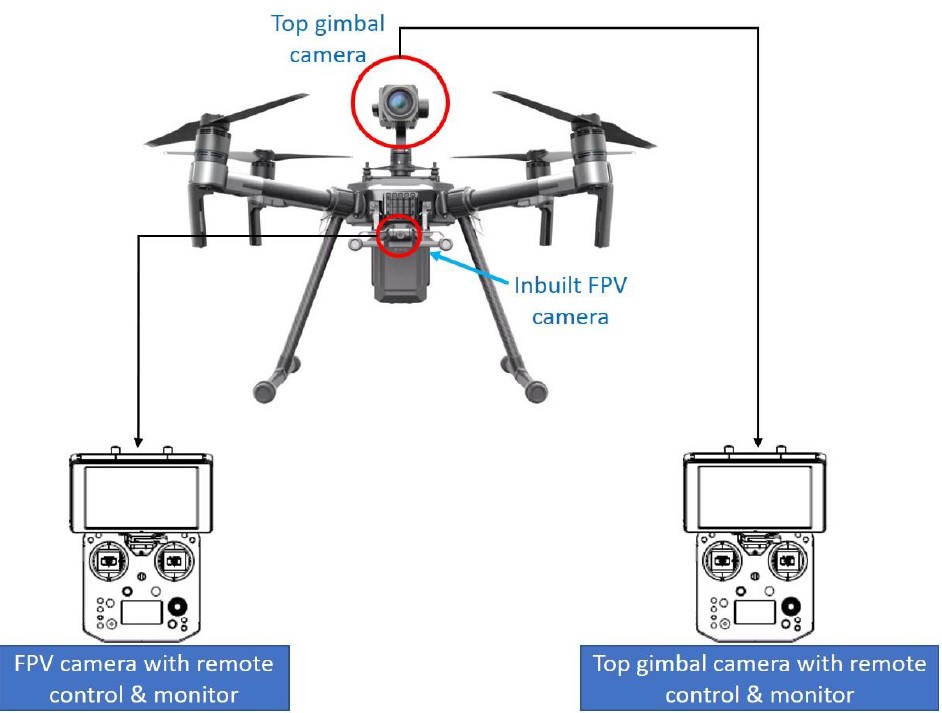 The day before they had operated from the deck of the vessel but on the day of the accident they had relocated to the air-conditioned wheelhouse “to prevent the monitors from overheating” (outside air temperature was 27.3 °C).

[T]he wind speed was 3.3 knots from the South West.  [T]he pilot boat was positioned about 100 meters from the shoreline. The coxswain reported that the boat could not be brought closer..because the tide was low… The coxswain…was concentrating on the maneuvering the boat to keep it in a steady position, safe from the low tide depth.

The [UAS] pilot also stated that immediately prior to the collision, he had lost his line of sight with the RPA because the pilot boat was being rocked and swayed due to the local conditions at the time. He subsequently stopped manoeuvring the RPA and started moving from his starboard (right) side position to the centre forward position in an attempt to re-establish line of sight. 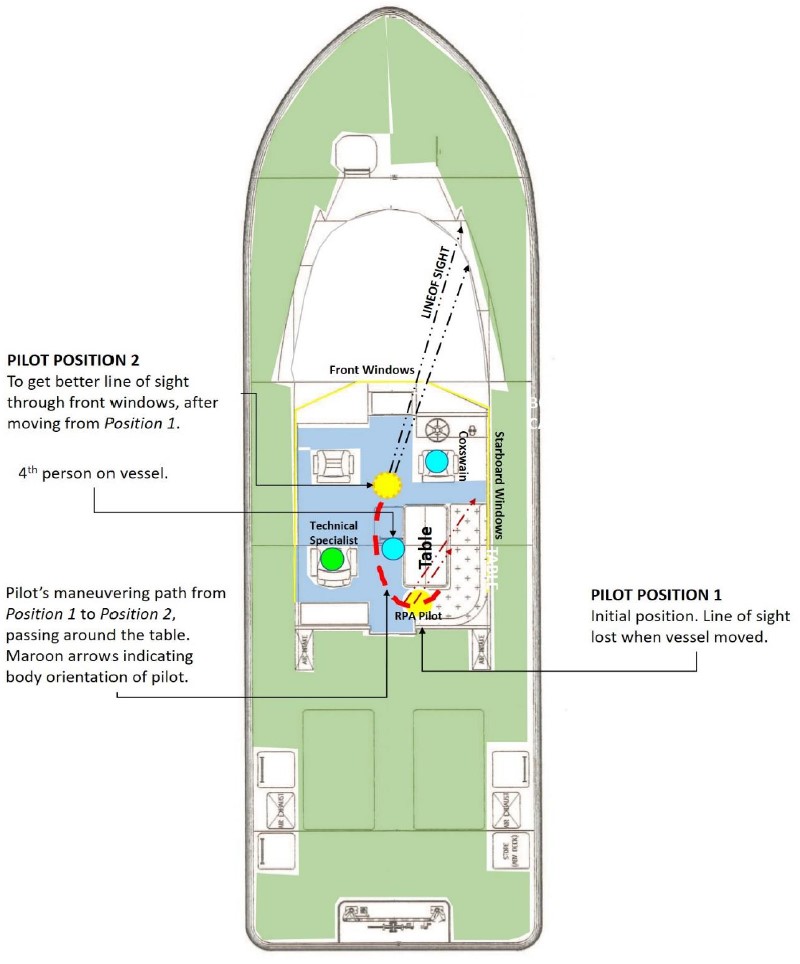 However, when he regained visual contact with the RPA, it had already collided with one of the pylons. The pilot mentioned that when he was moving positions, he may have inadvertently moved one of the remote-control sticks.

According to the telemetry data, the RPA was positioned less than half a meter, from the northern side of the pylon, about 5.5 ft above mean sea level (AMSL) when the remote-control sticks were momentarily in the neutral position before the right control stick suddenly shifted fully to the right. 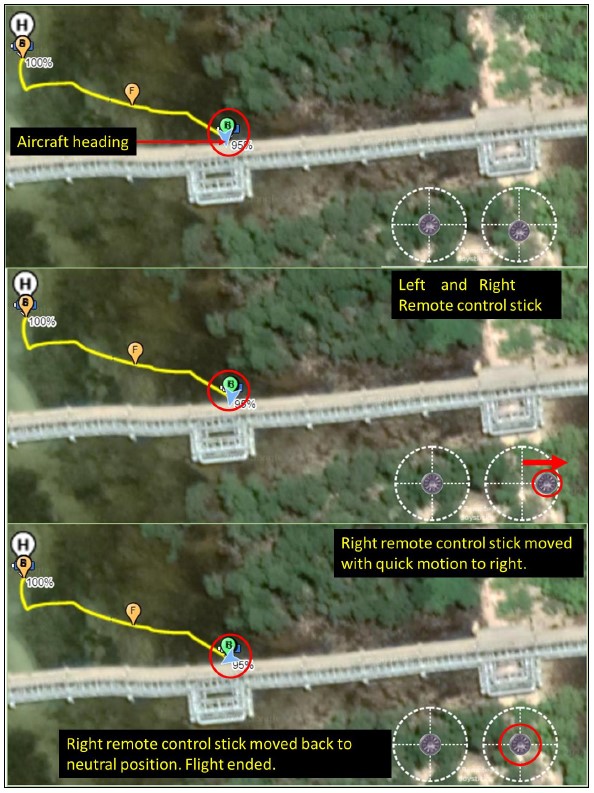 The data recording ended less than half a second later. Blank data followed after that point which signifies the collision and subsequent drop and submersion of the aircraft into the sea.

The total flight time was 61 seconds. 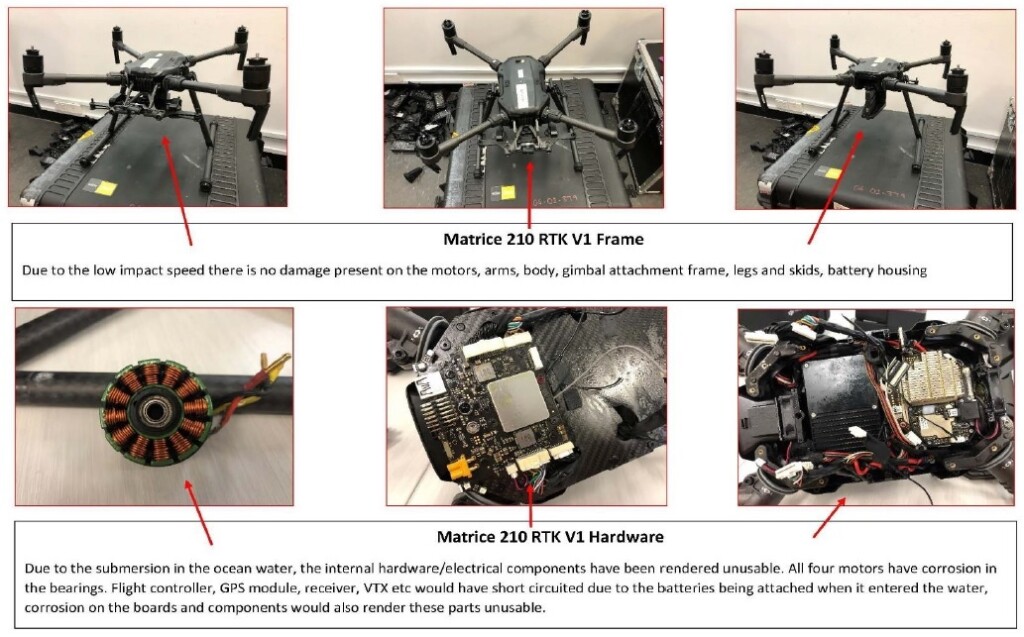 [R]ecords of operator’s maintenance and pre-flight checks (including flight and function tests) were reviewed. The investigation did not find any indication of malfunction of the power systems and sensors that could have affected the RPA in the context of the accident.

AIC don’t however discuss what planning and task risk assessment preceded the task.

Maintaining clear visual reference with the low flying RPA, operating at about 5ft above sea level, would have been challenging from that [100 m] distance.

The RPA pilot was operating from the cabin of a swaying pilot boat with limited view of the outside, through the window panels. The AIC determined that the decision to operate the RPA from inside the cabin posed a high risk of losing sight of the RPA.

The AIC found that the technical assistant was not performing the role of an observer as specified in CAR Part 101. In fact, the operator was conducting RPA operations without an observer. The use of an observer was necessary to maintain visual refence with the RPA and surrounding area at all times during operations.

The investigation determined that the RPA moved towards the pylon as a result of an input to the right control stick.

…the investigation determined that by flying close to the sea surface, the system may have been disabled.

Although the accident occurred on 14 November 2019, CASA PNG was only informed 9 weeks later, on 22 January 2020.  Two days later the AIC were informed by CASA PNG.

Applus stated in an interview with AIC that the occurrence was reported to the ATSB [Australian Transport Safety Bureau] on 18 November 2019 in accordance with their internal [preumably group] procedures.

It’s not clear what ATSB did with the information they received.

In addition, the ATSB has reported on Insitu ScanEagle X200 UAS AV616 that was destroyed on 9 January 2019 after a loss of control – inflight (LOC-I) shortly after launch from the Shell / QGC Woleebee Creek gas compressor station in Queensland on a Beyond Visual Line of Sight (BVLOS) survey flight of gas field infrastructure.  Shortly after launch, the 26.5 kg X200 pitched up and stalled. The pilot…

…commenced the emergency procedures for a stall-spin, however the X200 self-recovered before the checklist was completed. At about the same time the pilots received an alert indicating an airspeed sensor failure and initiated the associated emergency procedure checklist.  Before visual sight was lost, the ground crew observed the X200 oscillating in pitch as it continued to fly to the programmed first waypoint. While the flying pilot was executing the emergency procedures checklist, the X200 entered a second aerodynamic stall. Following self‑recovery from a low height above terrain, the X200 commenced a climbing orbit. Shortly after, the X200 entered a third aerodynamic stall, this time from a height that was insufficient for recovery, and collided with terrain. 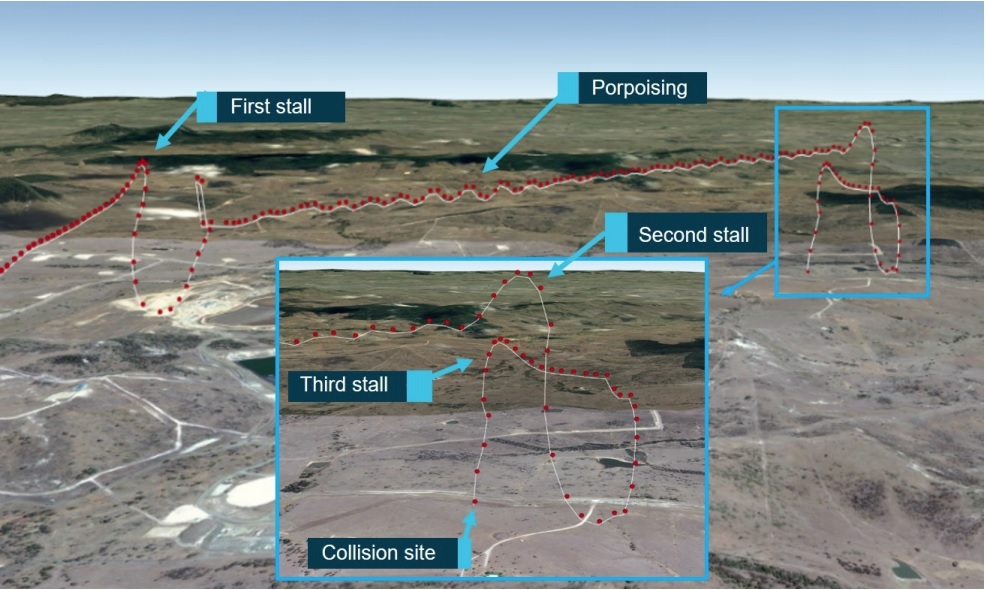 The investigation found that the blockage in the pitot-static system resulted in unreliable airspeed data being supplied to the autopilot. Unreliable airspeed data led to the X200 entering an aerodynamic stall at a height that was insufficient for recovery.  During the pre-flight checks, there were opportunities for the erroneous airspeed indications to be identified. However, they were not recognised by the crew or flagged by the ground control station.