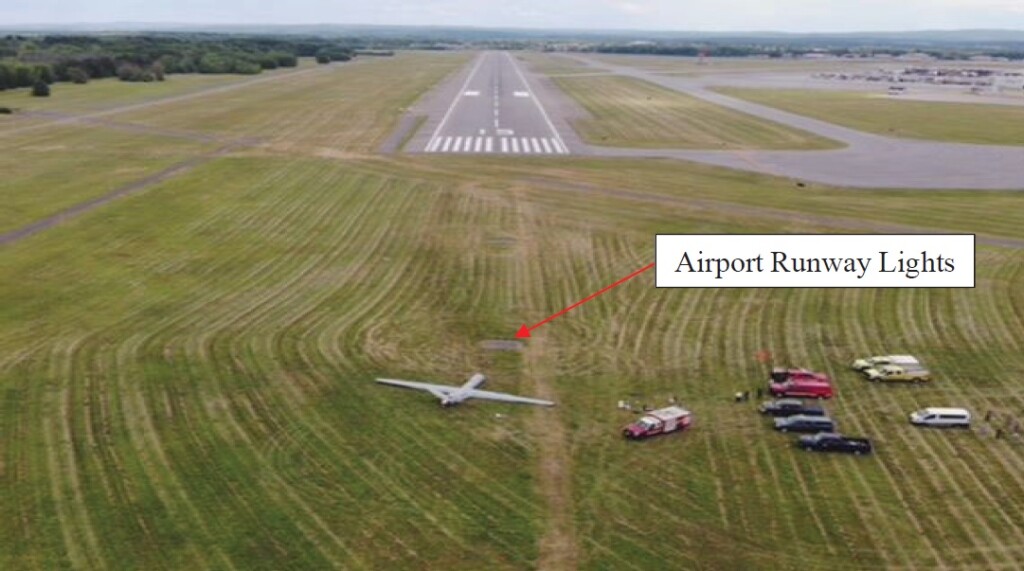 The USAF Accident Investigation Board reported that:

At 13:23:41Z, the Mishap Pilot (MP) applied takeoff power to the MA and began the takeoff down runway 33 Syracuse Hancock International Airport.

The crew, of a pilot and sensor operator, met the Air Force requirement for a minimum 12-hour rest period prior to the duty period with the opportunity for at least 8 hours of uninterrupted sleep.

At 13:24:14Z the MA lifted off the runway and began to climb out for departure.

Approximately seven seconds after becoming airborne and about 150 feet above ground level (AGL)…the MC began running the after takeoff checklists.  One of the after takeoff checklist steps calls for retraction of flaps from 15 degrees to 0 degrees by moving the Flap Lever forward to the middle neutral position.  The Flap Lever and Condition Lever are located approximately an inch apart, without labels, markings, and are the same color. 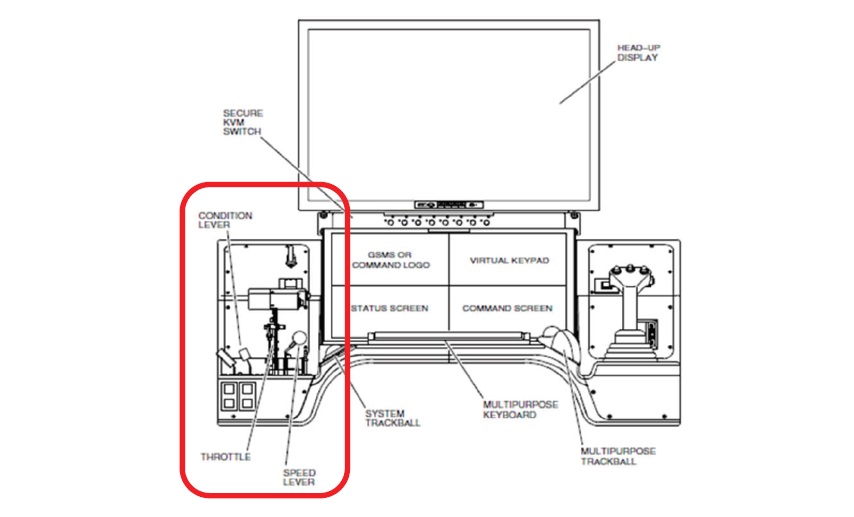 At 13:24:21Z the Heads-Up Display (HUD) displayed a “Check Condition Lever” warning, this indication means that the Condition Lever is not fully forward.

Upon realization that the engine had lost power, in accordance with emergency procedures checklist, the mishap crew (MC) consisting of the MP and mishap sensor operator (MSO), began running the Critical Action Procedures (CAPs) for an engine failure. The MP continued to misidentify the appropriate lever and pulled the Flap Lever to full aft or back…which extended the Flaps to a mechanical stop of 45 degrees creating more drag.

The MA impacted the ground 21 seconds after loss of engine power.

Upon impact the MA struck a portion of airport runway lights, spun 180 degrees, and came to a rest approximately 600 feet off the departure end of runway 33.

Oddly no comment is made about how the levers are shaped differently to give a tactile form of identification or of any applicable design standards.

The AIB also note that “These levers could easily be mistaken by an inexperienced, fatigued, or confused crewmember.”  As the MP was neither inexperience nor fatigued there is an implication they were ‘confused’, though that is not elaborated on.

The three factors identified were from the Acts and Precondition layers of HFACS, as seen below (marked red).  No factors in Supervision or Organisational Influence layers were identified by the AIB. 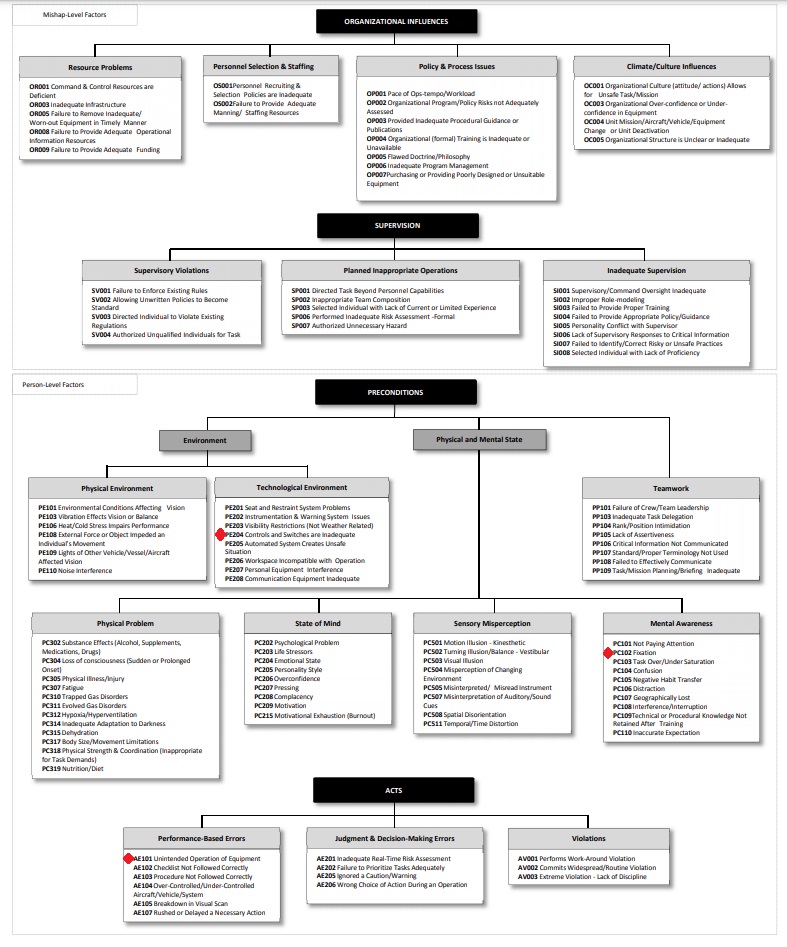 Aircraft Data Loggers and witness testimony prove, by a preponderance of the evidence, the cause of the mishap was the MP misidentifying the Flap Lever and pulling aft or back on the Condition Lever instead of pushing forward on the Flap Lever which cut the fuel supply to the engine, causing the engine to stop and the MA to impact the ground.

Further, I find by a preponderance of the evidence that the following factor substantially contributed to the mishap; the design of the pilot GCS Control Console Throttle Quadrant including the proximity of the Condition Lever and the Flap Lever, lack of markings, color differentiation, or a safety guard.

UPDATE 15 April 2021: The local press report that FAA approval to commence UAS operations at the airport in December 2015.  Until September 2019, when a new primary radar was installed, the FAA required the UAS to be escorted by piloted chase planes from the Civil Air Patrol until they reached their cruising altitude.  There was no public announcement of the June 2020 accident until the AIB report was released in April 2021.