Chemical company DuPont (E.I. DuPont de Nemours & Co Inc.) has been feted for its safety performance for many years (for example winning the National Safety Council‘s 2013 Robert W. Campbell Award).  Its reputation in the field of safety stretches back to the founding of the company as a gunpowder manufacturer in 1802.  This is one that the company also exploits through a consultancy division selling safety and operational excellence services to other organisations.  However, that reputation has been blasted by federal agencies after a series of fatal accidents.

On 15 November 2014, a worker was overcome at a DuPont chemical manufacturing facility in La Porte, Texas when a supply line unexpectedly released around 20 tonnes of methyl mercaptan. Three colleagues came to the worker’s aid but all four were asphyxiated by the flammable and highly toxic gas.

The independent investigation into that accident is still on-going by the US Chemical Safety Board, but in February 2015 the CSB made an interim statement that identified serious process safety shortcomings: 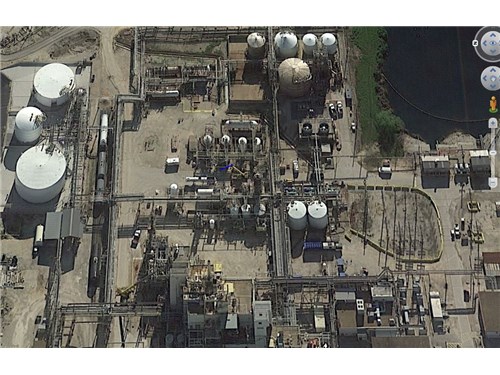 Last week it was reported that:

The U.S. Occupational Safety and Health Administration [OSHA] on Thursday slapped DuPont with a $273,000 fine for safety violations at its plant in La Porte. That’s on top of fines issued in May stemming from last year’s tragedy, when a toxic chemical leak killed four workers.

OSHA issued citations to DuPont for what they claimed were:

…three willful, one repeat and four serious violations at their chemical manufacturing plant in La Porte. The agency has proposed penalties of $273,000 for these new violations.

DuPont’s website contains no reaction to the OSHA fines, although they do have 15 days to contest them.  The last DuPont press release on the La Porte accident was issued two days afterwards, on 17 November 2014, promising further (yet to materialise) updates. One newspaper reported that DuPont has said “it has not had the chance to fully review the latest findings” but is “disappointed with OSHA’s classification”.

Comments by CSB on this and Two Previous Fatal Accidents

Rafael Moure-Eraso, Chairperson of the CSB said in February 2015:

This is my fifth and final year serving as Chairperson of the U.S. Chemical Safety Board. During that time the CSB has investigated three major, fatal accidents at DuPont facilities around the U.S.  The frequency of these incidents is a concern for the Board…

The first…in January 2010, at DuPont’s manufacturing plant in Belle, West Virginia, resulted in the death of one worker when a braided steel hose ruptured, releasing highly toxic phosgene gas.  The CSB investigation found that DuPont had not used the safest materials of construction for the hose – had not replaced the hose on the required maintenance schedule – had not installed a properly ventilated and alarmed enclosure around the phosgene to prevent worker exposure – and finally, had not required workers to use respirators around the phosgene storage area.

The second…occurred later in 2010 when hot sparks produced by welding ignited flammable vapors inside a chemical storage tank that had not been effectively isolated from a hazardous process at DuPont’s facility in Buffalo, New York [one person died].  DuPont had not used an adequate gas detection system to monitor the area for the hazardous vinyl fluoride gas, which exploded.

The CSB has issued these videos on the earlier accidents:

David Michaels, who heads the OSHA, said in one interview in May 2015:

DuPont markets itself as one of the world’s experts in safety. They sell their services to other employers, telling employers, we can work with you to make your workplaces safe.  Based on what we saw in our inspection, if I were an employer, I would think twice before hiring DuPont to give me advice on safety.

…these four preventable workplace deaths and the very serious hazards we uncovered at this facility are evidence of a failed safety program.

In an interview last week he added:

We have concerns about the safety culture.  We expect chemical facilities where highly toxic materials are used to have a culture that focuses on ensuring worker protection. It appears to have broken down.

Du Pont market concepts such as “felt leadership” which would appear to be lacking at their own plants (felt as in “hands on rather” than the material glove puppets are made of we assume…).

UPDATE 22 July 2015: The CSB followed a published agenda and discussed a presentation and a series of recommendations.

UPDATE 25 August 2015: A whistle-blower case has been launched by a former Dupont employee who alleges being  fired for raising safety concerns.

UPDATE 2 September 2015: The CSB have announced they will meet in Houston on 30 September 2015 to discuss recommendations in the La Porte fatal accident.

UPDATE 9 September 2015: Press reports suggest that DuPont’s internal investigation report has focused on frontline worker actions not the systemic and process safety issues.  This suggests a possible attempt to divert attention from corporate failings by applying the discredited ‘bad apple’ theory.  See also this review of the book The Field Guide to Understanding Human Error by Dekker presented to the RAeS: The Field Guide to Understanding Human Error – A Review and our article: James Reason’s 12 Principles of Error Management

UPDATE 30 September 2015: The CSB issue an animation of the accident:

The CSB board also voted at a public meeting in Houston to accept a series of interim recommendations.

UPDATE 25 June 2019: The CSB have published their final report:

Lead Investigator Tamara Qureshi said, “The CSB’s investigation determined that the cause of the toxic chemical release was a flawed engineering design and the lack of adequate safeguards. Contributing to the severity of the incident were numerous safety management shortcomings including deficiencies in formal process safety culture assessments, auditing and corrective actions, and troubleshooting operations.”

Although this facility has since been closed, the incident offers important lessons for the chemical industry, relating to the following areas:

– DuPont La Porte’s Employee Incentive Program: The DuPont La Porte bonus structure may have disincentivized workers from reporting injuries, incidents, and “near misses.” Ensuring that employees can report injuries or incidents in accordance with regulations, without fear of discrimination, retaliation, or other adverse consequence is central to protecting worker safety and health, and aiding accident prevention.

UPDATE 20 July 2015: We also look at the case of US railroad company Metro-North who used DuPont to build the “core” safety program of their Safety Management System (SMS) and a highly critical National Transportation Safety Board (NTSB) report after five accidents resulting in 6 fatalities, 126 injuries and more than $28 million in damages.

Aerossurance has proven safety culture, SMS and accident analysis expertise.  For practical advice you can trust, contact us at: enquiries@aerossurance.com