Amongst the news from the HAI Heli-Expo in Orlando on the new super-medium category of helicopters:

The Bell Helicopter stand featured a mock-up of the 525 Relentless. 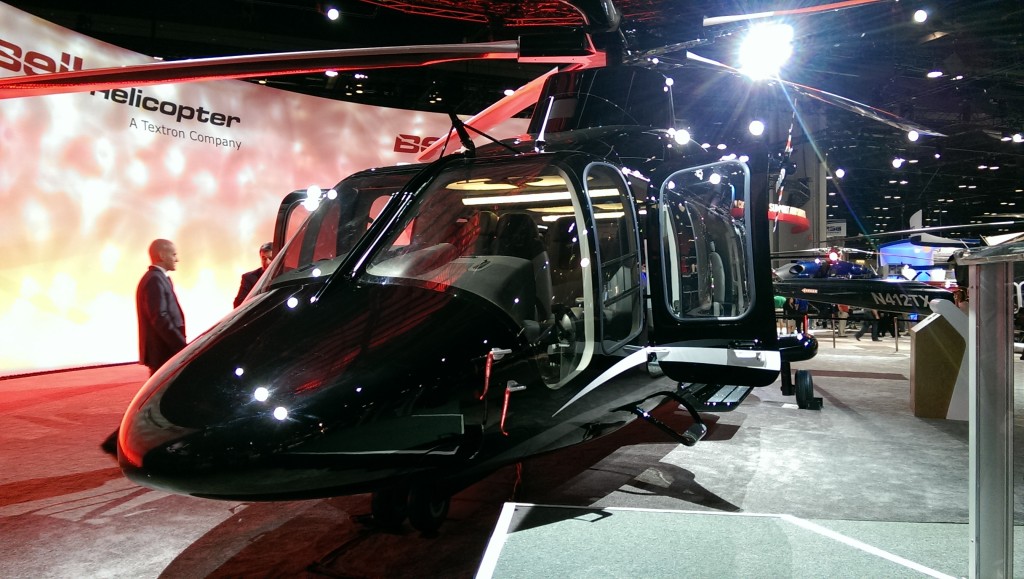 We are pleased to sign this agreement with Bell Helicopter, which will provide us with cutting-edge and versatile aircraft that we believe offer an attractive value proposition for operators worldwide.

I think this year especially with oil prices coming off as much as they have, it will be tougher for some oil companies to make commitments. On the other hand it may accelerate the drive to phase out some of the older-technology aircraft that are potentially candidates to be replaced with aircraft like the Bell 525, the AgustaWestland AW189, the Airbus Helicopters EC175. 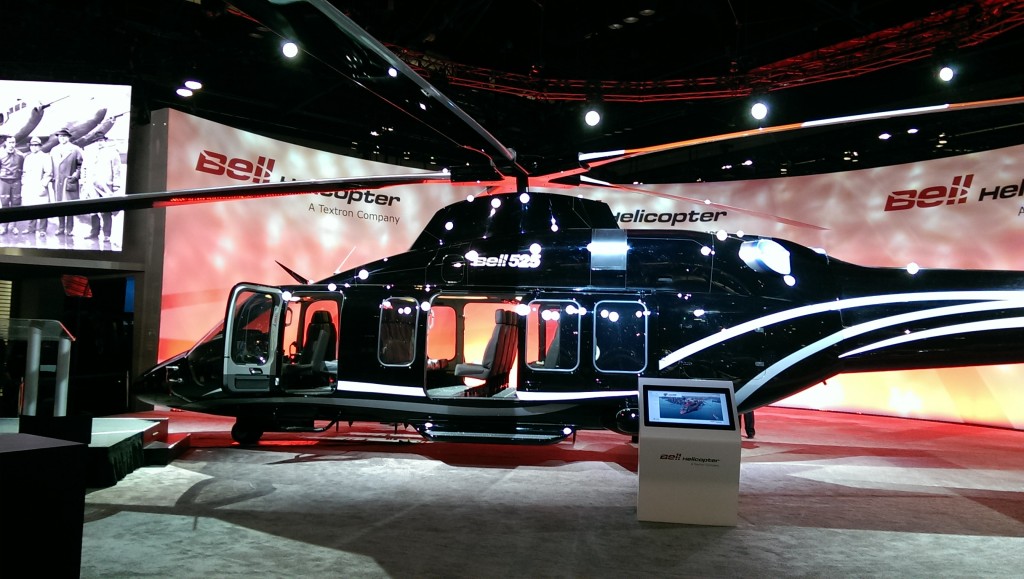 Aerossurance has previously discussed the Fly-By-Wire (FBW) system being developed for 525.

The first flight of the 525 has previously been reported to have slipped from Q4 2014 until at least ‘Q1 2015’.  It is not clear from Heli-Expo if a further slippage is likely or if the first flight is just days away.  It will be interesting to see if the Airbus Helicopters‘ new medium the H160 (formerly the X4) flies first, as both aircraft types first prototypes had their first electrical ‘power on’ close together. 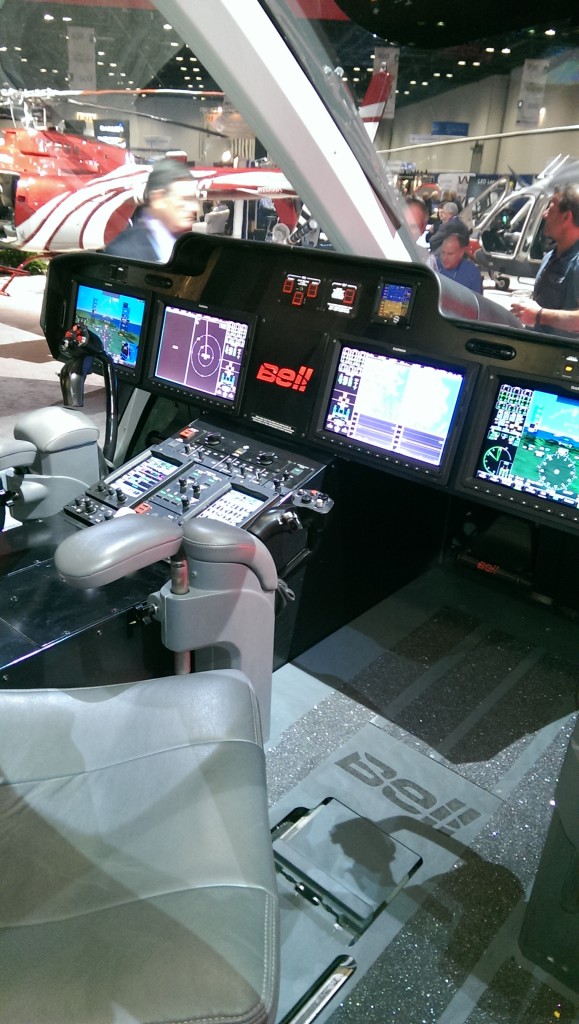 The Airbus Helicopters H175, formerly marketed as the EC175, was represented by an aircraft in the colours of launch customer, NHV. 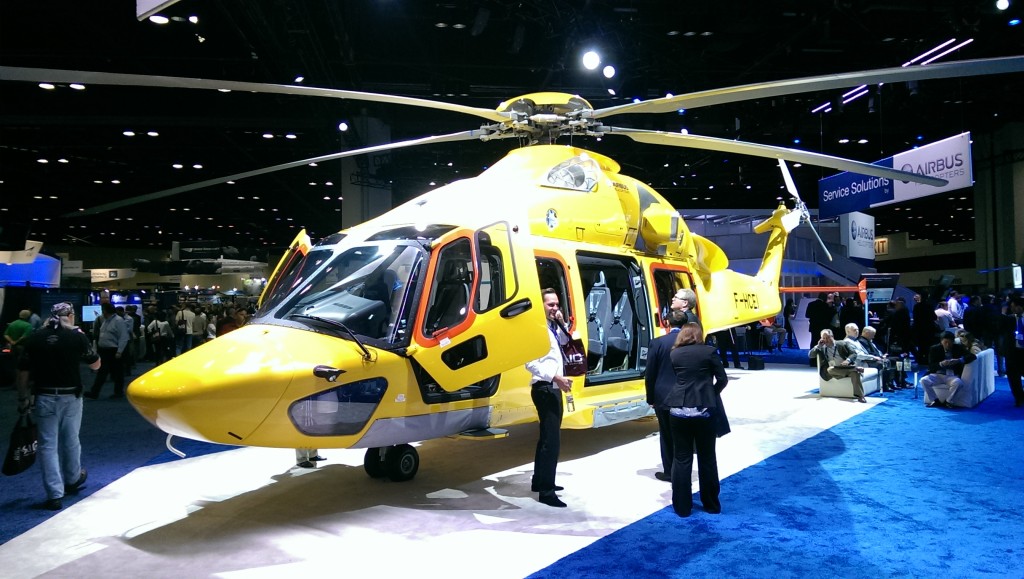 The main show news for the H175 was that Bristow Group raised its total firm orders for H175 to 17 and critically also signed a comprehensive support services agreement.  Deliveries of the will begin in October 2016 for oil and gas operations. Jonathan Baliff, President and CEO of Bristow Group said:

I issued a challenge to the industry at Helitech a few months ago.  As Bristow purchases helicopters in larger volumes, we look to partner with aircraft manufacturers who will step up to more comprehensive airline-style purchase and support agreements. We commend Airbus Helicopters for being the first partner to proactively share risk and responsibilities and commit to work closely with Bristow throughout the entire lifecycle of aircraft ownership.

Aerossurance previously discussed Bailiff’s Helitech comments in October which show Bristow are increasingly going to use its buying power to leverage through life support advatages.  They also indicate that the efforts Airbus Helicopters put in after the EC225 (now H225) shaft failures (discussed by Aerossurance last June when the accident report was published) have been appreciated.  They are particularly intriguing as while the Bristow has vowed to reduce the total number of types in their fleet, they are investing in both the H175 and AW189 (which they are the lead customer for both the transport and SAR variants) super-mediums.

This order is presumably also sending a signal to other manufacturers in the run up to future purchases.

NHV report positive early performance with the H175, after they received their first two aircraft in December and deployed them to Den Helder in the Netherlands.  After delivery, according to Pieter Broos, NHV base manager in Den Helder:

…we performed at least two commercial flights and a couple of training flights each day.  Flight hours rose, the number of flights increased, and we built both the operational and technical experience of the team. It soon became clear that the EC175 is living up to its reputation.

The comfort levels are unprecedented and passengers are very pleased with their new air-taxi. In addition to low levels of noise and vibrations, the EC175 has large windows, comfortable seating, personal lighting and air-conditioning. Due to the high level of reliability, we’ve been able to adhere to tight flight schedules without delays. This results in a less hectic work environment, and the ability to carry out more flights per day than before.

The level of support offered by Airbus Helicopters during the preparatory work for entry-into-service and the first months of operation was unrivalled,” says Broos. “It soon became a real partnership between us and we’ve grown closer and closer to each other each day. 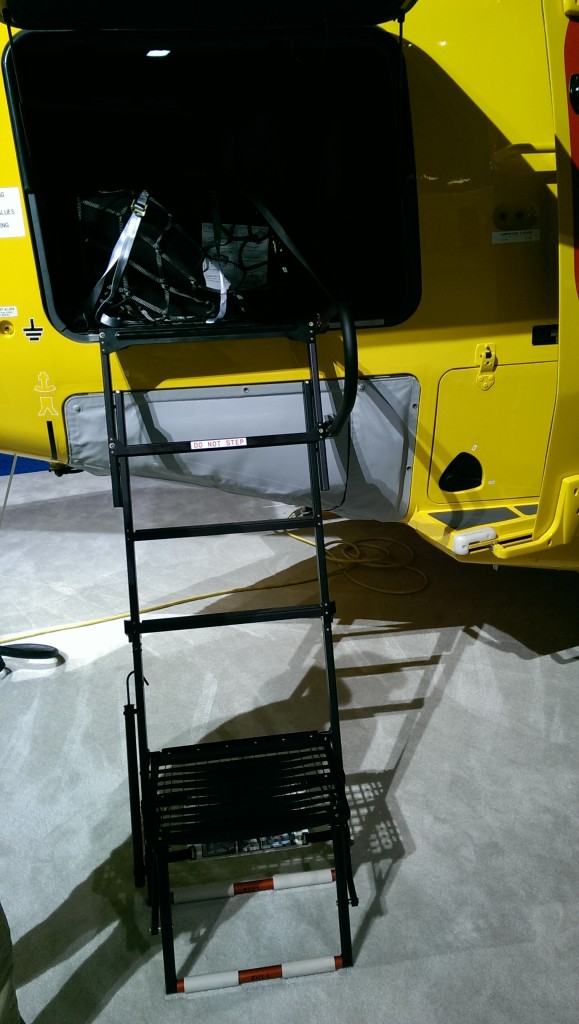 H175 baggage bay ladder. This telescopic unit also doubles up for access to the upper deck.

AgustaWestland had an AW189 mock-up in the colours of Portuguese owned Brazilian operator Omni. Following EASA certification in early 2014 aircraft have already been delivered to customers in Europe, Asia and the Middle East including Bristow, Malaysian operator Weststar Aviation Services, leasing company LCI (who have leased an aircraft back to AW for training), Qatar based Gulf Helicopters and Danish operator Bel Air. 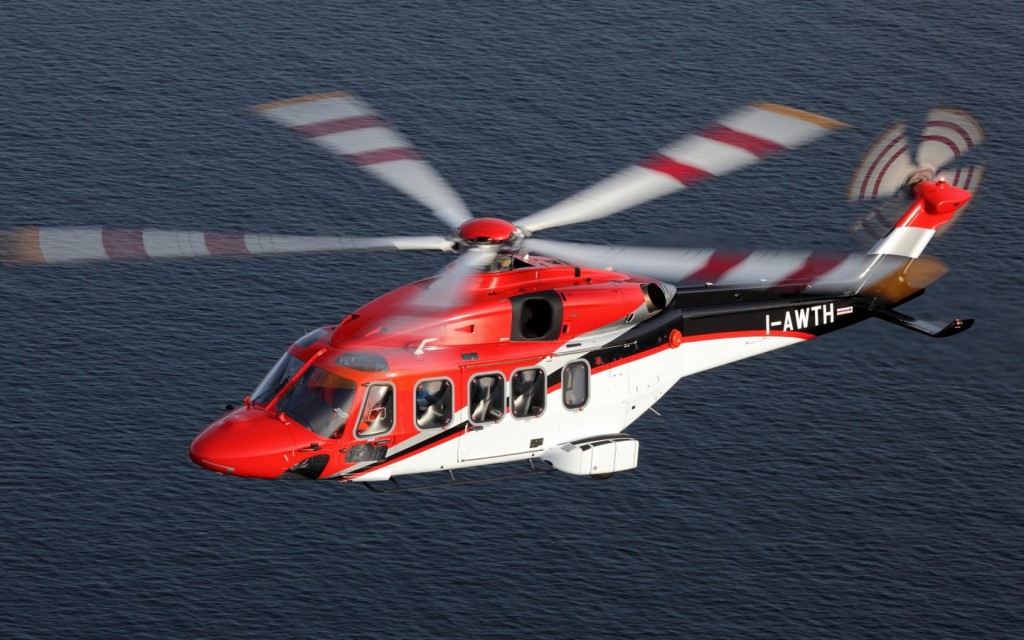 AW189 in the colours of ERA (Credit: AgustaWestland)

AgustaWestland have announced that the US Federal Aviation Administration (FAA) have validated the European Aviation Safety Agency (EASA) certification of the AW189, paving the way for deliveries into the US.

AW also announced it had signed a contract with AAR Airlift Group who have been contracted to provide two AW189s to perform SAR duties in the Falkland Islands for the UK Ministry of Defence (MOD) through the SPMAP (Special Projects Multiple Aircraft Platform) Project Team.  The aircraft are to be operated by British International.

Despite some local press reports of “non-structural cracking” being detected on the lead aircraft, SAR training is continuing:

Flight International have reported that the cracking was in “internal cabin panels” and that the first UK built AW189 is due to be delivered imminently.

Aerossurance has extensive helicopter safety, design, acquisition, operations and airworthiness experience.  For aviation advice you can trust, contact us at: enquiries@aerossurance.com