On 8 May 2014 Airbus Helicopters AS365N Dauphin helicopter TU-HAA was lost en route from Takoradi, Ghana to the Transocean GSF Jack Ryan drill ship.  Sadly only 4 of the 8 occupants were rescued. 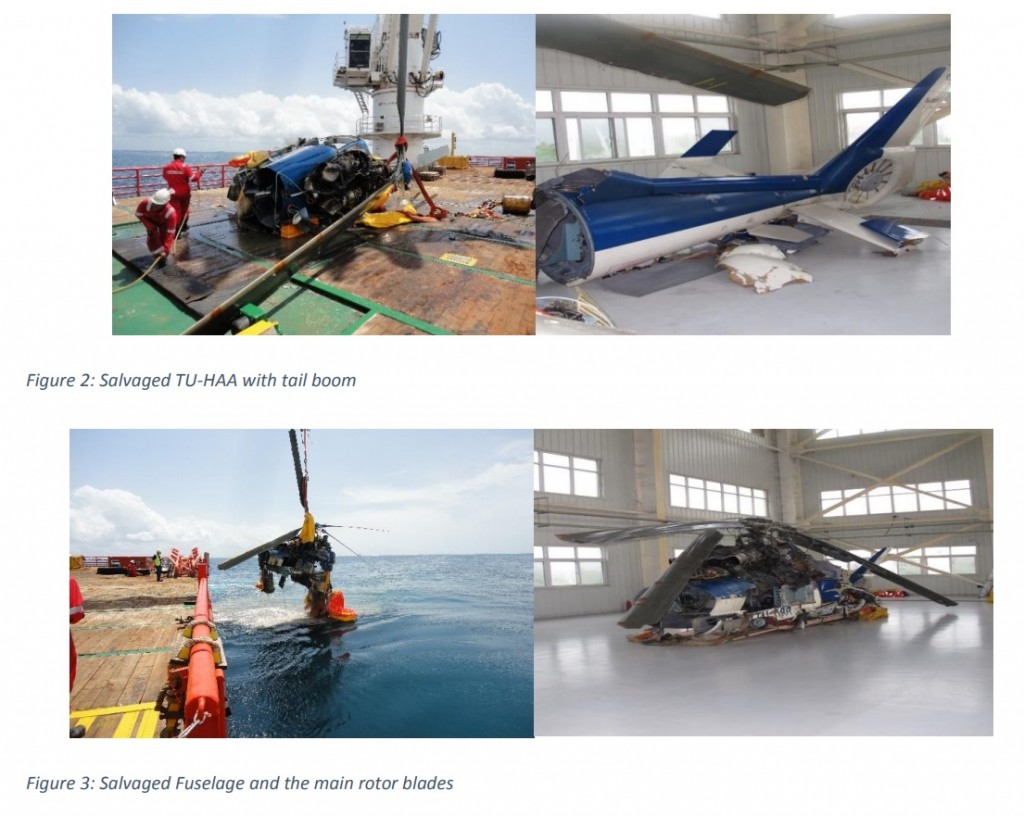 While it will take some time for full details of this accident to emerge, it is a reminder to companies that contract for helicopter services of the critical importance of maintaining an effective emergency response capability.

Takaoradi is a popular base for offshore helicopters in the burgeoning Ghanaian offshore market.  Ghana is not the only emerging target for offshore exploration, with considerable effort being expending by oil companies (large and small) up and down the coast of West Africa and East Africa.

Among the questions to ask are:

While aircraft carry Emergency Locator Transmitters (ELTs), in sudden accidents they have historically proven unreliable. An Aerossurance study of helicopter accidents in the Gulf of Mexico showed that most fixed ELTs failed to activate automatically.  Controlled ditchings turned out to be too ‘soft’ to activate the ‘g’ (or ‘crash’) switch.  Often the ELT transmitter is mounted forwards but the antenna in on the tail boom, and so the cabling does not survive a ‘more dynamic’ accident. In one fixed wing accident in Alaska the National Transportation Safety Board found that the fixed ELT transmitter box had only been secured by a Velcro strap and had broken free, severing the connection to the antenna.  As ELT’s do not work when they are submerged, when operating offshore, if the emergency floatation system does not deploy then even a perfectly functioning ELT will be lost below the waves before a satellite fix can be obtained.  While Automatically Deployable ELTs (ADELTs) have been common in Europe and on large offshore helicopters, their performance has been patchy as described by CAA here.  The European Aviation Safety Agency (EASA) have a Rule Making Team (RMT.0274) that is going to look at ‘ELT installation, location and activation’ generally.

A more reliable method of tracking is to use a satellite tracking system.  Although there is much debate after the MH370 accident of making satellite tracking mandatory for airliners, extremely cost effective technology is available today and widely used in the oil & gas and resource sectors on helicopters and fixed wing aircraft.  Using sat tracking means that no matter what happens to the aircraft when an accident occurs, the track up to that point is captured back at a monitoring centre, greatly aiding the search and rescue effort.

Simply fitting the kit is only part of the story, however.  One choice is the frequency of position updates.  Most sat tracking providers may a minuscule charge for each position transmissions.  While all reputable air operators recognise the benefit of regular position reports it has been know for some operators to pay for the minimum.  As a customer for air services, not only is it wise to specify sat tracking but also agree a transmission frequency.  Another factor is who is going to monitor the progress of a flight and what do they do if an anomaly occurs?  Accidents have occurred where the system was unmonitored and no automated alarms were set up.  One example is a helicopter accident in Canada in 2011 during a geological survey.  In similar case that Aerossurance investigated, while a dedicated flight following centre was monitoring a flight, when it crashed alongside is destination, an emergency response was delayed on the assumption the aircraft had landed as intended.

Search and Rescue assets around the world vary from dedicated, regularly exercised  All Weather SAR (AWSAR) helicopters with paramedic trained winchmen, four axis autopilot, dual hoists, FLIR, direction finding equipment etc on short notice stand-by to…well…nothing.  Relying on a local military that flies a few hundred hours a year, has a winch (in their stores), but has not trained with it for a year etc is favouring hope over reality.   Increasingly it is recognised that in remote locations a mutual SAR capacity is necessary to support exploration contracts.  Depending on the local circumstances this can range from having a winch equipped Limited SAR (LIMSAR) helicopter on stand-by during crew change flights, to having a full AWSAR capability that would be the envy of many nation states.  Such a capability is available to mitigate other risks in an offshore safety case too.  It is important to remember that irrespective of the helicopter SAR capability, all offshore exploration and production is supported by offshore supply vessels and other marine assets.  It is vital to have a proven method to coordinate these in the event of a ditching to ensure a prompt rescue.  In the case of the accident off Takoradi, other oil and gas companies in the area cooperated in the maritime search.  Preparation and training remains key (if an accident occurs in poor visibility and SAR helicopters are hovering low, there is a risk of poor coordination leading to a ship/helicopter collision!).

Finally: ERPs.  The most common audit findings on ERPs are:

An ERP that has never been tested is as good as useless as no ERP ever survives its first exercise unchanged.  Testing should start with a desktop walk through (an ideal was to get you ERP team familiar with the plan and take some ownership for improving it).  Then move to a partial exercise in ‘near real time’ with some role play and reaction to emerging information.  Finally, a full exercise, with assets being deployed and liaison with 3rd parties.

For more details of the accident in Ghana see: http://aviation-safety.net/wikibase/wiki.php?id=166071

It is reported that the committee identified:

…that a leakage from a pipe at the rear side of the helicopter had drained oil onto the hot engine.

The fire which preceded the crash, Captain Opoku said, had caused substantial damage to the aircraft and, therefore, prevented the pilots from taking certain actions to save the situation.

The nose and main rotor blades were first to strike the water surface in a water impact, rather than a controlled ditching, that “resulted in the tail boom breaking away with extensive damage to the fuselage.  It was also reported that:

The Minister of Transport Dzifa Attivor told journalists that the details of the report will be forwarded to the appropriate agencies and will later be made public.

UPDATE 29 September 2016: Norwegian oil company Statoil release the English language version of their internal investigation into safety matters associated with an accident to a contracted offshore helicopter in Norway in April 2016 (see: EC225 LN-OJF Accident Investigation Timeline).  They emphasise they do not aim to determine the cause of the LN-OJF accident (as that is the role of the independent Accident Investigation Board Norway [AIBN]), but to determine:

UPDATE 25 July 2017: A bachelor’s thesis at the engineering college at the University College in West Norway mentions several points where the writers claim that the interaction between the agencies failed during emergency response to the fatal accident to offshore helicopter LN-OJF on 29 April 2016.

Aerossurance is an aviation consultancy, based in Aberdeen, with extensive experience in offshore and SAR helicopter operations.  To discuss offshore helicopter safety and how you can improve your emergency response and SAR capability, contact: enquiries@aerossurance.com