The Singapore Transport Safety Investigation Bureau (TSIB) have reported on a tyre explosion on China Airlines Boeing 747-400F freighter B-18719 on 18 October 2018 during a turnaround at Singapore Changi. 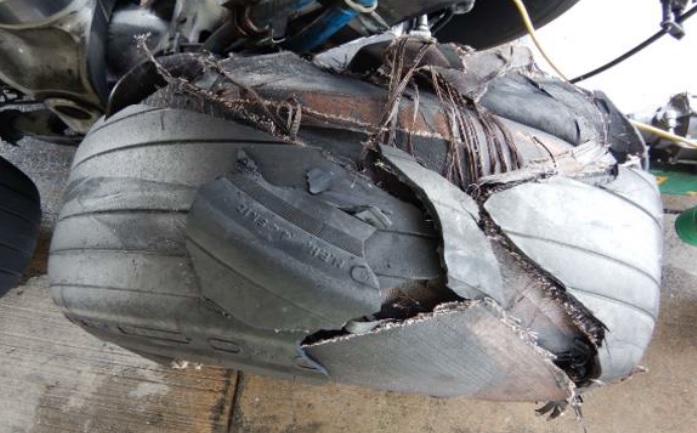 The aircraft had landed at 0443LT and was scheduled to depart two hours later. During a walk-around inspection, the tyre pressure of the No.11 tyre was found to be low. 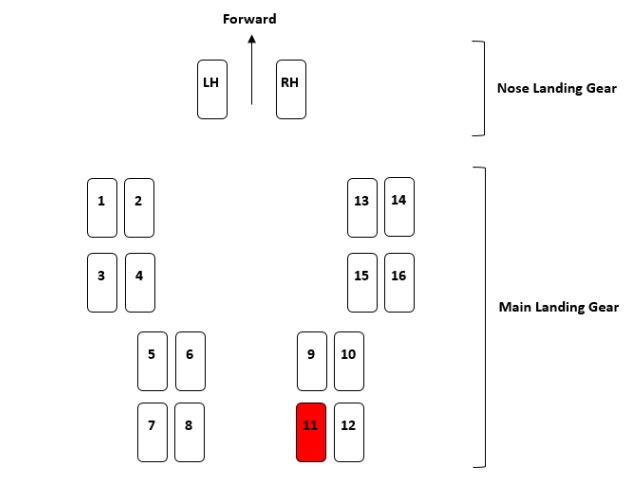 While the tyre was being inflated with nitrogen, the tyre burst.  A tyre pressure gauge that a Technician had placed on the top of the tyre was propelled into the wing body fairing. The technician “felt a blast of cold air to the right side of his face” but was uninjured.

The Aircraft Maintenance Manual (AMM) contains procedures for both Hot and Cold Tyre Pressure Checks.  The cold check is Boeing’s preferred method and the hot check is intended for occasional use only.  A cold check can be performed if the tyre has cooled for 2 hours or more.  However the cooling time can vary depending on the weather conditions, ambient temperature etc.  Boeing considers it acceptable to determine if the tyre has cooled to ambient temperature by touch. TSIB note that this “has an element of subjectivity”.  The Licensed Aircraft Engineer (LAE) checked the tyre and believed it had cooled, noting it was raining heavily at the time.

After assessing by touch that the tyre was not hot, he tasked Technician A to measure the tyre pressure while he himself went to the cockpit and noted that the brake temperature was indicated as “0” on a scale of 0 to 9 on the wheel synoptic page of the aircraft’s Engine Indicating and Crew Alerting System (EICAS).

However, this was not conclusive as:

“0” and “9” represented the Cold and Hot ends respectively. “0” corresponded to a brake temperature lying within the range from ambient temperature to 176ºC. 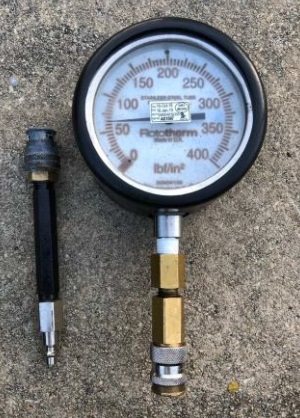 The air operator had set a tyre service pressure of 200 (+5/-0) psi irrespective of the aircraft’s gross weight (which was within the range allowed by the AMM), so there had been a drop of 15% in pressure and so the tyre should have been replaced.  It appears the LAE however erroneously calculated the drop from the minimum inflation pressure (185 psi) i.e 8.1%.  That percentage allowed the tyre to be re-inflated subject to a tyre pressure checked again 24 hours.

The LAE then instructed Technician A, who would be assisted by Technician B, to service No.11 tyre to 200 psi. 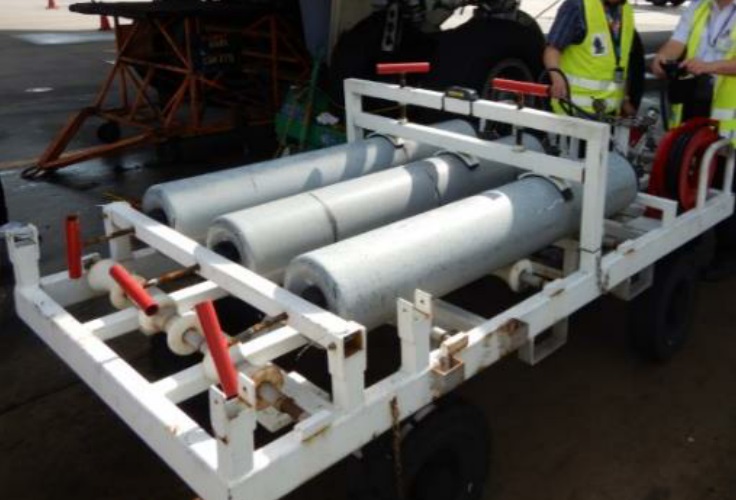 During the inflation the tyre burst as described above.

The examination of the burst tyre by the tyre manufacturer [Bridgestone] suggested that there was a pre-existing ply cord deterioration condition on the tyre and that this condition was consistent with the tyre having been operated under significantly low pressure prior to the incident. 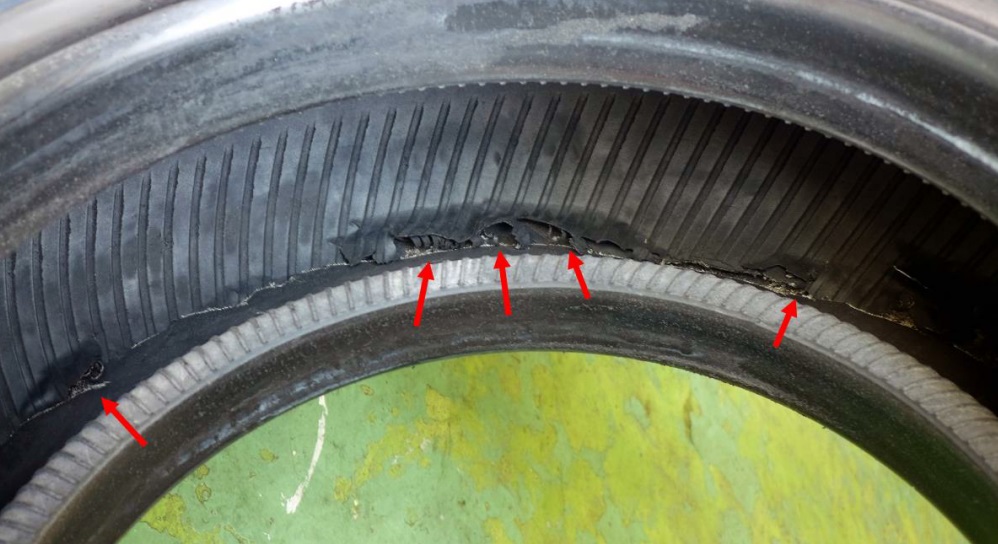 A Continuous Crack Line Along the Interior Shoulders of the Tyre (Credit: TSIB)

Indeed, had the tyre been appropriately serviced, it seemed very unlikely that the tyre pressure could have dropped to 170 psi. The ply cord deterioration was likely accompanied by a slow deflation of the tyre which was somehow not noticed during daily checks of tyre pressure or transit walk-around inspections. The integrity of the tyre was compromised progressively by the ply cord deterioration and it was during this incident that the tyre wall could no longer withstand the internal inflation pressure and thus give way to a tyre burst.

The TSIB also note that:

The maintenance service provider issued a Quality and Safety Briefing Sheet that was disseminated during toolbox briefing. The briefing reminded all maintenance staff to use the measured pressure to compare with the operating pressure set by the operator when they are calculating percentage loss of the tyre pressure.

Other Aerossurance articles that have discussed injuries and incidents during maintenance include: