Two recent accident reports have highlighted a potential higher risk of Controlled Flight Into Terrain (CFIT) at the extreme latitudes of the Arctic & Antarctic regions.  That increased risk is not to do with the geography but with database limitations of some Terrain Awareness and Warning Systems (TAWS).

In the case of the Norwegian military C-130J that crashed in Sweden with the loss of 5 lives, the aircraft had two terrain databases.  A commercial Honeywell database is used in ‘normal’ mode.  However, ‘tactical’ mode can be selected for low flying.  The tactical database uses higher resolution terrain data from the US National Geospatial Intelligence Agency.  It however does not include data north of 60˚ N or south of 56˚ S.  The Swedish Accident Investigation Authority (SHK) reported that at previous training:

…information was given about the fact that they thus did not have coverage north of 60 degrees North, something which evoked a response as they normally flew in this area. 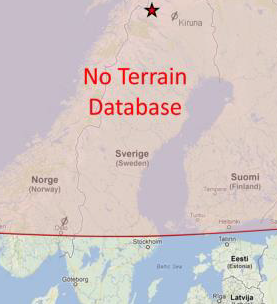 This inconvenient limitation may also help to explain why:

…the tactical databases in the Norwegian Air Force’s C-130Js have not been updated since the aircraft were delivered.

For reasons that aren’t clear, the tactical mode was selected during the accident flight, a relatively high level transit to Sweden for an exercise.  Consequently a “TAWS Void” caution was displayed, but these appears to have been mistaken as indicating the fact the aircraft was at the time considerably above the local terrain, rather than being outside database coverage.  Unfortunately the route took the aircraft over the highest mountain in Sweden, which they struck just below the summit. 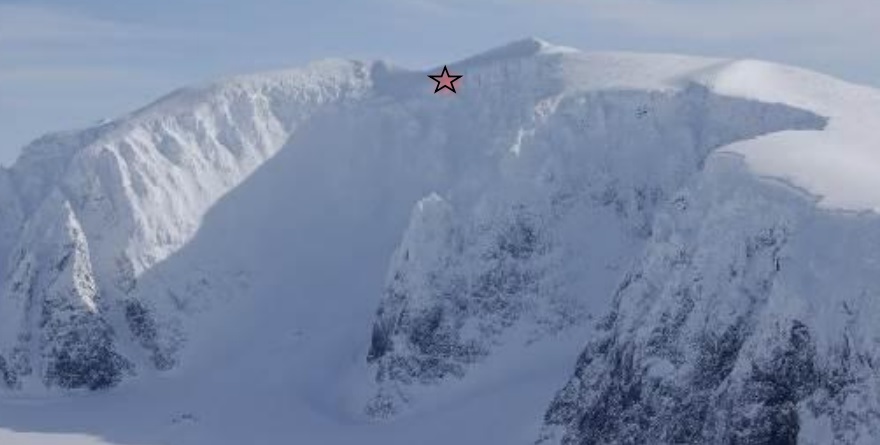 SHK cannot however eliminate the possibility that the pilots’ reliance on the automation of the J model’s “glass cockpit” in any way instilled the pilots an unconscious faith in the system’s capability to consistently provide the pilots with visual or audible feedback when e.g., flying above mountainous terrain, irrespective of their knowledge of the system.

Similar issues of over-reliance on, over-confidence in, or misunderstanding of automated systems were discussed at a recent RAeS conference on automation in offshore helicopters.

Overall, SHK finds that inadequate procedures adopted by the operator and lack of clarity in the system documentation and training have entailed potential short-comings in the crew’s knowledge of the system for ground collision avoidance. This coupled with the inadequacies in the system design may explain the crew’s use of TAWS Tactical despite the limitations north of 60° N.

In the case of an accident to a Canadian civil aircraft and loss of 3 lives while supporting scientific missions in Antarctica, the aircraft was equipped with a  Sandel ST3400 TAWS and two Garmin GNS 430W navigation receivers.  The Transport Safety Board (TSB) of Canada notes:

The Sandel ST3400 TAWS unit [fitted] was certified to meet the new regulations’ Class B requirements, which include a forward-looking terrain avoidance (FLTA) mode.

The database available for the ST3400 unit did not cover the area beyond 70°S latitude which meant that the TAWS system would not function there: the unit would not have generated warnings or advisories for the accident location…

It would have displayed “Terrain Fail” caution as it was operating the database coverage.  This would have been normal therefore throughout the deployment in the Antarctic.

The Garmin GNS 430W has a database with global coverage and while not certified to CAN-TSO C151b standards, is capable of displaying pop-up visual warnings of terrain proximity.  Unfortunately it does not have an aural alert feature to attract crew attention.

After this accident the operator has introduced TAWS limitation training for operations at extreme latitudes. 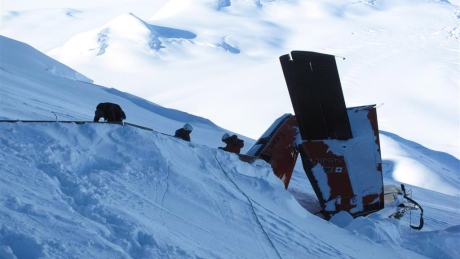 In both cases limitations in terrain databases and associated aircraft therefore reduce the capability for the crews to detect rising ground promptly.

Note: As is normal each accident features a range of causal and contributory factors.  TAWS databases are just one aspect.  Both reports are worth careful study.

Each accident also highlights the challenges of accident investigation in hostile environments.

UPDATE 13 April 2017: The Irish Air Accident Investigation Unit (AAIU) has issued its preliminary report into the loss of Sikorsky S-92A EI-ICR operated by CHC, for the Irish Coast Guard as Rescue 116 at Black Rock off the coast of County Mayo on 14 March 2017.  The SAR helicopter impacted the 300ft high Black Rock island  close to a lighthouse, on a night approach to a refuelling site on the mainland.  The helicopter was fitted with a Honeywell MK XXII Enhanced Ground Proximity Warning System (EGPWS) with modified software for SAR profiles.  However, the AAIU reveal that:

Aerossurance is pleased to have sponsored the Chartered Institute of Ergonomics & Human Factors‘ Human Factors in Aviation Safety conference at East Midlands Airport in November 2015 and both sponsor and present at the November 2016 event.

Aerossurance is also pleased to sponsor the 2017 European Society of Air Safety Investigators (ESASI) 8th Regional Seminar in Ljubljana, Slovenia on 19 and 20 April 2017.  Registration is just €100 per delegate. To register for the seminar please follow this link.  ESASI is the European chapter of the International Society of Air Safety Investigators (ISASI).

Aerossurance is highly experienced in civil and military air safety, operations and regulation.  For practical aviation advice you can trust contact: enquiries@aerossurance.com