Beechcraft  King Air 200  VT-BSA of the Indian Border Security Force (BSF) Air Wing crashed on 22 December 2015 after a Loss of Control – Inflight (LOC-I) shortly after take off on a flight from New Delhi to Ranchi.  There were ten persons on board, all of whom were fatally injured. 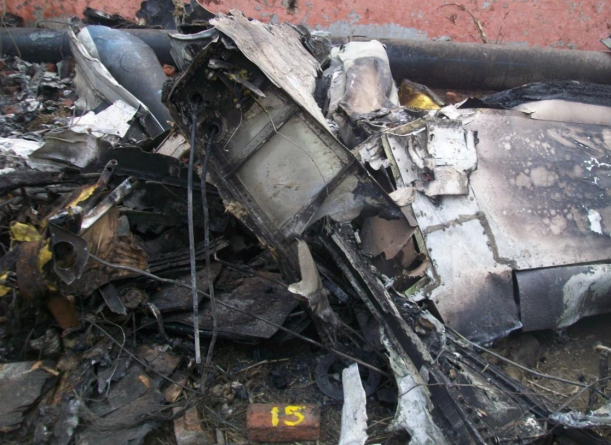 In their report the DGCA India say:

Shortly after take-off and attaining a height of approximately 400 feet AGL, the aircraft progressively turned left with simultaneous loss of height. It had taken a turn of approximately 180º and impacted some trees before hitting the outside perimeter road of the airport in a left bank attitude. 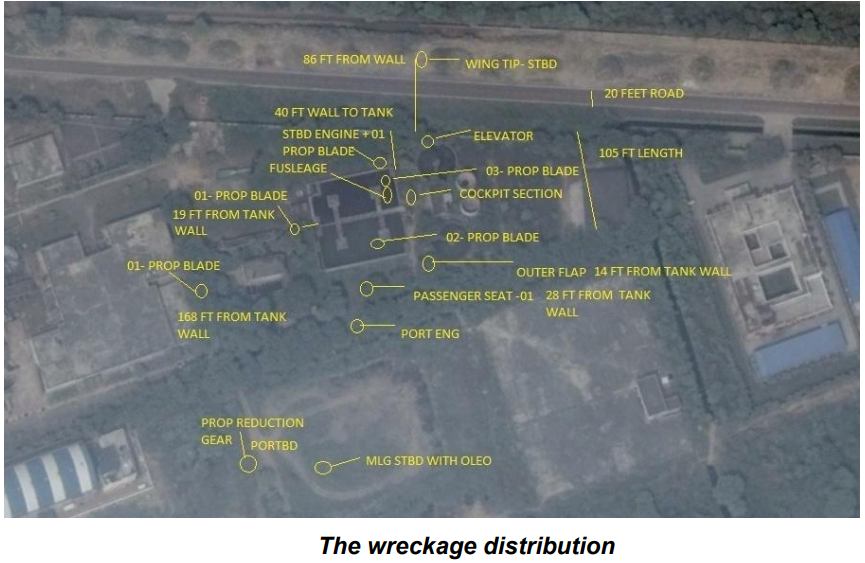 There was post impact fire and the portion of the aircraft outside the water tank was destroyed by fire. 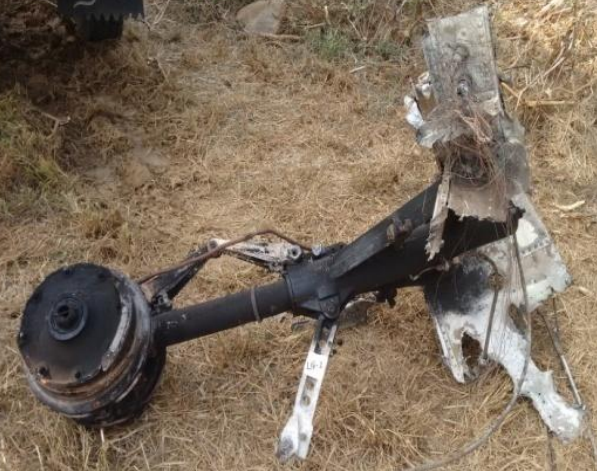 The weather at the time of accident at Delhi was foggy with visibility reported as 800 meters and winds of 3 knots. The previous METAR which was available with the flight crew mentioned visibility of 600 meters. The visibility was marginal and it is inferred that the marginal visibility was a contributory factor to the accident.

The safety investigators explain that:

…however conversation recorded on the CVR indicates that…

…the Autopilot was engaged just after the aircraft had lifted off (even the landing gear had not been retracted).

The bank angle increased progressively and beyond 45º , a situation the flight crew could not decipher because of their disorientation.

The safety investigators make the point that:

The safety investigators then note that:

Unlike in some other nations, this requires a Safety Management System (SMS) for such operations.  However they determined that the Safety Department and SMS “was practically non-existent” (similar to a prior 2015 Indian offshore helicopter accident):

From the discussions with the Officers who were designated as the Chief of Flight Safety in the present and past, it was noted that as and when any regulatory requirement arose, an Officer was nominated for the purpose. At times Officers have conveyed their unwillingness to the Accountable Manager & Alternate Accountable Manager on the work load grounds and not being trained on Flight Safety.

In this case the current Chief of Flight Safety was under-qualified for the position and had only been accepted on 6 months probation.

A Flight Safety Manual and the SMS Manuals had been prepared, and the Safety Policy had been signed by the Accountable Manager. However these where what we like to term ‘shelfware‘:

It appears, however that these documents were prepared for fulfilling the regulatory requirements [for manuals / policies] only.

The safety investigators further point to a series of occurrences that had not been formally recorded during the previous 6 months.

In this case the safety investigators say:

The Organisation seems to suffer from Complacency…

Most of the on Type experience of these two flight crew was gained while flying amongst themselves.

There [was] no laid down procedure in the Organisation regarding ‘Flying under Supervision‘.

Though the numbers of flying hours flown by these flight crew members was increasing the investigators query if thus “added to qualitative improvement in their flying skills” as:

…there was no opportunity available to this flight crew to identify their deficiencies in flying techniques, operational procedures, correct interpretation of the effects of weather, airmanship, etc.  All this while, the highly experienced Examiner was meagrely rostered for the flights.

The safety investigation also determined the aircraft was overloaded.  The flight was carry personnel and equipment to conduct a check on a BSF Mil Mi-172 helicopter.  The CVR recorded conversations that suggested  big equipment, such as aircraft jacks, were stowed below the seats and in the aisle. Among the cargo was a Mi-172 battery: 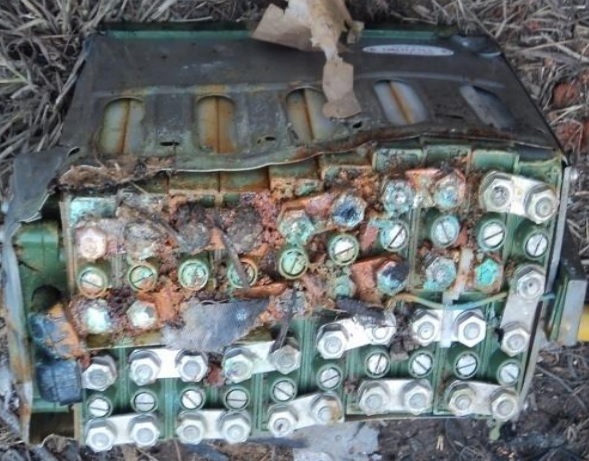 The DGAC highlight a further habitual weakness in weight and balance calculations:

The weight and load data sheets for B200 aircraft since April 2015 were perused. In all data sheets, the weight of baggage in the aft cabin compartment is calculated as 20 Kgs, irrespective of the number of passengers or sector [or indeed the individual crew].

LOC-I Departure: AAIB Report on King Air 200 Accident We look at three aspects from the investigation into a fatal air accident in the UK: Recording of aircraft defects, TAWS and the carriage of non-crew members on the flight deck.