Privately owned Beechcraft King Air B200 JA01EP was climbing from FL150 to FL200 en route from Gifu to Takamatsu in Japan on 6 April 2017 when smoke and a burning smell appeared in the cockpit. The whole right windshield inner pane cracked “like a spider’s web”. 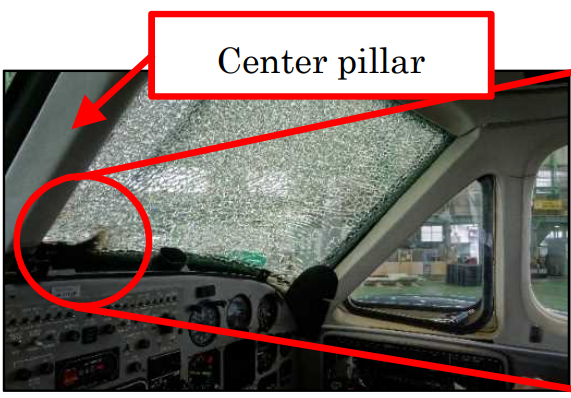 The crew declared an emergency and diverted back to Gifu, making a safe landing.

The Japan Transport Safety Board (JTSB) say in their safety investigation report that burn marks were subsequently found at and around the terminal block of the right windshield.

[The] right windshield terminal lug was loose and there was gap of 0.05mm between the screws and the terminal lugs.

Due to a previous partial delamination, the windshields had been replaced by a 3rd party maintenance organisation in January 2012. 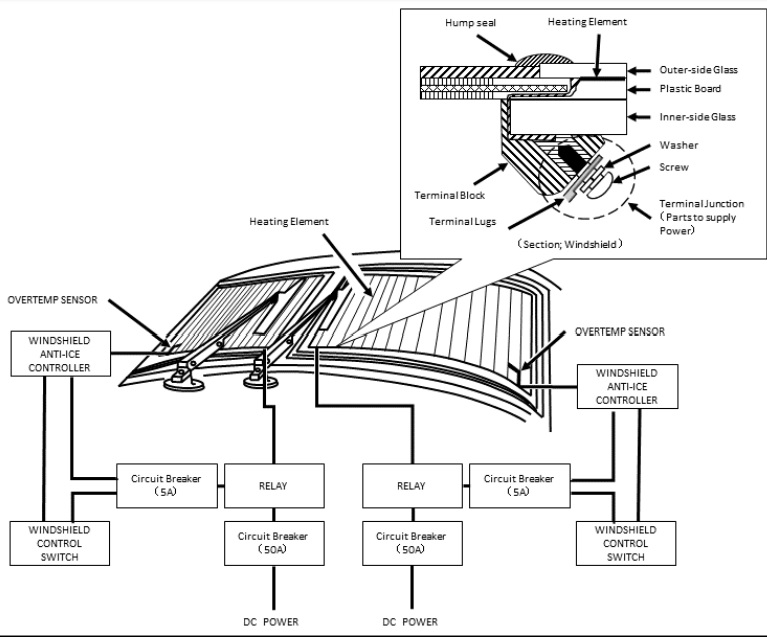 The description concerning the replacement of windshield in the maintenance manual do not include any reference to tightening torque for screws of terminal block, therefore, the screws were tightened using standard torque value (20 to 25 in-lbs). 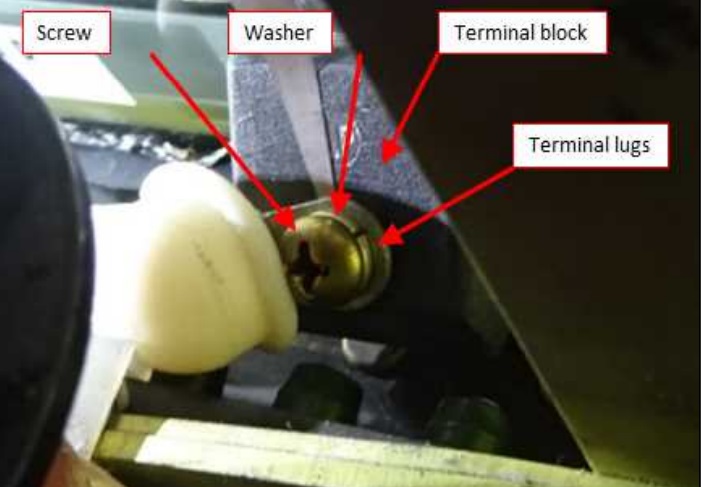 While inspections of the windshield are required every 200 flight hours for cracks and sealant deterioration, there is no requirement to check the power connection.  As no subsequent problems were reported, no further maintenance had been conducted in this area in the subsequent 5 years

The JTSB concluded that loosening of the screws likely occurred due to the vibration “because the tightening torque of the screws was not sufficient when replacing the windshield”.

UPDATE 1 October 2020: JTSB have issued their report into a serious incident that occurred on 30 October 2019 to Bombardier CL-600-2C10 (CRJ100) JA11RJ of IBEX Airlines which suffered arcing and a cracked windshield.