When you charter aircraft for business purposes, any fatal air accident can leave a terrible scar on your company as well as on the friends and family of the people who die.  In 2010 a small Australian mining company suffered a particularly catastrophic air accident, as among the fatalities were the company’s entire board of directors.  We look at that accident and some associated lessons on managing aircraft charters and corporate travel.

The six directors of Sundance Resources, three other staff and two crew were aboard the twin turboprop CASA C212 TN-AFA of Congolese operator Aero-Service on 19 June 2010.

TN-AFA went missing while flying between Yaoundé in Cameroon, to Yangadou in Congo.  The wreckage was located 2 days later in mountainous rain forest by Gabon based French troops.  There were no survivors. 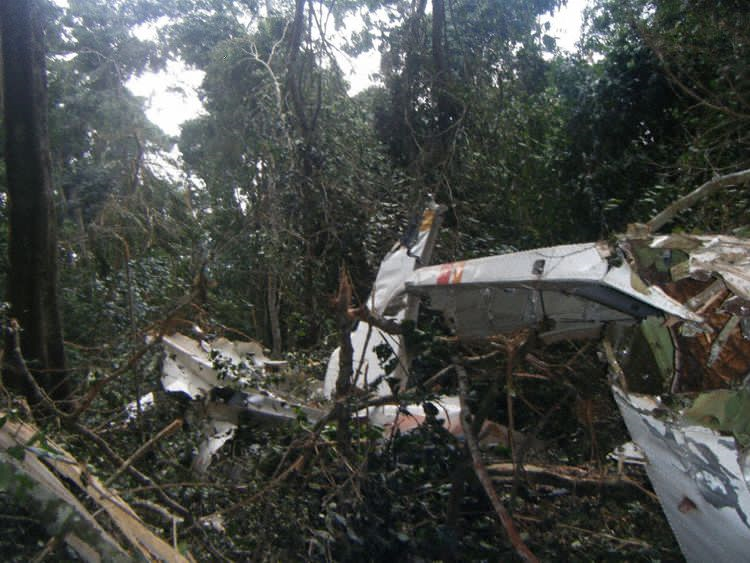 The accident in the Congo occurred just 9 weeks after the Polish Government suffered a loss of many national figures in an well-publicised air accident en route to a memorial service in Russia.

It is reported that the company did have a policy that no more that two members of the board could travel on one aircraft.  They did try to respect the intent of that policy by reportedly originally planning to use two aircraft.  However before departure they discovered that the other aircraft, the business aircraft of one of the directors and major investors, billionaire Ken Talbot, was not able to land at the short strip in Yangadou.

Sundance had to suspend trading in it shares for a period and immediately recalled a former chairman, George Jones.  Aerossurance recently reported on another case this year (Focus on Gust Locks after US GIV Accident) were a multi-million dollar takeover deal had to be restructured at the last moment after one of the business partners was killed in an  business aircraft accident.  In 2013, the former owner and new billionaire owner of a French chateau died with two other people during a post contract signature helicopter flight over the property in a Robinson R44. Just hours after being re-appointed, and minutes after it was confirmed that all were dead, Jones recalls receiving a call from a US fund manager:

At that point, just before midnight in Australia, the families of the victims had not even been informed:

“We didn’t have the luxury of waiting until the next day to do something about it,” he said.  “We had to organise counsellors, police and various representatives of the company heads to make sure the wives were informed before the media, because we knew it was coming.”

In this case it appears that the realisation that one aircraft would be unable to land at the destination came late in the day.  A last minute change of plan dramatically increased the risk.  Proper advanced planning, and the involvement of the right aviation expertise early may have made a critical difference.

Many commentators have previously highlighted that this accident highlights the importance of travel policies.  According to a survey of 101 firms conducted by the Association of Corporate Travel Executives (ACTE) in 2009, 16% had no policy restricting the number of executives that can travel together by air.  Such policies don’t just need to consider the board of directors.  Its vital to consider senior managers and critical specialists where there skills and knowledge can’t be readily replaced.

Compliance with any policy or procedure tends to be higher when they are comprehensible, practical and, in particular, reasonable.  If a policy is not reasonable it can become too easy to formally issue waivers or informally ignore its requirements routinely. One way to write reasonable policies is to take full consideration of actual risk.  As Aerossurance has observed in previous articles (e.g. Living Near Zero), the risk on scheduled airlines in most developed countries is exceptional low.  Draconian restrictions on flying personnel on the same scheduled flight in developed countries with good safety records are difficult to justify.  This is particularly if the route is between a company’s major business centres (for example Bank of America had 20 employees on the US Airways A320 that ditched in the Hudson River in 2009 whilst en route from New York to Charlotte NC, home of the bank’s HQ). Ill thought out restrictions can divert attention from higher risk circumstances, for example when travelling domestically in more challenging locations or when chartering smaller aircraft.

It may also be unreasonable to make decisions based purely on air safety risks as on-site security and health risks may need to be factored in to a risk assessment for the whole trip. When chartering aircraft there are a number of ways to assess the potential air operators.  There are now a number of rating and accreditation schemes such as the award winning Flight Safety Foundation (FSF) Basic Aviation Risk Standard (BARS) – an audit based accreditation scheme that extends across a range of air operators, run independently on behalf of a group major customers for air services (particularly in the mining and resource sector)

However, if you routinely contract air services, particularly for demanding locations or missions, there is considerable value in having access to your own independent competent aviation advisor (either in-house or through an external technical support contract).  This will not only help you manage risk effectively but also give you the assurance that you are intelligently contracting for, and being provided with, an efficient and reliable service. When aircraft are chartered for senior executives, sometimes the seniority of the traveller and the perceived importance of their schedule can inadvertently encourage a higher tolerance to risk.

Aerossurance recently commented on one accident (Fatal Helicopter / Crane Collision – London Jan 2013) which occurred en route to collect the client.  Another example was the loss on an AS355 helicopter in Cheshire in 1996 where the Air Accident Investigation Branch (AAIB) commented on commercial pressures in their report.  Larger air operators are generally better able to manage such pressures.  If contracting with smaller operators there is again considerable value in having access to specialist, independent aviation advice.

Even though this accident happened in a remote rainforest in Africa, there was immediate press and investor interest, highlighting the importance of robust emergency and crisis planning, a subject Aerossurance has written about previously.  In the modern age the speed of communication and ease of posting news and photos on social media means that you may well find yourself caught off guard.  In one recent accident in the US the first photograph was tweeted 30 seconds after the impact.  In the case of the QF32 A380 accident in 2010, 5% was knocked off the Qantas share price in minutes when it was mistakenly suggested that the aircraft had crashed.  This reinforces the old adage: ‘Prepare for the Unexpected and Expect to be Unprepared’.

UPDATE March 2015: A legal case against the employers of one passenger and Sundance was dismissed in March 2015.  That case is discussed in more detail here.  The full judgement can be found here.

Noteworthy is what the Judge termed a ‘very positive’ 2009 external audit, produced for another client, that concluded (emphasis added):

The standard of service provided by Aero-Service using its CASA 212 100/300 and Cessna 402/404 aircraft largely complies with the guidelines laid down in the OGP Aircraft Management Guide (considered industry best practice). Some minor exceptions are noted in the following report, but MPD Congo can be confident of a reliable and proficient service to support the camp at Lefoutou and other established routes…

However what were termed minor exceptions were in fact major signs of a weak operator and unmitigated risks:

Even without the benefit of hindsight, it is difficult to see how this list would be considered minor.  Indeed another audit company 7 months earlier had noted that “Aero-Service aircraft serviceability rate is poor. Underfunding for day to day needs is apparent and licensed engineering support is barely sufficient”.

A 2010 audit by the same audit company noted the prior findings were still open (another major warning sign) but concluded that “Aero-Service provides a good and reliable”.  The auditor went on to state:

Taking all of the factors identified in my audit of Aero-Service in the round, while the operator did not meet the AMG guidelines in some respects, it was my view, in the context of factors such as the competence and experience of the pilots in bush flying, and the condition and maintenance of the aircraft, that these were not high risk factors, and that the CASA planes operated by Aero-Service were safe and suitable for use.

Unfortunately for the families of the victims the judge dismissed their claim on the basis that the employer would have been assured based on this audit report (or similar).

This highlights the dangers of relying on aviation auditors who waive international standards and dismiss major risks while writing optimistic reports that can’t be readily justified.  It also highlights that in some regions, audits of operators need to be followed by active contractor management and support to improve.

An earlier US claim against the GPS manufacturer was apparently dropped.

UPDATE 14 February 2017: NTSB Accident Report Highlights Charter Ops Audit Questions: the NTSB discuss how certain rating schemes that do not use audits can be misleading after an HS125 accident in Akron in 2015.

UPDATE 6 March 2018: The Institution of Occupational Safety and Health (IOSH) held a seminar on: Meeting our Duty of Care – Risks to health and wellbeing for those travelling with work

UPDATE 20 May 2019: Regulatory oversight of New Zealand helicopter operators was challenged after a 2015 accident