A single pilot was conducting reindeer herding using Bell 206L1 SE-HPM for Alpine Helicopter Sweden in the Alajaure National Park, 30 nm north of Kiruna on 8 October 2019. The helicopter was equipped with ‘bear paws‘ to allow landing on soft surfaces. The pilot needed land to pick up a one passenger.  According to the Swedish Accident Investigation Board (the Statens Haverikommission [SHK]) in their safety investigation report (issued 16 March 2020): 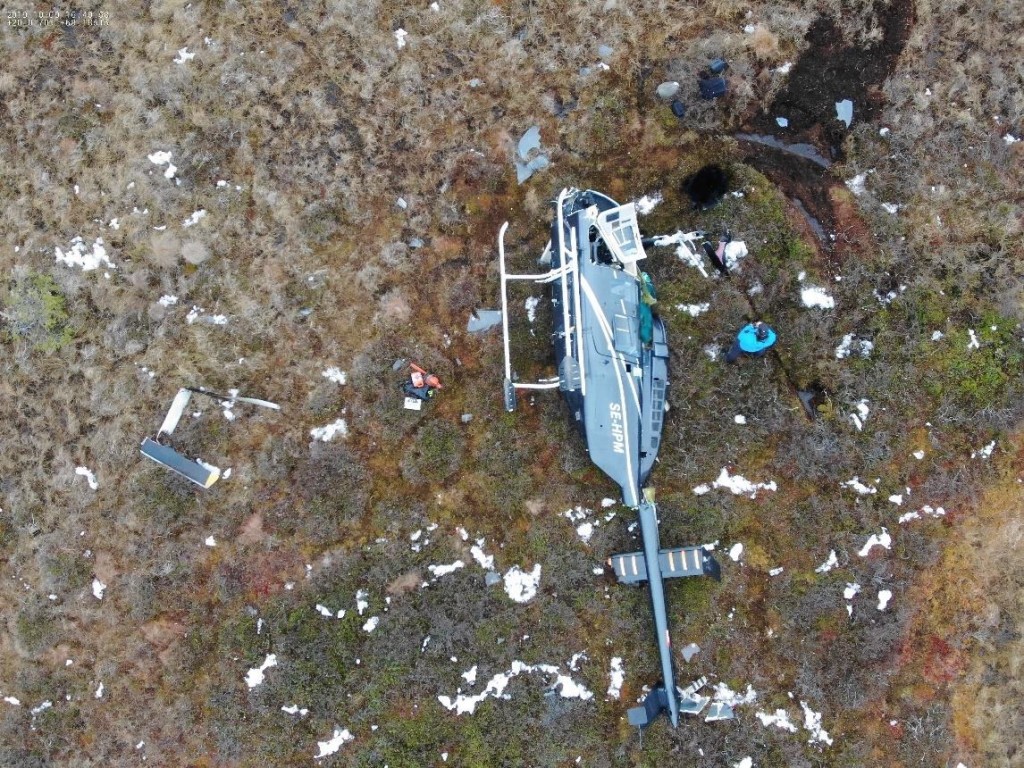 The damage were extensive but the pilot was uninjured. 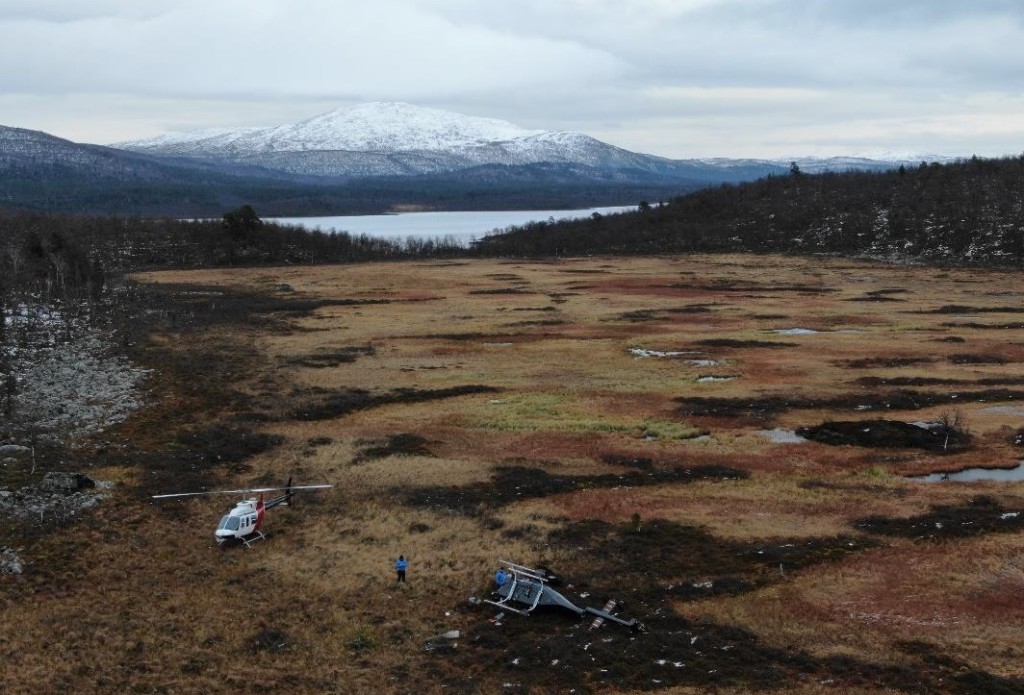 During the site investigation it was found that the bear paw plate on the right skid had been turned slightly clockwise. 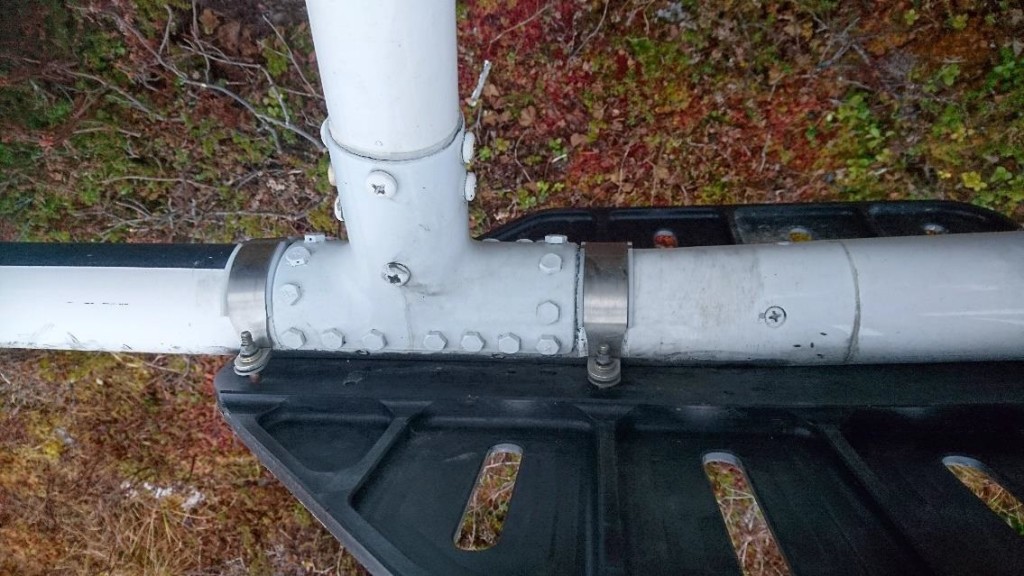 Marks were found in the turf indicating that the plate had dug in.

When the bear paw installation was examined more closely, the investigation team found that the plate was mounted so that it could be forced to rotate about 20 degrees clockwise and about 80 degrees counterclockwise from its normal position. 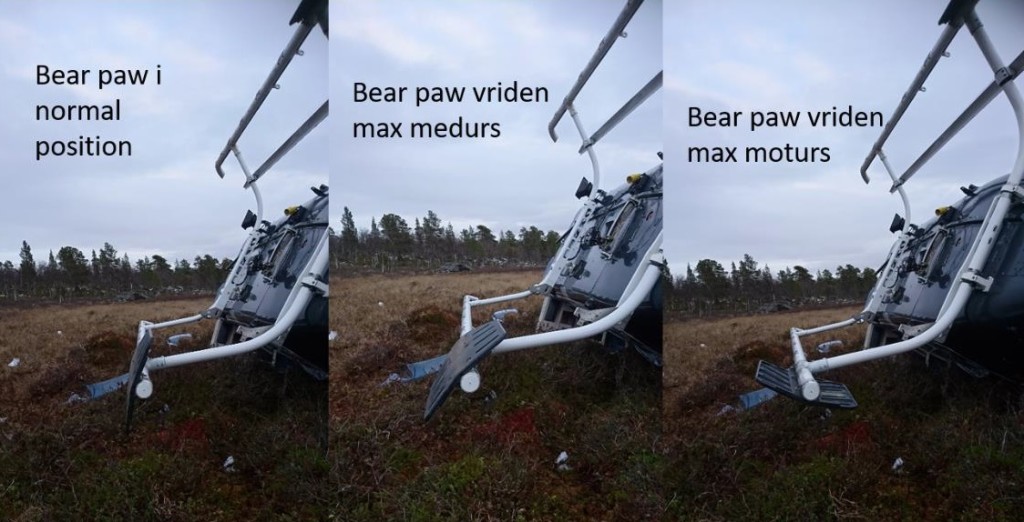 The SHK say that:

When lifting from soft marshland, it can be difficult to determine if the landing gear is stuck on an obstacle or if it has “sucked” into the wet marshland…  When operating from uneven ground, it is important that toch down and lifting are done slowly and carefully in order to detect any obstacles and tendency to roll.

They also asked Transport Canada “to initiate a discussion with the manufacturer of the plates, Dart Aerospace, about the possibility of a more secure installation of the plates”.

The investigator concluded this was a dynamic rollover:

The accident was caused by the plate mounted on the right rear part of the helicopter’s landing gear getting stuck in a turf under the helicopter in connection with hovering, and by the pilot not being able to stop the roll tendency.