On 14 August 2018 a DJI Phantom 4 Unmanned Air System (UAS) / drone flight was planned as demonstration for students of the Virginia Tech (VT) College of Natural Resources and Environment under the provisions of 14 Code of Federal Regulations (CFR) Part 107. 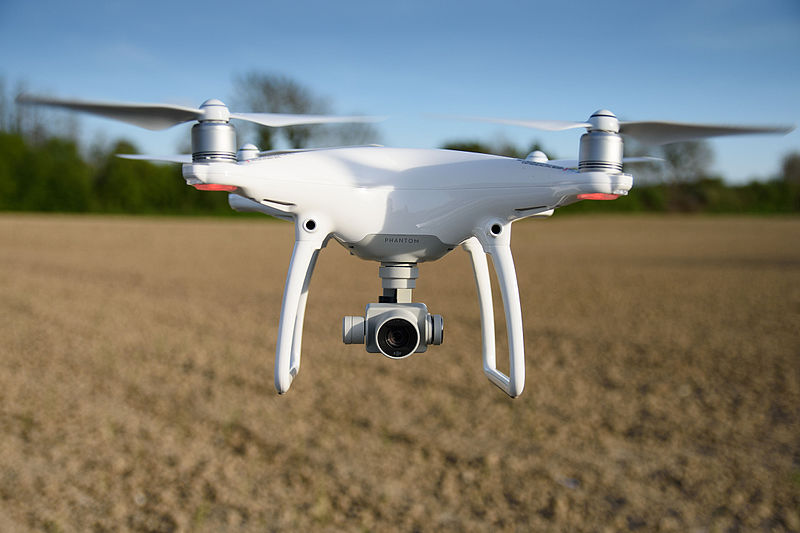 The Mountain Lake Biological Station was University of Virginia property. The CMI chief pilot explained that they had been conducting demos there for 3 years with departmental approval and the Station management. It was not specified what the clearance entailed, and there were no records of any flight operations clearances or requests for the Biological Station site.

The drone pilot held a Federal Aviation Administration (FAA) Part 107 Remote Pilot Certificate and had logged a total of 3.7 hours as Remote Pilot in Command (RPIC), most of which was on the senseFly eBee fixed-wing drone and the 3D Robotics (3DR) Solo quadcopter. He had logged 8 minutes RPIC on the Phantom 4 but reported about 2 hours of experience with it as a hobbyist. His training on the Phantom 4 consisted of performing some basic maneuvers at a practice field using various DJI GO 4 functions, and practicing using the DroneDeploy flight control app.

While CMI could furnish the NTSB with an Operating Guide and Checklists for the eBee and Solo, significantly it did not have these for the Phantom 4.

According to the pilot, the demonstration was intended to consist of a short, automated flight over a pond using the DroneDeploy control application (app) to show how mapping surveys were conducted, followed by a manual flight to view wildlife in the pond…at the Mountain Lake Biological Station, Blacksburg, Virginia. 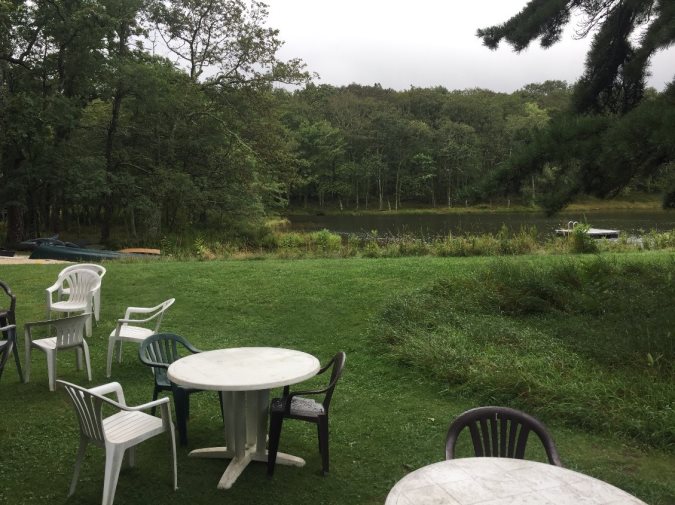 Operating Area: The Table Being the ‘Landing Site’ (Credit: NTSB)

The six students who were observing the demo flight were located less than 10 feet from the pilot. There was no visual observer or other assistant to the pilot for this flight. He started the demo in manual flight mode, and took off from a plastic picnic table on the berm of the pond.

The pilot reported that he was controlling the aircraft via a Samsung Galaxy J7 smartphone using the DJI GO 4 app and that he normally conducted mapping flights using the DroneDeploy app. All obstacle avoidance and vision positioning systems were turned on.

He reported the flight was normal, although the wind picked up a little bit during the flight. He flew the drone back to the picnic table for landing but reported that it would not touch down onto the table. The pilot reported that he made numerous attempts to land and attempted “the shutdown procedure,” but the drone flew off to the side.

He then reported that he climbed the drone back up and attempted an automatic landing and a landing in the grass, again using the “shutdown procedure,” but the drone did not respond as he expected. He reported that he did not feel comfortable having one of the students try to hand-catch the drone, so he decided to crash it.

According to witnesses, the drone struck the ground and moved laterally toward the bystanders. The injured person attempted to jump out of the way, but the propellers struck her in the lower legs. The drone continued into nearby shrubbery, and the pilot retrieved it and shut down the power.

The NSTB report explains that the control input made to try to shutdown the UAS was not the correct one.

According to the DJI Phantom 4 User Manual, the “down and in” command shuts down the motors immediately when the drone is on the ground. Alternatively, a method to stop motors on the ground is to retard the throttle straight back and hold for 3 seconds. The method for emergency stop of motors in flight or prior to the drone sensing that it has landed is to pull the throttle back and to the right while simultaneously pressing the Return to Home button.

The DJI controls can be seen in this short video.

The Phantom 4 records full flight parameters on non-volatile on-board memory…The logs indicated that, following each CSC, the drone’s obstacle avoidance activated, consistent with the low altitude and proximity to objects and persons.

Therefore, the UAS behaved correctly to the commands received, though the commands were contrary to the pilot’s intentions.

The drone pilot’s incorrect control inputs due to insufficient knowledge of the aircraft flight manual procedures.

Contributing to the incident was the close proximity of the observers, and the decision to conduct a demonstration near the observers in a confined area with no assistance.

It’s not clear what assistance the NTSB anticipate would have been in practice useful, other than warning the demonstration spectators, who were already in too close a proximity (less than 3.5 m from the pilot), to get out of the way.

The operator’s recommendations on their accident report form were:

According to the Virginia Tech UAS Safety Manager, the university had a wide variety of departments, laboratories, and individual operators involved with UAS in support of coursework, research, and flight operations. Each of these offices and operators, some under the direction of individual professors and managers, are responsible for their own training, planning, safety management, and operations. The Safety Manager described the various university UAS organizations and their relations to each other as “confusing.”  The UAS Safety Manager did not hold oversight authority over specific labs or organizations.

In August 2018 the UAS Safety Manager has commented “we have the equivalent of a small airline here at Virginia Tech” referring to “hundreds” of UAS users.

Virginia Tech has a UAS policy, introduced in August 2017.  However, that places heavy emphasis on holding individuals personally responsibly rather than ensuring the safe operation of UAS as part of the organisation’s activities.   The specified Virginia Tech UAS Pilot Safety Training course includes:

None is UAS type specific training.  The online Flight Requests are reviewed by the UAS Safety Manager “for safety, operability, and legality” and by a UAS Oversight Committee (UASOC) for “deconfliction with other campus activities”.  However, these are not required for operations conducted off university property, even though are likely to be more prone to third party incidents.  The Mountain Lake Biological Station is university property so its surprising that no Flight Request was available.

One interesting aspect of this investigation is that it presents a very different scale from many typical air accidents (e.g taking off from a garden table to fly a mater of meters below tree height).  It hardly seems relevant to spend time recording this was a VFR flight in Class G airspace.  In contrast, the quantity of recorded flight data available compared with the average GA aircraft is impressive.