The UK Civil Aviation Authority (CAA) has just published the minutes of the 16 October 2015 meeting of the Offshore Helicopter Safety Action Group (OHSAG).  This is the third and last of the year (compared to six in 2014), postponed from July 2015.

Among the items of note:

Aerossurance covered the April 2015 OHSAG minutes here.  There was no mention in the October minutes of adverse commercial practices, as raised by CHIRP, being discussed (see: CHIRP Critical of an Oil Company’s Commercial Practices).

UPDATE 1 August 2016: Although we understand that two meetings have been held in 2016 so far, no minutes have yet been publicly released. 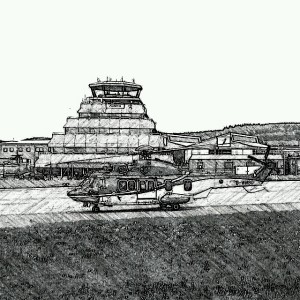 CHC EC225 in front of the NATS ATC Tower at Aberdeen (Credit: Aerossurance)

Aerossurance is an Aberdeen based aviation consultancy.  For expert advice you can trust on offshore helicopter safety, operations, airworthiness, survivability and contracting matters, contact us at enquiries@aerossurance.com