The UK Civil Aviation Authority (CAA) are considering changing how offshore helidecks are approved and assessing the fire-fighting provision on Normally Unattended Installations (NUIs).  The former activity is subject to a public consultation and that latter is being examined by a Offshore Helicopter Safety Action Group (OHSAG) working group.

In the UK CAA’s review of offshore helicopter operations, CAP 1145, issued in February 2014, Action A13 in Chapter 14 was raised as the CAA had the intention to assume responsibility for the certification of UK helidecks (originally with a target of ‘delivery in Q1/2015’). The helidecks are currently inspected against CAP437 by the Helideck Certification Agency (HCA) who is contracted to do this by the UK operators.

A consultation (based around proposals in CAP1295) is currently being undertaken.  This consultation is open for public comments until 24 July 2015.

CAP1295 describes how CAA could empower one or more Qualified Entities to act on behalf:

The proposal would be for CAA to underwrite a qualified entity’s approvals system by issuing an operational directive under article 15 of the [Air Navigation Order] ANO (and article 6(4) of the Air Operations Regulation 965/2012) requiring helicopters operating to offshore installations and vessels on the UKCS only to do so if facilities have been approved /certificated by a Qualified Entity (or Entities) acting on behalf of the NAA (UK CAA).

We predicted the CAA would consider the Qualified Entity approach, as used in the Unmanned Air System sector, a year ago.

The CAA believe their proposals address ‘the perceived weaknesses of the present system’. In particular, by also providing a mechanism for grading non-compliances, which they describe as a ‘Helideck MEL’, backed by a:

…legal directive whereby CAA (and their agent(s)) is [sic] empowered to prevent an operation should, in the opinion of the CAA and / or the qualified entity, the helideck fail to achieve a minimum level of compliance i.e. if it is deemed unsafe to continue operations.

UPDATE 5 October 2015: The CAA have stated they received 20 responses:

These responses are being used to assist in the determination of the next steps to address CAP 1145 Action item A13. It is anticipated that an update on progress will be communicated by the end of 2015.

In April 2015, after the last OHSAG meeting, UK CAA also announced a set of proposals aimed at improving the safety of helicopter operations to the 116 NUIs on the UK Continental Shelf (UKCS). The CAA say they build upon an independent report commissioned by CAA in mid-2014 from Cranfield University, but not as yet made public by CAA.

These CAA proposals effectively supersede Recommendations R8 and R9 in Chapter 10 of CAP1145 (which originally had a target of ‘delivery in Q3/2014’).

These proposals will be taken forward on a very short timescale by a joint industry working group, featuring the CAA, helicopter operators, offshore industry and pilot union representatives. Health and Safety Executive has also been invited to participate. The work will focus on addressing the risk posed by fire following any incident involving a helicopter on the helideck of a normally unattended installation, where there may be no one on the rig to assist in fire suppression.

The CAA say their proposals “either individually, or collectively, will meet the requirement to increase safety and survivability” and include:

It is not however been made clear publically what combination is being proposed in what circumstances.  An OHSAG working group has been set up to investigate these options. 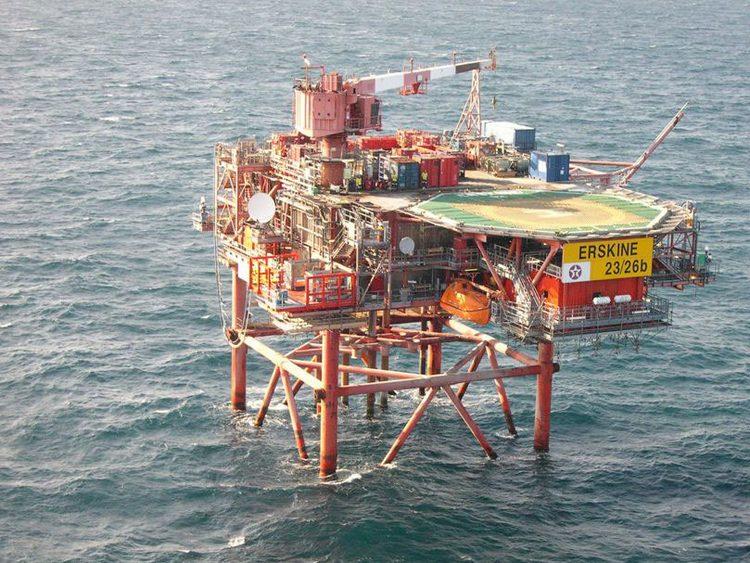 On the matter of fire-fighting provisions at Normally Unattended Installations (NUIs) CAA say they have:

…conducted a bow-tie risk assessment that was generated in collaboration with industry and produced a working paper for OHSAG consideration which focused on the 3 key items.

This has generated further debate and review with industry and a revised plan has been drafted to provide an achievable and proportionate solution bearing in mind all the relevant constraints.

Consequently “all new build unattended helidecks must have automated helideck fire fighting facilities as detailed in CAP 437“.  For Current NUIs:

In the absence of an acceptable safety case the following will form the basis for mandatory application:

a) For any decks which do not comply with the requirements for the installation of an automated fire-fighting system, it is proposed to apply an annual limit for landings when the helideck is unattended to constrain overall exposure. In addition, operations to such decks should not take place at night unless a circle and H helideck lighting system compliant with CAP 437 Appendix C is fitted.

b) When helidecks without an automated fire-fighting system are attended by personnel trained in the use of the fire-fighting equipment that is available, operations may continue until a cut-off date which will be set following industry consultation.

c) From the cut-off date, however, the fire-fighting facilities must meet or exceed the Rescue and Fire Fighting Service (RFFS) provisions of the minimum ICAO Annex 14 Volume II surface level standards for H1 or H2 helicopters as applicable and as referred to in CAP 789.

d) It is proposed that helidecks without an automated fire-fighting system that do not upgrade to the level stated in c) above by the cut-off date will be subject to an annual limit for landings.

The UK CAA say that:

To ensure evenness, the means of implementing the determined safety measures will most likely be through an Operational Directive applicable to all operations conducted on the UK Continental Shelf.

In May 2015 UK CAA consulted on the options available to the CAA to assume responsibility for helideck certification (see CAP 1295), something they gave up being involved in after the Brent Spar accident a quarter of a century ago. However, any such change would need legislation that is anticipated as requiring several years to progress through Parliament (and the legislative challenges of Brexit will undoubtedly make even starting on that impractical for several years).  The benefits of this initiative were always rather unclear (as the CAA can issue Operational Directives at any time to prohibit or limit operation to specific locations, as they intend to do for NUIs).

For many years the UK operators have been using the highly respected Helideck Certification Agency (HCA) to do helideck inspections and certification on their behalf, with a single quality system, database and inspector qualification approach, subject to regular audit by operators and the UK CAA.

The UK CAA had considered a scheme whereby they would approve several entities to conduct inspections on their behalf. We think such an arrangement would potentially introduce a greater possibility of inconsistencies, result in less well resourced and less stable inspection bodies and a greater economic burden to ensure standardisation.  Indeed the UK CAA have now committed to collaborate with the HCA going forward.

…presents several new topics not previously addressed in CAP 437 including a risk assessment for helicopter operations to helidecks in the UKCS which are sub-1D and criteria for parking areas. In addition there is a comprehensive update on the section related to helideck surface including new friction requirements for flat helidecks with micro-texture finishes and for profiled helidecks. An update on best practice for temporary combined operations, multiple platform configurations and helideck movement are also included. This amendment is issued to present the final specification and the installation arrangements for the Lit Touchdown/Positioning Marking Circle and Lit Heliport Identification Marking. Finally the European Aviation Safety Agency (EASA) Requirements for Air Operators, Operational Requirements Part-OPS, Annex VI Part SPA (AMC1 SPA.HOFO.115 Use of offshore locations) are reflected in Appendix material.

UPDATE 24 January 2020: UK CAA have published CAP1877: Safety Review of Offshore Public Transport Helicopter Operations in Support of the Exploitation of Oil and Gas.  In a gradual but total climb-down the UK CAA  have abandoned the original intent of Action 13 and settled for a role in the HCA chaired Helideck Technical Committee.

Aerossurance has extensive helicopter operation, helideck, risk management, safety and regulation experience.  For aviation advice you can trust, contact us at: enquiries@aerossurance.com