The Royal Aeronautical Society (RAeS) was founded on 12 January 1866, so is today celebrating its 150th anniversary (or sesquicentennial).

To mark this significant milestone Aerossurance is pleased to be sponsoring the Society’s 2016 Rotorcraft Conference.

This conference, to be held 6-7 July 2016 at the Society HQ at 4 Hamilton Place, London, will be the second in the series of ‘Automation & Offshore Operations’ conferences held by the RAeS Rotorcraft Group.

The RAeS will publish further details of the 2016 Rotorcraft Conference in due course. 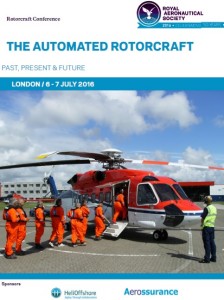 Originally formed as the Aeronautical Society of Great Britain, the Society gained its Royal Charter in 1918.  The Society now has over 20,000 members and is an international, multidisciplinary professional institution dedicated to the global aerospace community.