S-92A Collision with Obstacle while Taxying

The Norwegian Accident Investigation Board (AIBN) has issued their report into a collision of Sikorsky S-92A LN-OND with a parked truck at Stavanger Sola airport on 5 July 2016. 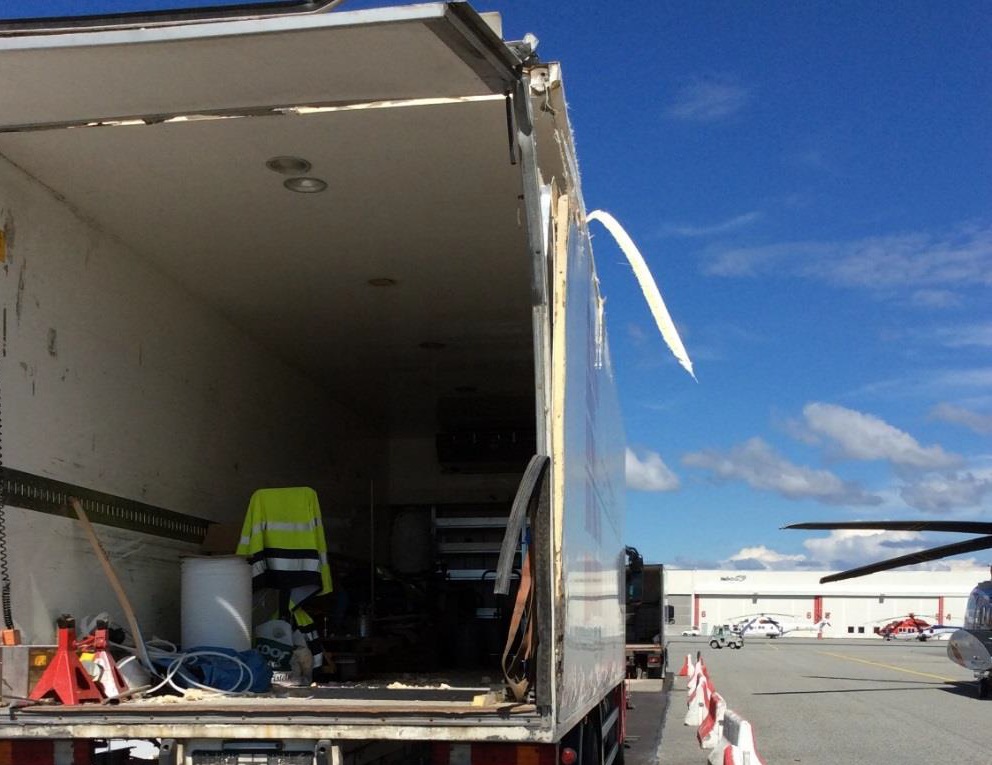 During taxyng to a helicopter stand, the main rotor blades of the Bristow Norway helicopter hit the side of truck parked at the site on airfield works. All four main rotor blades were damaged. Two workers standing alongside and in the truck, were slightly injured by blade debris.

The Scene of the Accident

There was construction work in progress for new helicopter stands for Avinor AS (the airport operator) by their main contractor Stangeland AS and sub-contractor Microtrenching AS.  Microtrenching had been working on stands 60-63.  On the evening of 4 July 2016 they requested permission from Airport Operations to relocate to stand 64, on the opposite side of Taxiway D, but without discussing this with the prime contractor who were not on site at the time. 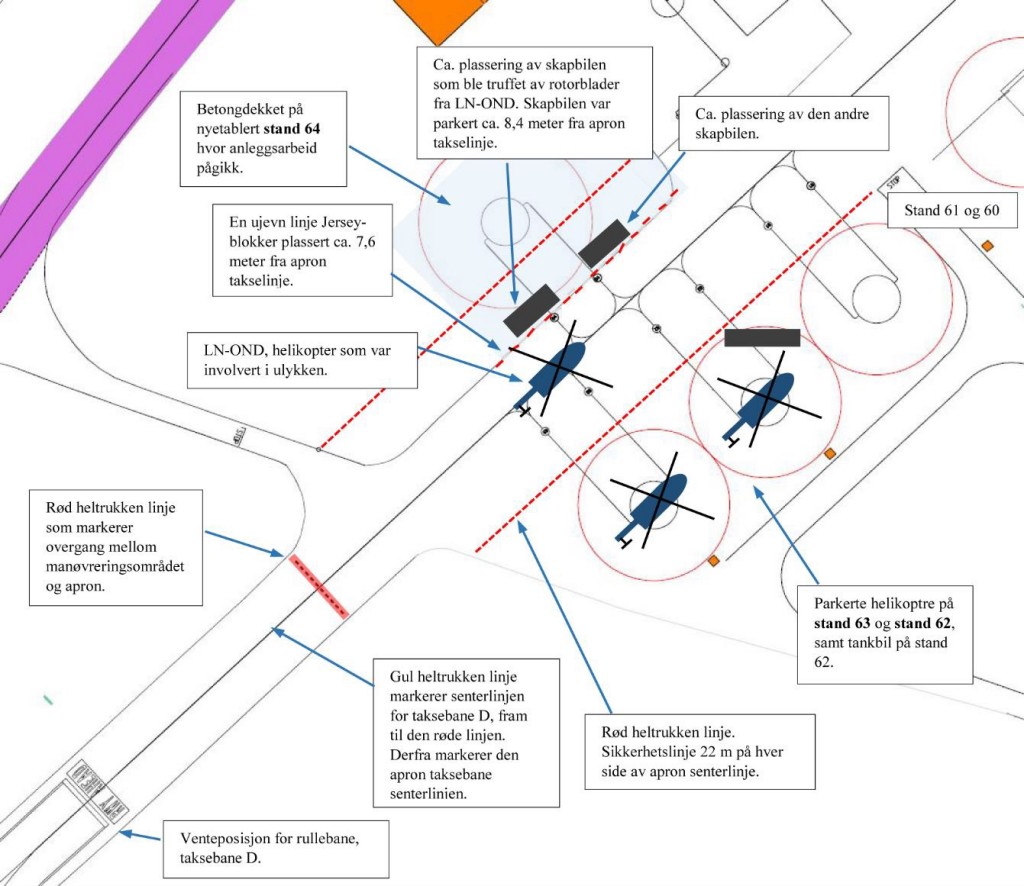 They parked within a series of red and white concrete barriers on the stand.  During the 5 July 2017 17 helicopters taxyed along Taxiway D without incident or raising a concern, even though the concrete barrier was just 7.6m from the centreline (in contrast the rotor diameter of an S-92A is 18.5m). However crucially, no risk assessment had been done for the apron works, contrary to local regulations.  Furthermore, no Notification of Work (NoW) or associated Job Safety Analysis (JSA) was prepared or issued for the new location.   The NoW would have contained specific requirements for the safe completion of the work and triggered a NOTAM.  Being closer than 22m to the centre line would have meant, under Avinor’s procedures, the taxiway should have been closed.

Just before 15:00 Local Time LN-OND was returning from the Draupner offshore installation.  After landing on Runway 29, they were given permission to taxy to Apron 7 via Taxiway D.  The Pilot Flying was in the left hand seat and the Pilot Monitoring in the right hand seat.  They had used Taxiway H when they had heading for the runway that morning. 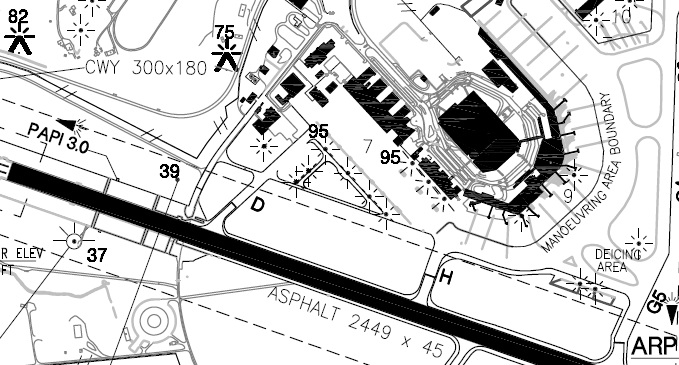 They were heading for Stand 61 and encountered two parted helicopters to the right on Stands 62 and 63 and the construction work to the left on Stand 64.  Two trucks were parked near the concrete barriers alongside the taxiway (8.4m from the centre line). 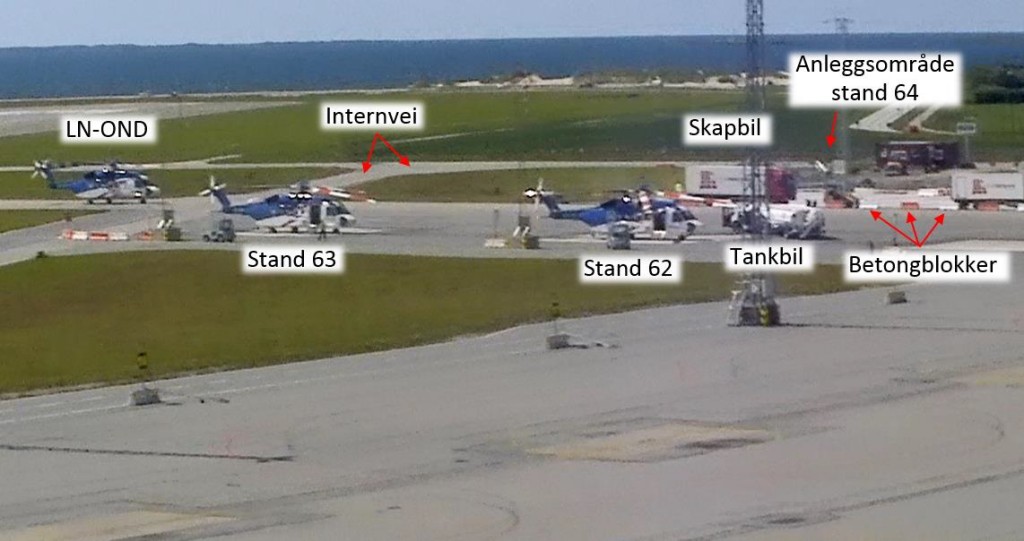 Both pilots commented that judging the clearance was difficult.  However, being aware that other aircraft had been routed that way successfully earlier in the day were confident that if they followed the yellow centre-line markings they would remain clear of obstacles.  The crew did also taxy slightly to the right however not enough to prevent the main rotor blades striking the vehicle. The AIBN note that:

…the lack of project specific risk analysis lead to a lack of specific guidelines on how to handle the risk factors. AIBN misses safeguarding of safety distance from taxiing helicopters, plans for parking of vehicle and equipment, plans for closing off construction areas, and role clarifications for the personnel involved. Furthermore, several of the instructions in the handbook for Airside safety were not followed, which contributed to the accident. Heavy white and red concrete blocks where placed along the asphalt edge at new helicopter stand where the truck was wrongly parked.

The concrete blocks had been positioned in April 2016 to prevent a repetition of an incident when a fuel bowser had driven into a hole created by earlier construction.  They had been left in place even though the hole had been filled in.  The barrier was not positioned with the separation of aircraft from the construction in mind nor did it delineate where the sub-contractor could park their vehicles.

This may have contributed to misunderstandings and causing people not to perceive or report the safety critical conditions.

As the involved parties have implemented several corrective measures after this accident to prevent similar occurrences, no safety recommendations are issued.

Our Comments: Other Accidents

This is not the first collision of an offshore helicopter with obstacles at airports: 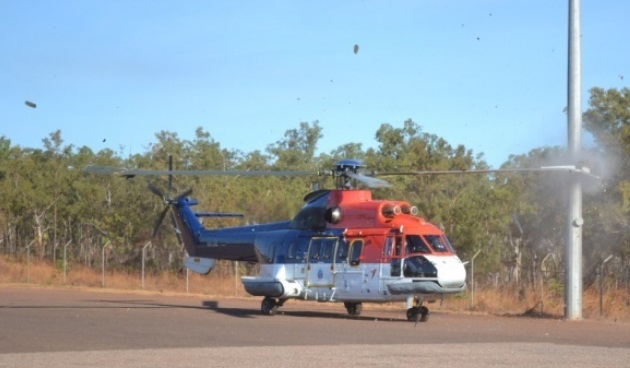 UPDATE 25 October 2021: Another HEMS/vehicle collision, which occurred to SAME MBB Bo 105CBS-4 LV-CVE at a toll plaza in Argentina on 23 April 2021, was captured on video: 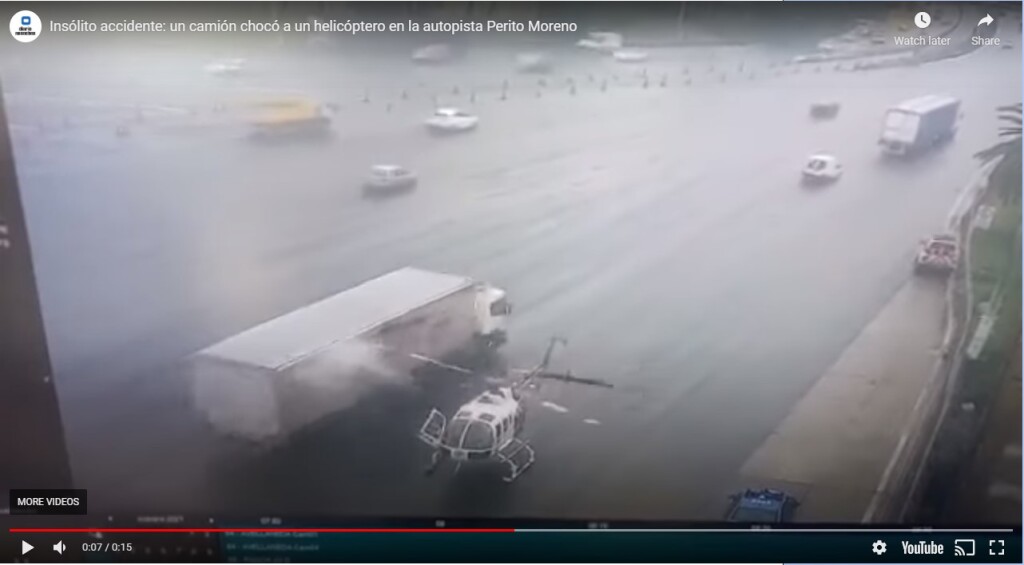 It is noteworthy that 17 other crews had negotiated Taxiway D without raising the alarm.  In many ways this accident highlights the fallacy of over-reliance on safety reporting.  No doubt each crew was confident that the trucks and barrier had been positioned with careful thought and took their taxi clearance and the absence of a NOTAM as confirmation.  Equally, the workers on the apron no doubt were reassured that passing helicopters confirmed all was well.  This would be an example of Confirmation Bias.

There was a UK military Service Inquiry following the death of a military test pilot in Yak-52 G-YAKB aircraft accident close to MOD Boscombe Down on 8 July 2016.  The aircraft had been hired as an unusual aircraft for student ETPS test pilots to complete a Qualitative Evaluation (QE) on.  The investigation found evidence that despite an expensive campaign of safety training across defence aviation 13 of 14 occurrences of aircraft defects or incomplete tasks witnessed during the aircraft’s deployment to Boscombe Down were not reported.  The SI Panel comment in the case of G-YAKB: