Bell UH-1H N4085L, used for Part 133 External Load Operations by Yukon Helicopters, was damaged in a hard landing after being forced to autorotate after fuel exhaustion on 6 June 2019 near Bethel, Alaska. 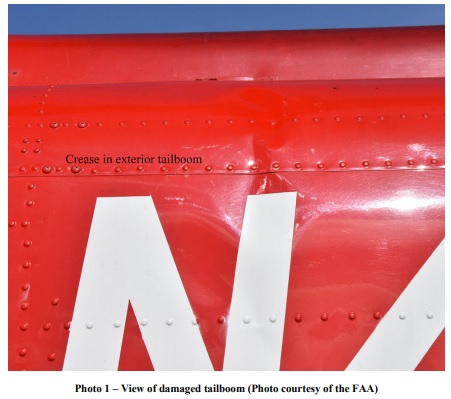 The helicopter sustained substantial damage to the tailboom and transmission mounts and both occupants were injured. 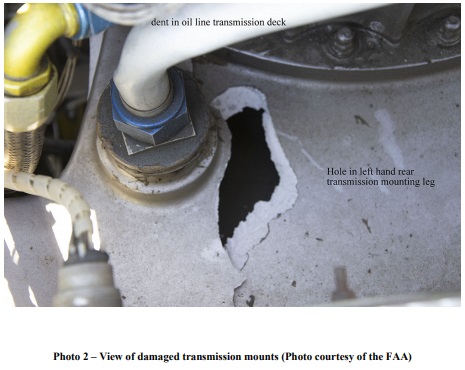 According to the National Transportation Safety Board (NTSB) safety investigation report:

The chief pilot, who was also the helicopter’s owner, reported that he had refueled the helicopter on uneven terrain before the flight. He filled the tank to the bottom of the filler cap on the left side, which he estimated was about 10 to 15 gallons less than the total fuel capacity of the 210-gallon tank. He estimated that the helicopter burned about 90 gph [gallons per hour]. He added that there were no open mechanical squawks on the helicopter and that he was not aware of any mechanical issues.

However, the pilot of the accident reported that,…

…before departure, he was told the helicopter was topped off with fuel for the multistop flight. He added that he did not verify the fuel quantity but that, when he departed for the last leg about 60 miles from the destination airport, the fuel gauge showed just below 600 lbs of fuel, and he decided to fly at 120 knots with a tailwind. …after landing, the fuel quantity gauge showed that there was about 225 lbs of fuel remaining and that the 20-minute fuel light, which did not illuminate during the flight, illuminated once on the ground. He estimated that the helicopter’s fuel burn was about 75 to 80 gph.

About 3 miles from the destination airport, the engine lost power. A Federal Aviation Administration (FAA) inspector who examined the helicopter reported that…

…the fuel quantity gauge had been serviced and calibrated earlier in the year but continued to indicate that fuel was onboard even after the helicopter ran out of fuel. The 20-minute low fuel light appeared to be functioning normally.

The pilot’s improper fuel planning, which resulted in fuel exhaustion and a total loss of engine power, and his improper landing flare during a forced autorotation, which resulted in a hard landing. Contributing to the accident were the inoperative fuel gauge, which was not accurately calibrated, and the pilot’s reliance on the gauge.