After dark on 7 January 2014, US Air Force (USAF) Sikorsky HH-60G Pave Hawk 88-26109, of the 56th Rescue Squadron, at RAF Lakenheath, Suffolk, crashed in marshland near the village of Cley next the Sea, Norfolk, UK.  The four crew were fatally injured.  The aircraft, valued at $40.3 million was destroyed. 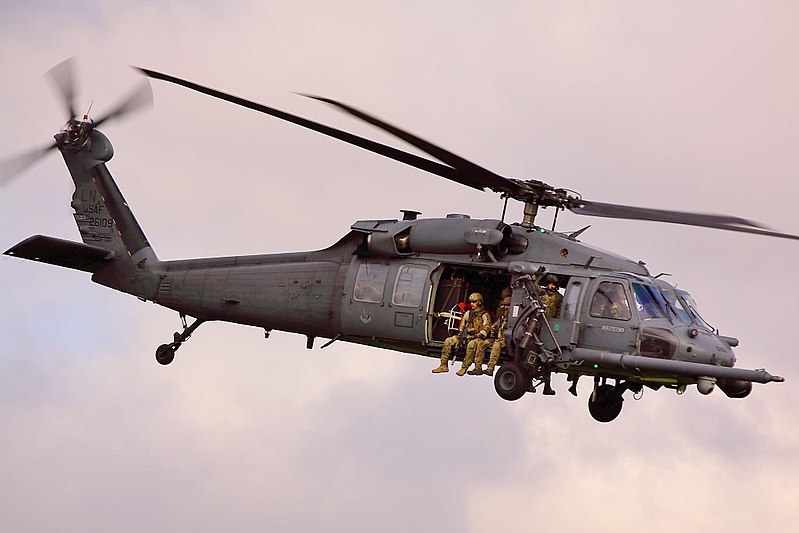 The helicopter had experienced multiple bird strikes during a nighttime rescue of a simulated downed F-16 pilot as a check ride for 88-26109’s pilot.

The Combat SAR training mission involved two HH-60Gs, a lead aircraft and the accident aircraft. Both crews were using night vision goggles. The aircraft departed RAF Lakenheath at 1733 Local Time.  At 1804 88-26109 was flying east toward the Landing Zone (LZ) near Salthouse, behind and the the left of the lead aircraft, separated by about 0.3nm / 10 seconds, at approximately 110 KIAS and 110 feet above ground level.  The 56th Rescue Squadron frequently used this LZ for similar training missions. The flight path went over the over the Norfolk Wildlife Trust’s Cley Marshes, a bird sanctuary established in 1926. 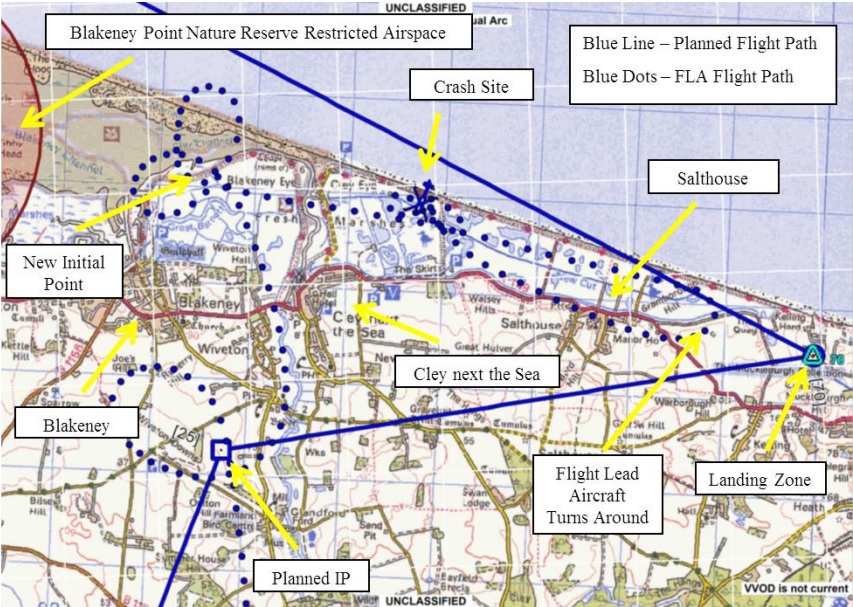 This was not part of the original plan, but strong winds and a desire to avoid noise disturbance in the village of Blakeney, meant that in-flight the ‘initial point’, where the aircraft would orbit before the run in to the LZ, was shifted toward the marshes.

A flock of geese, likely startled by the noise of the oncoming helicopters, took flight from Cley Marshes and struck the 88-26109. At least three geese penetrated the windscreen.  These  rendering the pilot and co-pilot unconscious.  One hit the aerial gunner rendering him unconscious too. At least one goose hit the nose of the aircraft, disabling the Trim and Flight Path Stabilization systems.

The types of geese involved weighed between 6 and 12 lb (2.7-5.4 kg).  These are substantially above any rotorcraft certification requirement.  The AIB don’t discuss the design and certification requirements of the H-60. According to a Swedish accident report the UH-60M Black Hawk can withstand a 1.8 kg bird at maximum speed up to c5,000ft.  Part 29, for civil rotorcraft over 3,175 kg has a 1 kg bird strike requirement at maximum speed up to 8,000ft.

This damage and injury resulted in a loss of control and the helicopter rolled left and it impacted the ground approximately three seconds after being struck by the birds.  The lead aircraft returned and landed alongside. 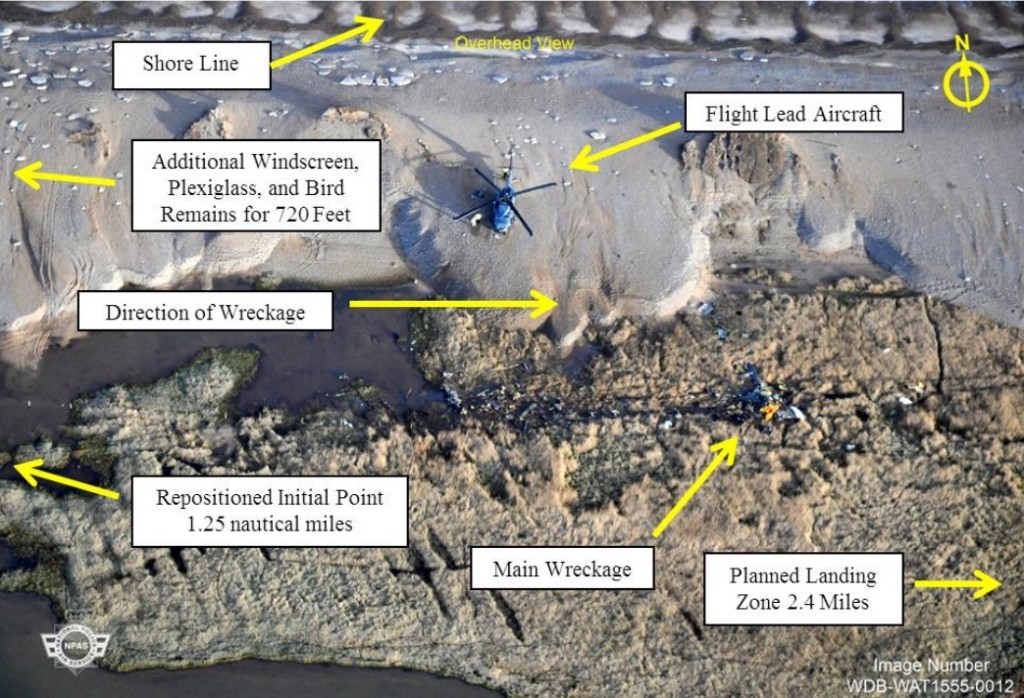 The UK Military Low Flying Handbook, available to the crews, states crews should cross coastlines at right angles and above 500 feet AGL to avoid bird strikes in this low flying area, but the AIB note this advice “did not support mission requirements”.

The January 2014 UK MOD bird activity map indicated an area of low-bird activity over Cley Marshes.  However, on 6 January 2014), the NWT counted a flock of approximately 400 various geese, along with other birds at Cley Marshes.  A storm surge that affected the near-by National Trust Blakeney Nature Reserve in early December 2013 is believe to have caused several flocks of birds to relocate in the direction of Cley Marshes. The parent 48th Fighter Wing safety briefing for January 2014 instructed aircrew to assume a moderate en route bird risk (though one might argue that the final approach to a LZ would normally be ranked higher but for the very low en-route operating height), which these crews did.  The crew’s pre-flight overall Operational Risk Management (ORM) rating for this flight was ‘Low’.