An Uncoordinated Fall from an A320 at Helsinki: How Just Reporting is Not Enough

On 13 Jan­u­ary 2020 a cabin crew member was injured in a fall from Finnair Airbus A320 OH-LXD on Stand 913 at Helsinki Airport.  The Finnish Safety Investigation Authority (SIAF, the Onnettomuustutkintakeskus) explain in their safety investigation report (issued 28 October 2020 in Finnish with an English summary) that the passengers had already exited the A320 via stairs to a bus… 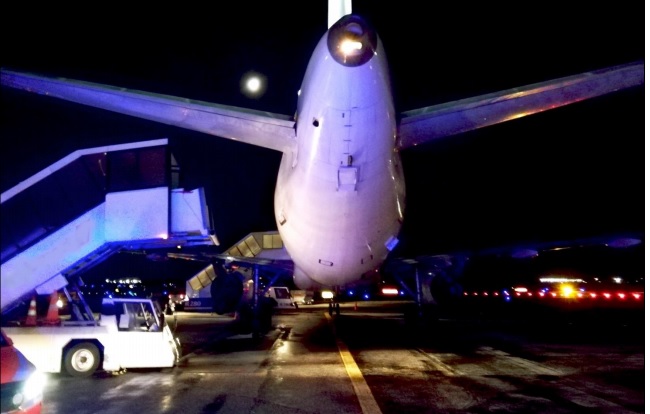 There were no eyewitnesses to the accident, but immediately after, the situation was noticed by the driver of the stairs and the CCM4.

Finnair’s cabin crew have been instructed to call for help in Finland by calling the emergency number 112. As for the flight crew, they have been instructed to contact air traffic control with the aircraft radios. In the accident, SCC notified the cockpit about the fall, from which the captain reported the incident to Finnair’s Hub Control Centre (HCC), which then called 112 [at 07.05.20].

First responders were on scene at 07.11.53.  The injured cabin crew member had worked for the airline for c20 years.

During the safety investigation it was established that:

In Finnair’s handbooks and instructions, the duties and areas of responsibility of the cabin crew have been defined in several places. CCM2, who was injured in the accident, believed that she was responsible for giving the OK sign, even though CCM4 had already given the sign to the staircase vehicle driver. In the accident, only CCM4 was aware that the OK sign had been given, meaning that the situational awareness of the crew was not at the same level at the time of the accident.

There are belts that can be, and was in this case were, deployed at the top of the last step before the upper platform and at the bottom.  They have microswitches and if open prevent the stairs from being driven off.

The driver of the stairs does not have a direct line of sight to the upper level of the stairwell, and thus cannot know if anyone is on the pltaform. For the driver, closing the airplane door [also] serves as a sign…that it is safe to drive off.

From 2015 to 2020, approximately 50 occurrences related to the operation of an aircraft door, the staircase vehicle or the passenger bridge have taken place in Finland.

….there is no coordinated approach between the different actors for the preparation and processing of occurrence reports.

However, the safety risks mentioned in these occurrence reports have not resulted in notable monitoring or other measures by the Finnish Transport and Communications Agency. Neither has Finnair initiated any significant measures with regard to the occurrences concerning them related to the issue.

Professor Veli-Pekka Nurmi, Executive Director of SIAF commented in a press release about the report:

Simply reporting the occurrences does not do any good, if the issues mentioned in the reports are archived at the bottom of the drawer. The aim should be to process the reports in a coordinated manner so that lessons could be learned from the problems and incidents.

SIAF recommends that the Finnish Transport and Communications Agency