On 15 June 2016, Air Europa Embraer ERJ190-200LR EC-LKX, had an aft-door open warning while cruising at 31,000 ft en route to Madrid-Barajas Airport.  The crew carried out the relevant procedure and the aircraft landed safely.  After disembarking the passengers the flight crew contacted maintenance to inspect the door. 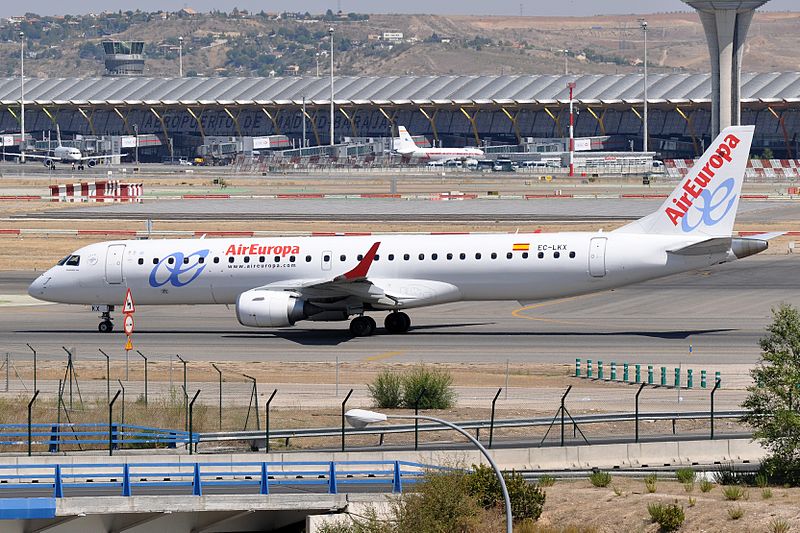 While conducting the maintenance, one of the technicians fell from the aircraft, suffering serious injuries.  According to the safety investigation report of the Spanish accident investigation agency, the CIAIAC:

The 44 year old male maintenance technician who fell couldn’t recall the events clearly, but did recall that:

…a coworker asked him for help, since he had a B1.1 license and is certified on that airplane type, unlike said coworker. So as not to delay the flight, since the airplane was ready for boarding, he interrupted the maintenance activities he was performing on another airplane and went to assist his coworker.

His coworker told him that the door was open.  To prevent falls when the door is open, the airplane features a safety strap. 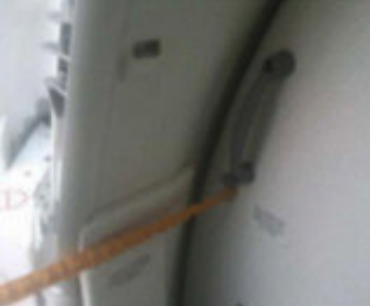 This strap is more to warn of the danger than to protect against it, since it is not capable of supporting a person.  He was also holding on to a safety handle, which also did not keep him from falling.

He thought that to identify the fault, he must have opened and closed the door while visually inspecting the sensor from the inside. During the visual inspection, he must have placed his leg outside the airplane and fallen.

This is consistent with statement of the second technician.

The accident occurred during the maintenance technician’s 6th hour of his shift, which had started at 07:00 and ended at 15:00. It was his fourth task since commencing his shift.

In the time period when the accident took place, the workload was usually high [he said].  He was in a hurry, since he had to do maintenance on other airplanes, and this was a routine visual inspection, so he did not consider calling for a platform. As a safety measure to avoid a repeat occurrence, however, he would recommend the use of a platform any time a door is open.

…the safety strap, as it does not prevent falls, cannot replace a work platform installed outside the door as a safety barrier.

Airbus have published an article on preventing falls from height.  On the door strap they say:

It should only be used for a limited time pending the closure of the door. A safety strap does not prevent from a fall. The Cabin Crew Operating Manual (CCOM), states that whenever a cabin door is open with no stairs or no gateway in position, the safety strap should be installed and the door should not be left unattended.

When a door remains open and unattended for a long period of time, Airbus recommends the installation of a safety barrier in absence of stairs or gateway. 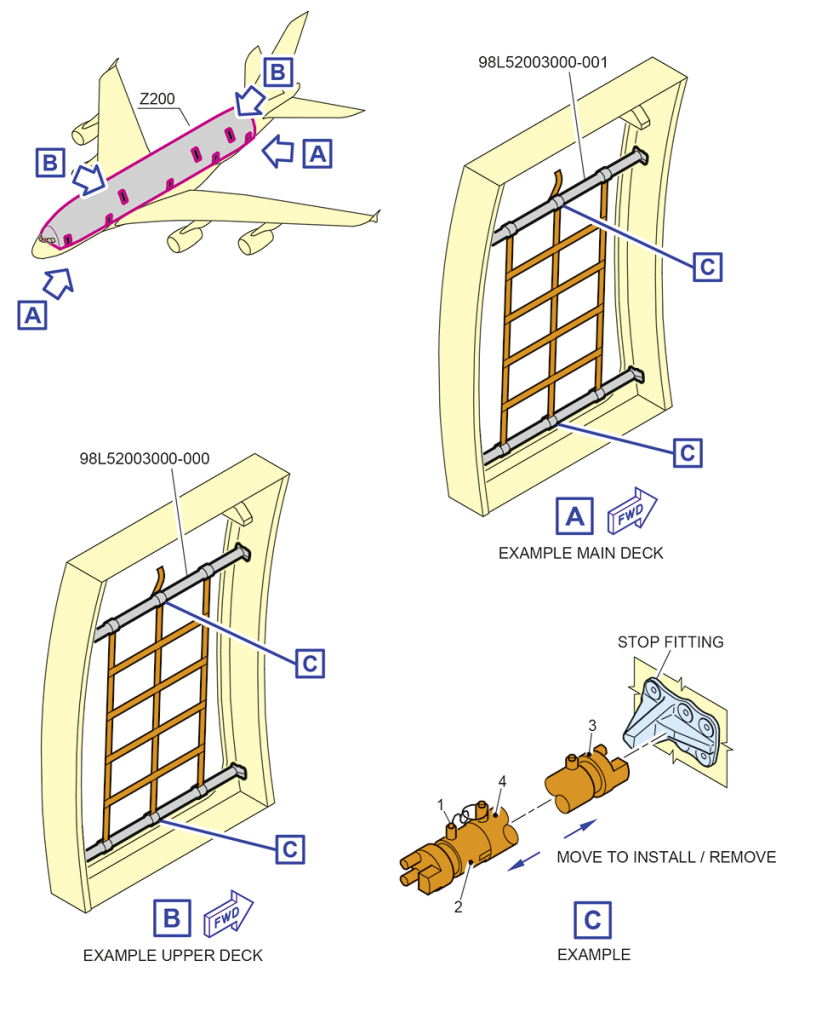 This same recommendation is made in IATA’s Airport Handling Manual (AHM). The safety barrier is designed to prevent people from falling through the open doorway. It is the most efficient protection against falls from an open door.

All Airbus aircraft have a safety barrier available for each door type including passenger doors, emergency doors and cargo doors. The safety barrier is not stored on board the aircraft. It is installed by maintenance personnel and its reference can be found in the Tool and Equipment Manual (TEM) for each aircraft type.

The UK Health and Safety Executive (HSE) provide general guidance for working at height.  Virgin Atlantic provided the HSE with a case study on improved maintenance steps.  In 2006 the HSE issued Version 4 of guidance on Preventing falls from height during maintenance at helicopters (rotary wing aircraft) for helicopter operators and maintenance organisations.

In 2018 Swissport were fined £502,000 after workers were injured in two separate incidents at London Luton Airport. In one case a supervisor was still standing on a baggage handling vehicle when the driver moved off.  In another a worker slipped while climbing the access ladder on a cargo loader.  Swissport pleaded guilty to breaching ss 2(1) and 3(1) of the Health and Safety at Work Act and reg 4(1) of the Work at Height Regulations.