The US National Transportation Safety Board (NTSB) identified contributory ATC errors when they issued their probable cause of a fatal Beechcraft B1900C Controlled Flight Into Terrain (CFIT) accident in instrument meteorological conditions at Aleknagik, Alaska on 8 March 2013.  The aircraft, N116AX, was operated by Alaska Central Express (Ace) Air Cargo.

The air traffic controller cleared the airplane to fly directly to ‘ZEDAG’ the initial approach fix, stating, “maintain at or above 2,000” feet until established on a published segment of the approach. This was ambiguous and should have stated the aircraft should enter the terminal arrival area at or above 5,400 feet.  The flight crewmembers repeated the clearance back to the controller as “maintain 2,000” feet until established, and they began descending.  The controller did not notice the pilot’s incorrect readback. Shortly after, when at 2,200 feet, the pilot requested to enter the holding pattern while they checked on runway conditions on another frequency, and the controller cleared them to hold “as published.”  The published minimum altitude for the hold in that location was 4,300 feet msl. The air traffic system did generate aural visual minimum safe altitude warnings for the controller but he did not intervene. 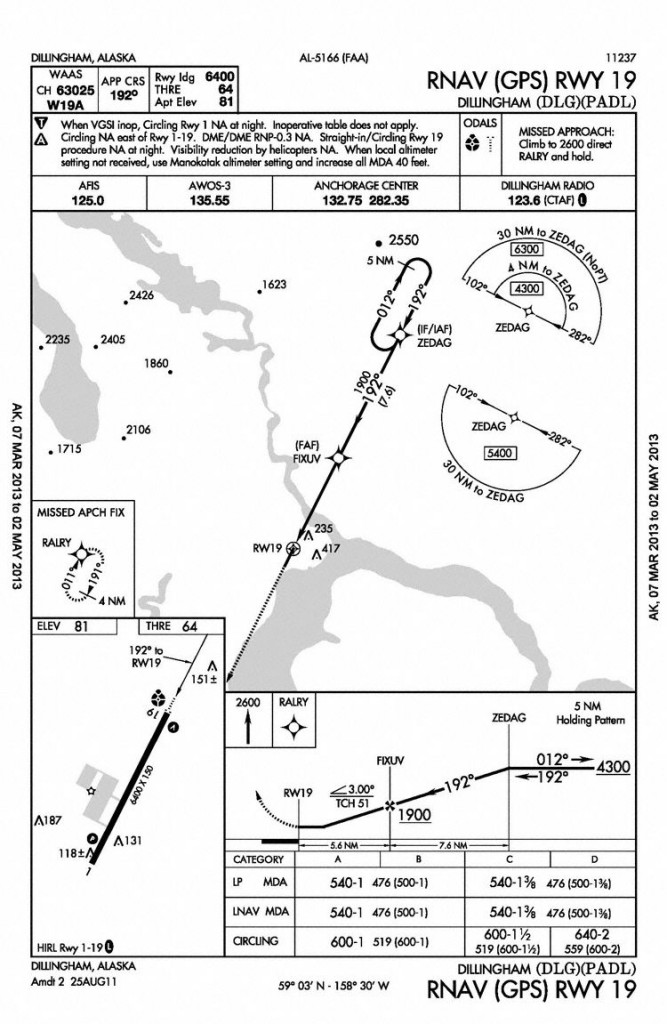 Approach Plate (Credit: FAA) NOT FOR NAVIGATIONAL USE

The aircraft  collided with rising terrain at 2,000 feet msl while flying in a wings-level attitude on the outbound leg of the holding pattern.  The aircraft had three pieces of navigation equipment that should have provided visual and aural terrain warnings to the flight crew, but these were so damaged on impact their functionality could not be examined. 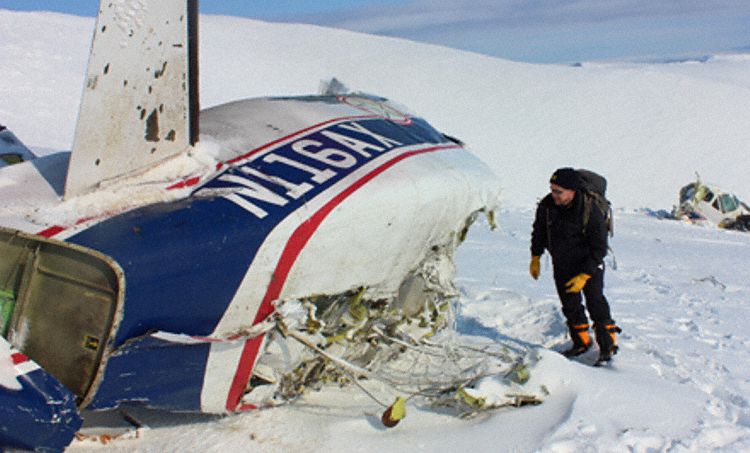 The flight crew’s failure to maintain terrain clearance, which resulted in controlled flight into terrain in instrument meteorological conditions. Contributing to the accident were the flight crew’s failure to correctly read back and interpret clearance altitudes issued by the air traffic controller, their failure to adhere to minimum altitudes depicted on the published instrument approach chart, and their failure to adhere to company checklists.

Also contributing to the accident were the air traffic controller’s issuance of an ambiguous clearance to the flight crew, which resulted in the airplane’s premature descent, his failure to address the pilot’s incorrect read back of the assigned clearance altitudes, and his failure to monitor the flight and address the altitude violations and issue terrain-based safety alerts.

Ace Air Cargo operate less than a handful of Beech 1900Cs.  On 21 January 2010, one of their other Beech 1900Cs, N112AX, crashed in the ocean shortly after takeoff from Sand Point Airport, Alaska with the loss of its two crew.  Only part of the wreckage was recovered and the probable cause was:

An in-flight loss of control for an undetermined reason, which resulted in an uncontrolled descent.

These aircraft were not fitted with cockpit voice recorders (CVRs) of flight data recorders (FDRs). Clint Johnson, the NTSB’s chief investigator in Alaska, says much about the crash that could be known never will be, due to their absence:

One of the most frustrating things is that we don’t know what was going on in that cockpit.

After the earlier accident the NTSB report that:

According to Alaska Central Express management personnel, at the conclusion of the Sand Point accident investigation, the board of directors opted to voluntarily install cockpit image recording systems in all company-owned and operated aircraft; however, the airplane involved in the March 8, 2013, accident was not yet equipped with such a system.

UPDATE 31 May 2017: All Aboard CFIT: Alaskan Sightseeing Fatal Flight