Final Report Issued on 2008 B737 Bird Strike Accident in Rome

On 10 November 2008 Ryanair Boeing 737-8AS EI-DYG collided with a dense flock of starlings (typical mass 40-1o0 g) on short finals at Rome Ciampino.  The Italian safety investigation agency, the ANSV, discuss this accident in a final report issued 20 December 2018. 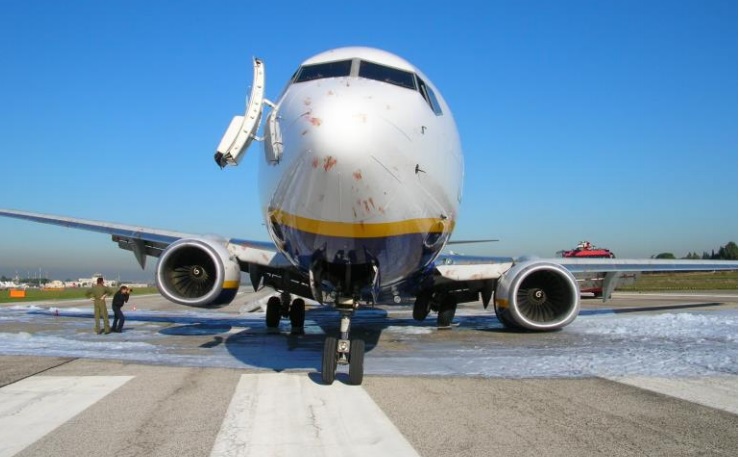 The crew spotted the birds and being aware of the relatively short 2207m runway, initiated a go-around around 100m from the threshold at approximately the same time as impacts occurred.  The crew said these sounded like hailstone impacts.

However, both engines were unable to deliver sufficient thrust, with N1 (fan speeds) dropping from 62% to 41%.  The aircraft, with 172 persons on board, rapidly lost speed and height. 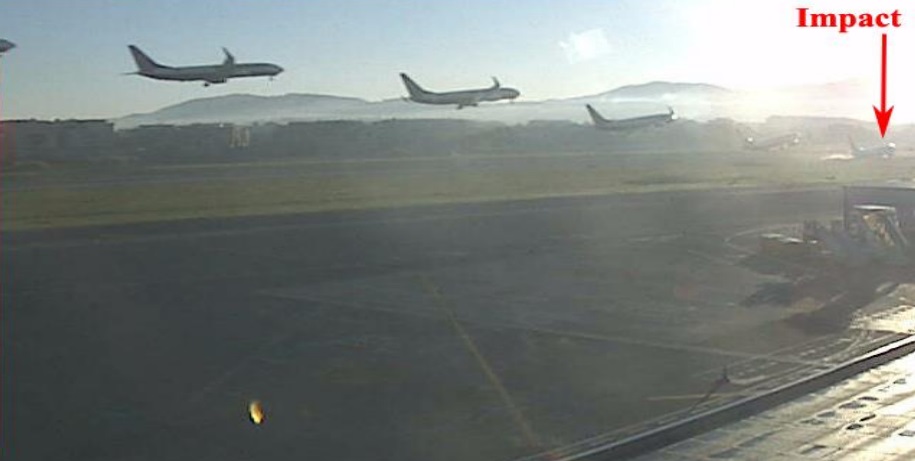 There were 8 injuries, all minor.

Investigators identified 86 bird impacts (on the radome, forward fuselage, wing leading edges, flaps undersides, engine nacelles and landing gear).  While this damage would not have affected control of the aircraft, there was extensive bird debris on the stator and rotor blades of the CFM56-7B26/3 engines. Investigators identified 55 impact points on the number 1 engine fan and 30 on the number 2 engine fan.

The fan blades themselves showed little damage.  The investigators identified that both engines had repeatedly surged after the impacts, which they believed to have considerably exceeded those required for certification.

ANSV Conclusions on Cause

The accident has been caused by an unexpected loss of both engines thrust as a consequence of a massive bird strike, during the go-around manoeuvre.  The loss of thrust has prevented the aircrew from performing a successful go around and has led the aircraft to an unstabilized runway contact.

They also explain that the elongated completion of the report was due to retirements and staff shortages.

ANSV recommends to provide flight crews with guidelines and/or operational and training procedures, based on a careful assessment of the risks associated with the conduct of the aircraft in approach in case of birds encounter or single/multiple bird strikes. These guidelines should include the following topics: to discuss bird strike risks during take-off and approach briefings when operating at airports with known or expected bird activity; in case of single/multiple bird strikes in the final approach phase, if landing is assured, it is preferable to land maintaining the lowest engine power setting possible rather than carrying out a go-around procedure (in case of birds ingestion, especially a massive one, the engines damages can be greater at high engine rpm, the latter typical of a go-around manoeuvre); to consider that engines damages or malfunctions might prevent the go-around manoeuvre from being completed safely and consequent impossibility to land on the runway.

ANSV recommends to provide indications in order to adopt specific trainings for flight crews, to cope with the surprise and startle effect, particularly in critical phases of flight such approach and landing.