On 6 June 2020, Airbus Helicopters EC145 (BK117C2) F-ZBQF, callsign Dragon 64 of the Sécurité Civile based at Pau, was damaged after a rotor strike during a mountain rescue near Laruns, Pyrénées-Atlantiques. 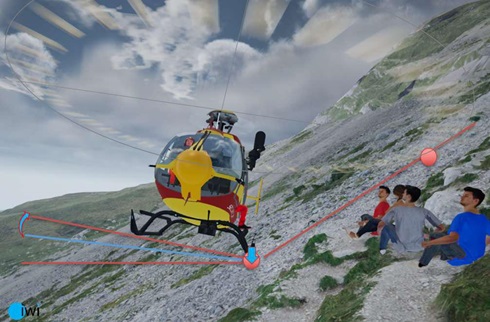 Investigators of the BEA-Etat (BEA-E) explain in their safety investigation report, issued in French on 17 July 2021, that the helicopter had been tasked to provide assistance to an injured hiker in the area of the Col de la Taillandère at an altitude of 1,880 meters (6,167 feet). 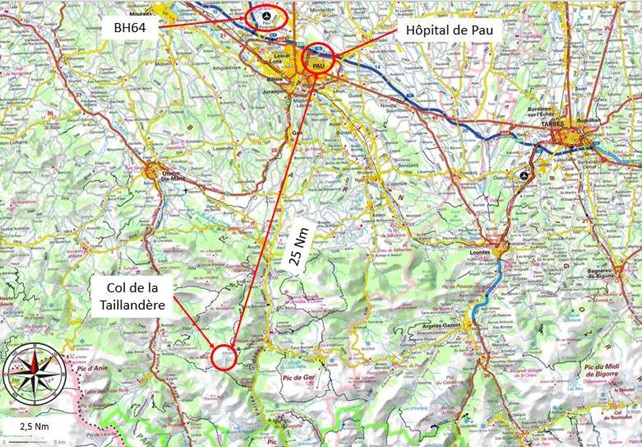 At 12:21 the crew spotted the injured climber.  Having done a site recce the helicopter landed about 100 m below the casualty.  The helicopter was shut down and the three-person mountain rescue team climbed up to the casualty.  On board the helicopter were a crew of two; the pilot, who had 10,753 flight hours in total, 3,235 on type and a mechanic / hoist operator, who had 4,912 flight hours in total, 2,655 on type.  Both had severed at that Sécurité Civile base since 2003.  The pilot was on their first shift after a rest period.  The hoist operator was on their second day after a rest period, but noticeably had only had 4 hours sleep the previous night. 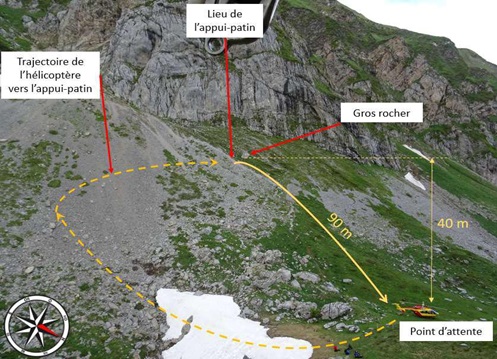 At 12:43 the mountain rescue team radioed they were ready, and the helicopter took-off at 12:46.  The crew were conscious that approaching clouds might stymie the rescue, so they decided to do a skid support rescue, rather than the original intent of hoisting the four people aboard.  This meant the casualty and rescuers would board while one skid was in contact with the ground to minimise time (shown in this VIDEO).  However, while conducting this manoeuvre, the main rotor struck the scree on the slope above the ground party at 12:48:18. 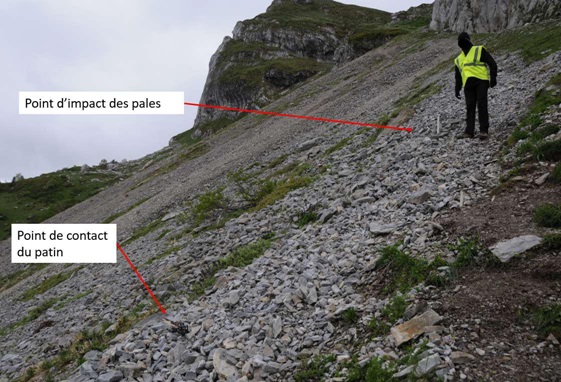 This blade strike resulted in strong vibrations and the helicopter became more difficult to control. 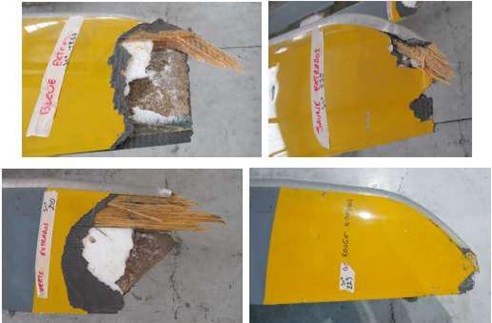 The pilot aborted the pickup and rapidly headed back to the site the helicopter had previously waited at.  At the end of the descent, the pilot increased pitch attitude to reduce sink rate and speed. 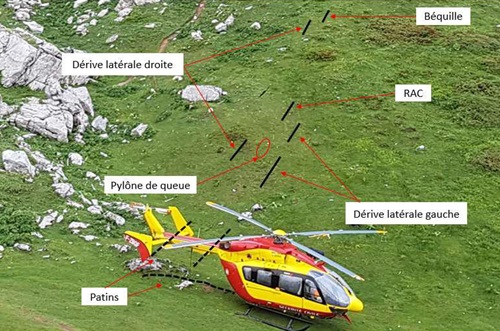 The tail boom, tail rotor and the vertical fins on the horizontal stabiliser all struck the ground at 12:48:28. 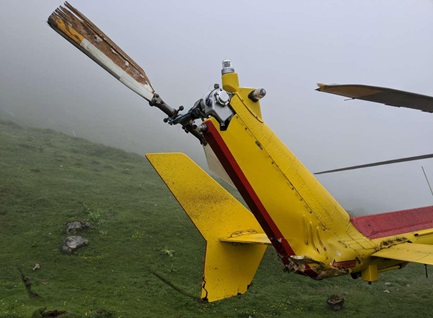 The pilot pulled on the collective to dampen the contact, causing a yaw to the right. The helicopter touched do after a rotation of approximately 270º.  The skids were partially ‘spread’.  The helicopter was still vibrating severely, disrupting activation of the emergency engine cut-off.  The helicopter was finally shutdown at 12:50:27.  Neither crew member was injured. 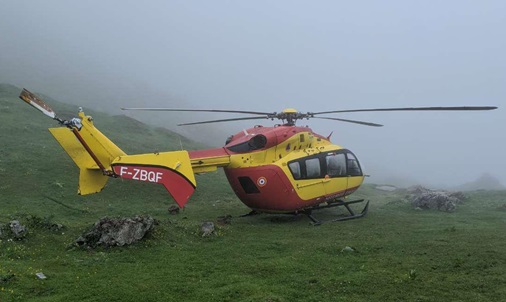 Less than 10 minutes after the event, the Col de la Taillandère was fully in clouds

The BEA-E Safety Investigation and Analysis

The rapid change in cloud conditions, characteristic of the mountain, gradually covering the intervention area, was a contributing factor to the event that influenced the organization of the recovery

The flight crew had encountered similar weather in the past, and the investigators suggest this may have created self-induced urgency as the weather started to deteriorate.

The investigators comment there was little communication between the flight crew and the rescue party.  It was only at 12:40 the pilot expressed concern about the deteriorating weather to the rescue party.  Prior to that the ground party had not felt unduly hurried because the aircraft was shut down.  Meanwhile, the flight crew were unaware that the casualty’s injuries were not considered life-threatening.

Although conducted frequently, there were no formal Sécurité Civile procedures for the skid support technique.  The same issue was noted in a 2019 accident we discussed here: Sécurité Civile EC145 Mountain Rescue Blade Strike

There was only brief communication between hoist operator and pilot in the last 20 seconds before the blade strike, and this did not include clearance information.  The hoist operator was focused not on the terrain clearance but on the deteriorating weather.  The location of the strike was on the opposite side of the helicopter to the pilot and to the rear, so an area only the hoist operator could determine the clearance. 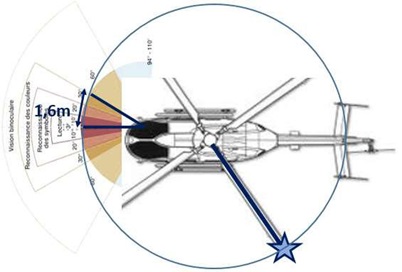 They also note that variations in power and ground effect “may also have caused the plane of rotation of the blades to vary, bringing it closer to the ground”.  The BEA-E comment the clearance was “very low” and calculate it was 20-30 cm at best. 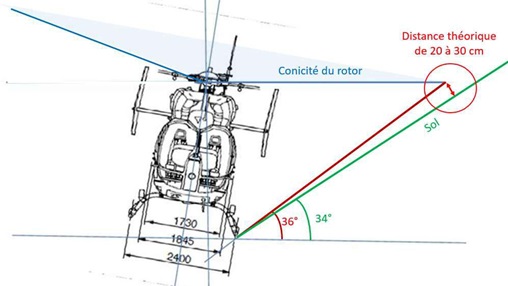 Perversely the crew’s high experience levels “may have led them to overestimate the margins they had” say the investigators and mutual-confidence reduced the likelihood one would challenge the other.  They also hypotheses that familiarity can further reduce communication.

The accident occurred after a period of low operating tempo during the first COVID-19 lockdown that reduced mountain rescue flying.  A lack of mountain rescue recency may have been a contributory factor say the investigators.

When the helicopter’s tail rotor stuck the ground, at the end of the escape manoeuvre, the tail rotor drive shaft was severed, explaining the loss of yaw control in the final moments of the flight.

Twelve safety recommendations were made by the BEA-E.

UPDATE 6 August 2021: This accident will be subject of a BEA-E presentation at the ISASI 2021 virtual seminar.