Step Change in Safety held a webinar on North Sea helicopter safety (covering CA-EBS, emergency egress, FCOMs and airworthiness matters) on 9 March 2016 (following on from a March 2015 event we have previously covered).

Step Change is a tripartite UK offshore health and safety organisation combining companies, unions and regulators, formed in 1997.  The organisation has 5 strategic themes, each with a steering group:

We have previously discussed at length the rapid development, certification and introduction of the Survitec Mk50 Passenger Lifejacket with a Compressed Air EBS (CA-EBS).  The earlier LAPP Jacket with a hybrid rebreather has recently been withdrawn from HUET training with the introduction of a new OPITO Basic Offshore Safety Induction and Emergency Training (BOSIET) and Further Offshore Emergency Training (FOET) standard (which we have previously discussed).  The Mk50 lifejacket is now used, however ‘wet’ CA-EBS training has not been introduced as yet.

It was noted that the CA-EBS is a “fundamentally better” system than the previous hybrid rebreather and the goal is to introduce wet training.

The UK regulator, the Health and Safety Executive (HSE), “perceive a risk” of barotrauma for repeated ascents from a depth of 1.5m during HUET.  This was called a “minuscule’ risk but one that that “needs to be managed”.  It was suggested during Q&A that it was originally understood that the HSE would waive certain requirements of the Diving at Work Regulations during HUET training but that a “risk averse” position is currently being taken.  Engagement on the medical requirements are still on-going.

Participants made positive comments about the revised HUET training but there was support for resolving the issues to allow wet training.

In the UK the Survitec Mk50 passenger lifejacket and CA-EBS in use.  Two performance reviews have been successfully held with Survitec on the Mk50 jacket. 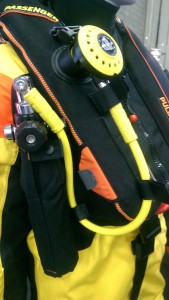 Survitec Mk51 and Viking jackets with CA-EBS are to be used for flight crew.

CA-EBS implementation is estimated to have cost about £20 million across the UK workforce.

Passenger size has also proved an implementation challenge, hence the decision to focus on bi-deltoid shoulder measurement as an appropriate single measurement which can be done by trained offshore medics.  Implementing this measurement programme was a ~£1 million investment to measure 75,000 people.

Passengers classified as Extra Broad (XBR) have bi-deltoid measurement >22in.

XBR passengers must seat in selected, marked seats with escape routes compatible with their size.  Over 75,000 UK offshore personnel have been measured, only 3% are XBR and none the Super XBR category.  As 30% of seats in the current fleet are XPR compatible (shaded grey in the diagram below) it is unlikely this restriction will every adversely affect any individual flight. 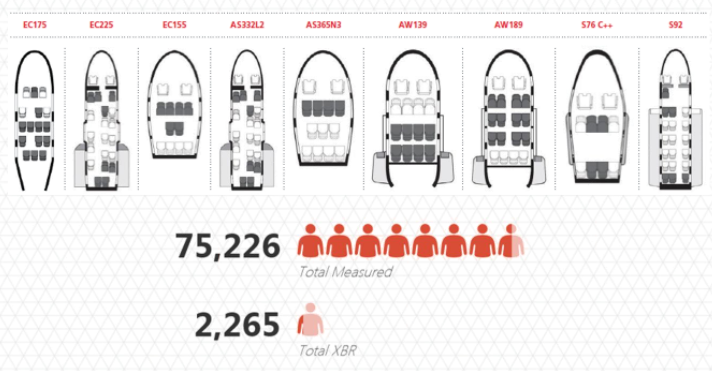 It has been decided that only those with an initial measurement of over 20in will be re-measured every 4 years (prior to HUET training and ideally, for simplicity and efficiency, by offshore medics).

There had been feedback that the XBR seating is not consistently occurring on return journeys (were Helideck Landing Officers [HLO] are responsible for verifying seating).  A quick poll was conducted online and, of those that had a view, 18% believed there are or have been issues with the XBR seating process.  SCinS appealed for direct feedback.

Andrew Dettl, the Airbus Helicopters Director in Aberdeen gave a detailed and very open presentation on its current safety initiatives.

Airbus Helicopters has 11,858 aircraft currently in service and its helicopters have flown 90 million flight hours worldwide in total, 10 million on oil and gas operations.  The company has 32 of its products operating from Aberdeen.

In addition to their traditional attention as a manufacturer on the continued airworthiness of their fleet, there has been a greater focus in recent years on reliability and operational issues in partnership with their customers.  One example has been the cooperation on better explaining the automation features on new helicopters which lead to the development of new Flight Crew Operating Manuals (FCOMs) in collaboration with members of HeliOffshore. 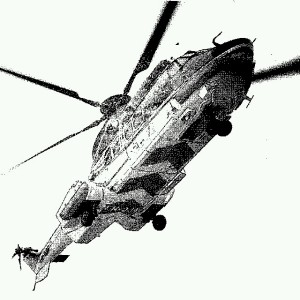 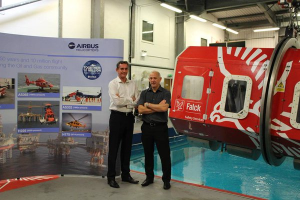 Aerossurance is pleased to sponsor a conference, to be held 6-7 July 2016 at the Royal Aeronautical Society (RAeS) HQ at 4 Hamilton Place, London, on ‘Automation & Offshore Operations’.

Aerossurance has extensive helicopter safety, airworthiness, operations, survivability, safety analysis and contracting experience.  For aviation advice you can trust, contact us at: enquiries@aerossurance.com