In May 2018 the US National Transportation Safety Board (NTSB) published two reports into accidents involving helicopters attempting to carry out wildlife net captures.  UPDATE 11 July 2019: Another netting accident report is published.  UPDATE 8 November 2019: …and another.  UPDATE 13 February 2020: …and again; the fifth accident in just 18 months.

On 12 February 2018, Hughes (later MD) 369D N338HW of Helicopter Wildlife Services was manoeuvring at a low altitude in an attempt to net an elk near Heber City, Utah.  According to the NTSB report: 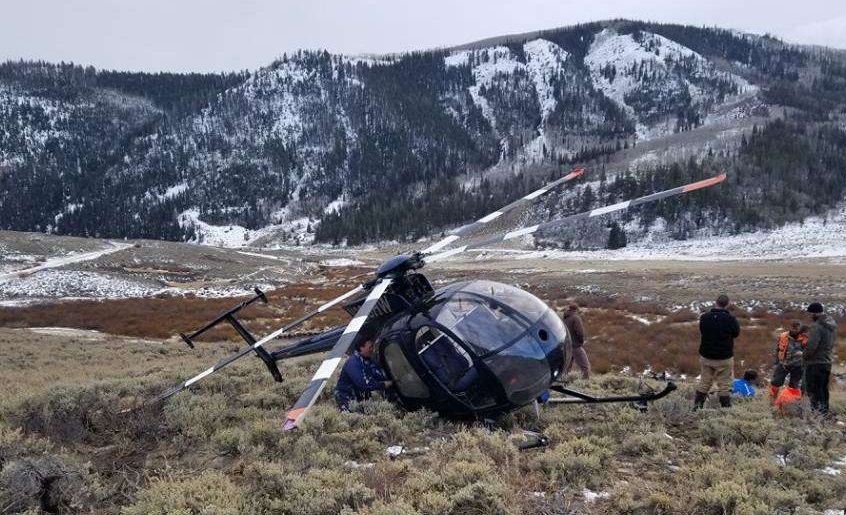 Postaccident examination revealed that the tail rotor had struck the elk when the pilot pitched the helicopter’s nose up. 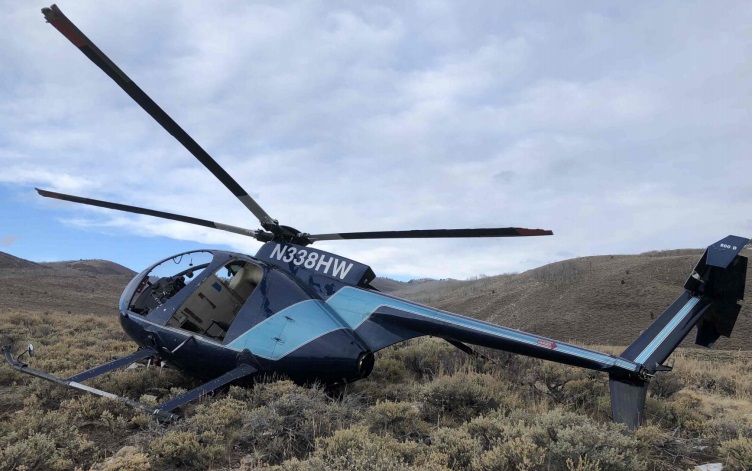 The helicopter sustained substantial damage to the tailboom and rotor [sic].

The two persons on board were uninjured.  NTSB do not comment on the fate of the elk, but other sources state its injuries were terminal.

The pilot’s failure to maintain clearance from an elk while maneuvering at a low altitude.

A few months earlier, on 26 October 2017 in La Paloma, Texas, Airbus Helicopters EC130T2 N22TZ of Richardson Aviation was manoeuvring at low altitude with two net gunners located on the left and right in the aft cabin according to the NTSB report.

The pilot reported that he entered a left bank to pursue a deer. The deer was located “between our 8 and 9 o’clock position, and the net gunner made the net shot at the deer.” The pilot observed the net miss the deer and simultaneously heard an unusual “whooshing noise” coming from the helicopter.

He made a precautionary landing, and during the shutdown, he noticed what he described as an unusual discoloration of the main rotor disc.

Examination of the main rotor blades revealed that one of the blades had a large hole in it, about 5 ft from the blade tip. 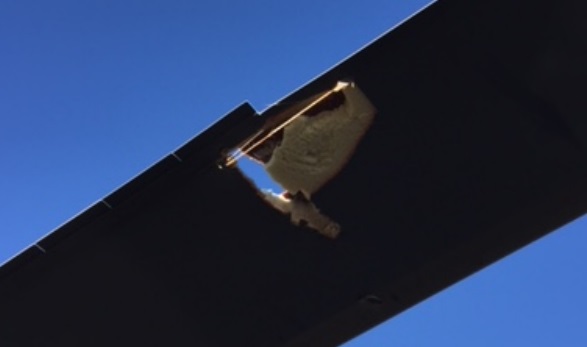 The net that was fired at the deer was recovered and was found to be missing one of the weights that are normally attached to the net’s corners. 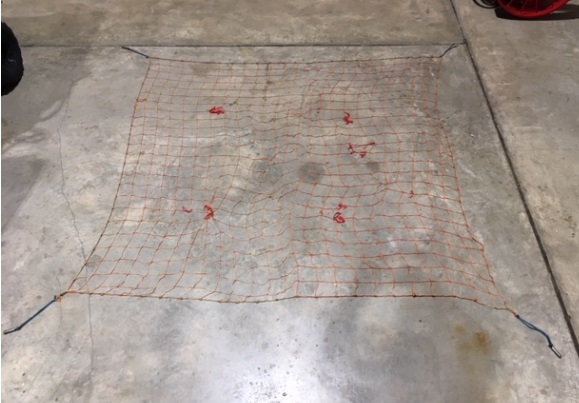 The separation of a weight from the gunner’s net, which struck the helicopter’s main rotor blade during flight.

On 27 January 2018, Hughes 369D N369TH, operated by Hells Canyon Helicopters (seemingly on contract to the Washington Department of Fish and Wildlife) crashed NW of Pomeroy, Washington.  One person died and two were seriously injured. 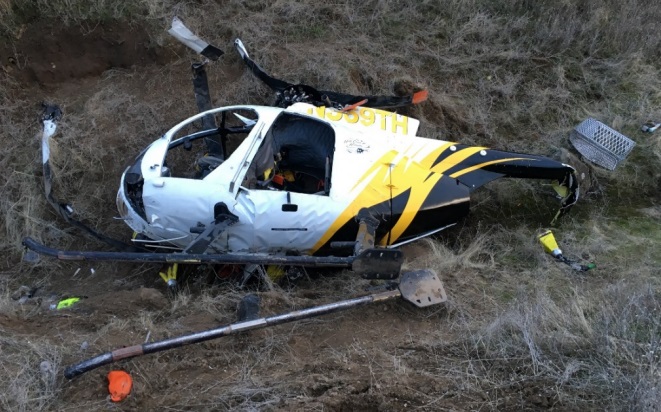 According to the NTSB safety investigation report (and on-site supplement):

Neither survivor could remember much about the accident.

The tail rotor hub and stop exhibited contact marks and dents consistent with excessive tail rotor blade flapping. One blade appeared undamaged, and the outboard 2 inches of the second blade had a dent with gouge marks with evidence of metal transfer consistent with stainless steel, similar to that of the net weight; the remaining section of the blade was bent and curled.

…addition, since there are several accounts of windy conditions it is potential that the wind affected the nets ability to open and possibly the net trajectory.

A loss of control following the gunner’s failure to ensure that the net maintained clearance from the tail rotor. 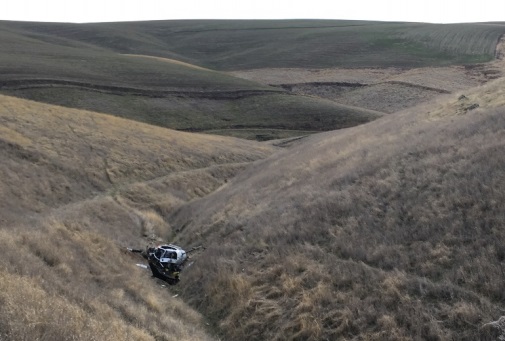 …while attempting to net a calf during a caribou capture flight, …got within shooting range for the net gun, but the calf suddenly “broke right.”

[The pilot]  then turned the helicopter to follow the calf, and while turning, the pilot thought the shot would not be possible and that he should set up for another run, but the gunner fired. The pilot heard a “bang,” followed by a strong vibration. The pilot landed the helicopter without further incident.

The pilot reported that postaccident examination revealed that one of the main rotor blades had sustained substantial damage, which he assumed was from a net weight.

The NTSB report that on 26 June 2018 that R22 N122CH was manoeuvring at low altitude in Encino, Texas to net a bull.  “…the gunner fired…the net deployed” but it “ensnared the helicopter’s skid and the bull. The bull continued to run, dragging the helicopter down, which resulted in the helicopter’s collision with terrain”.